A 25-year-old commercial fisherman from the San Mateo subdivision was almost killed on Tuesday evening, October 26th, when an unknown gunman opened fire at his house. The reported barrage of bullets hit windows and the front door, killing the family dog in the yard. Police responded to the incident, but no one has been reportedly detained following the violent attack. 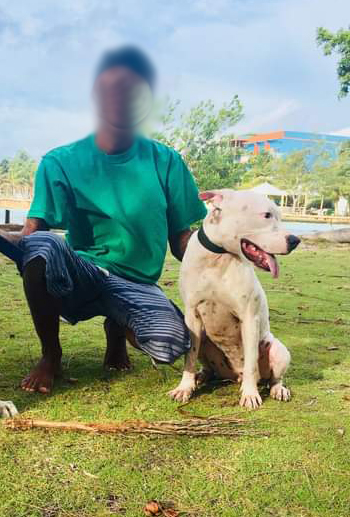 The fisherman identified himself as Lionel Cornejo and shared that he has two children, one two-year-old and one nine months. At the time of the shooting, he was alone at home. Cornejo said that he did not recognize the gunman but saw someone outside standing in front of his residence around 7:30PM that evening. He survived the ordeal by lying flat on the floor, counting at least eight gunshots.

When the danger passed, he found that his dog had been shot. According to Cornejo, the dog died in his arms. The main concern now is for his family. Cornejo believes that they could have been killed if his children had been at home during the shooting. Cornejo is puzzled and does not know who or why anyone will want to harm him. He said he has no enemies and is a hardworking man who does commercial fishing to take care of his family.

He asks the police to continue their investigation and find the responsible person. He fears for his safety and that of his family and asks neighbours to be on the lookout for any suspicious people in the area.