Close to 3PM on Tuesday, October 5th, islanders Gabriel Villafranco, and brothers Pedro and Sergio Tun were formally arraigned at the San Pedro Magistrate Court, in connection with the shooting at Cangrejo Caye that resulted in the death of Jerry Espat and injuries of three others. Villafranco was read charges of Murder, Attempted Murder, Use of Deadly Means of Harm, and Wounding. The Tun brothers were read charges for (2) counts of Attempted Murder, (2) counts of Use of Deadly Means of Harm, and (1) count of Grievous Harm. No plea was taken and they were remanded to the Kolbe Foundation-Belize Central Prison until January 5, 2022.

An official report from police says that Jerry, 25, and his three brothers 27-year-old Luis Enrique Santoya, 23-year-old Ricardo Anthony Espat, and 26-year-old Kirian Espat from the San Pedrito area of San Pedro Town, were out fishing on Saturday, October 2nd, when they were approached by two boats carrying a group of men. Santoya reported that one of the men from the approaching boats pulled out a firearm and fired several shots towards him and Ricardo. As a result, Santoya received a gunshot wound to his body, below his left knee. The armed attacked continued, resulting in the death of Jerry, who according to Kirian was shot several times on his back. Kirian was grazed to his right cheek and abdomen. Santoya and Ricardo managed to get away from the area in their boat, pursued by the gunmen. When they got back to the island, they were treated at the Dr. Otto Rodriguez San Pedro Polyclinic II. Santoya was airlifted to Belize City for further medical attention. A search began for Jerry, but his lifeless body was not found until the following day.

Tun Brothers’ family say they have an alibi

While the Espat family pleads for justice following the loss of their son, a family member of Pedro and Sergio Tun is asking for the same. The relative, who asked not to be identified, shared that Pedro and Sergio were in San Pedro Town and not out at sea when the shooting incident happened. The tragic shootout reportedly took place between 9AM and 10AM, and according to the Tuns, Pedro and Sergio were on the island running errands and not attacking anyone at sea. 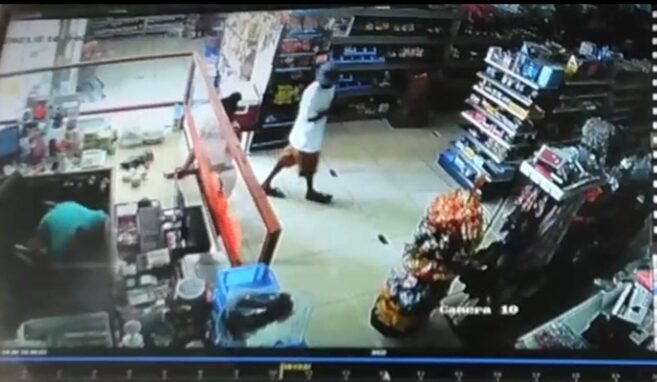 The family produced video footage showing who they claim are Pedro and Sergio inside grocery stores making purchases when the armed attack took place. 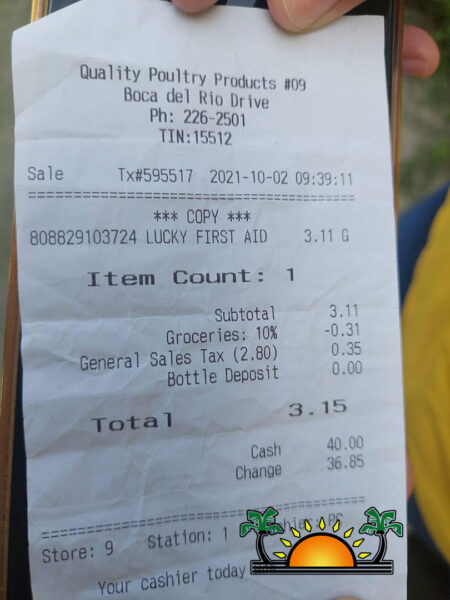 They also provided a receipt of purchase claiming it was done by one of the Tun brothers. The Tun family said they offered to share this information with the police, but it was rejected. They assured the media that police have charged the wrong people and it is unfair for their relatives. They also reiterated what some members of the Espat family said in a previous interview about the attackers. The Espats made comments identifying the assailants by nicknames, where they are from, and even said that a dark-skinned person was one of the shooters. According to them, they do not match the description of Pedro and Tun.

One of them added that one of the Tun brothers had reported his boat missing and it is unknown if police have recovered the boat. The family will not seek legal services to try and get Pedro and Sergio out of prison because they believe they are innocent.

In 2009, Gabriel Villafranco was one of four men charged for the double murder of James Swan Jr. and Edwardo Gutierrez. The victims’ decomposing bodies were found in a shallow grave on northern Ambergris Caye. Villafranco managed to get out of prison on bail. While on bail, he again came under investigation for the deadly March 2010 armed robbery of the Scotiabank branch in Spanish Lookout, Cayo District. Villafranco reportedly was on the run for months, until he was found in San Pedro Sula, Honduras. According to a report from that country, there was a shoot-out with Honduran police, and Villafranco was seriously wounded, but survived. Two other men were with Villafranco, namely Alex “Pinky” Edwards, and Benjamin Peters, and they did not survive the shoot-out. They had reportedly been involved in a highway bus robbery.

In May 2012, a jury of 12 found Villafranco and his alleged accomplices not guilty of the 2009 double murder of Swan and Gutierrez.

In September, 2014 Gabriel Villafranco was also arrested and charged for the shooting death of Rolando Espat Jr., who was gunned down in the San Pedrito area. The Espat family say that the case was dismissed, and they urge the government to change the judiciary system and extend harsher sentences to murderers. The Espat family believe it is the only way that the violent killing of Belizean youth will decrease.

US Embassy Provides Training to Improve Investigations into Aquatic deaths