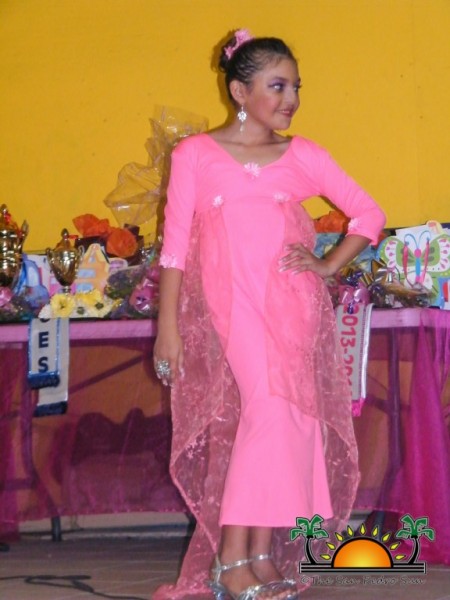 The title of Miss ACES and Mr. ACES was based on talent, while the Miss and Mr. Popularity contest is based on the most funds collected by the participants. Having the task to judge the pageant was Miss San Pedro 2000AdalyAyuso, Miss San Pedro 1956 Lenny Alamilla, and Mister Pacifico y el Caribe 2013/2014Jhoshi Alexander Valencia. Hosting the event was former Miss Lions Shantell Pascascio and Jorge Aldana. 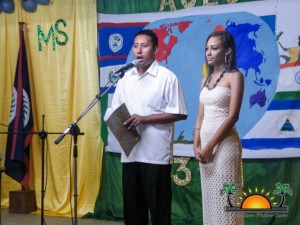 The theme for this year’s pageant was “International Cultures”. Audrey Pott represented Mexico, Hailey Haylock represented Belize, Danielle Rodriguez and Sueny Vasquez both represented Nicaragua. Each girl wore a colorful costume depicting the country they represented, and shared information about the country as well.
After their introduction,the girls and boys took center stage as they competed in the talent segment. Each participant presented either a song or a dance across the stage, entertaining the audience and certainly making the judges’ jobs harder.
While they took a breather and changed, a few dance presentations were performed by students of ACES. Then it was time to present each contestant in their elegant formal wear. The young ladies showed off their beautiful evening gownswhile the boys were extra handsome in their formal wear. After presenting their evening-wear, it was time for the nerve-racking question and answer segment. All contestants did their best and then it was up to the judges.
After much deliberation, the hosts were given the results of the competition.First runner-up for Mr. ACES was given to Alexander Blanco. Having raisedmore fundsthan his competitor, Blanco also took the title of Mr. Popularity. Winning the title of Mr. ACES 2013/2014 was Mark McLaughlyn. 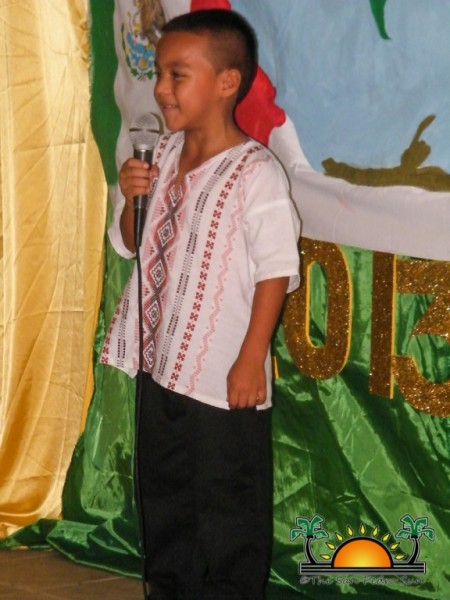 For the girls, the title of Miss Popularity went to Audrey Pott. She also was named third runner-up. Second runner-up was Hailey Haylock, Danielle Rodrigues was first runner up, and winning the pageant was Sueny Vasquez. Outgoing Miss ACES Morgan Cartwright gave her last appearance and crowned SuenyVasquez as Miss ACES 2013/2014.
Congratulations to all contestants and the winners. Great job ACES, on a great school event!

Over 13% of Belize’s population living with diabetes6 Photos

San Pedro gears up for the Christmas Season Celebrations10 Photos