The San Pedro Junior College (SPJC) held its 14th Commencement Exercise on the evening of Saturday, July 4th at the Rafael Angel Nunez Auditorium. 37 proud students celebrated achieving an Associate’s Degree before a host of family and friends. Not only did SPJC graduate its largest class, but the ceremony also marked its 15th year in operation. 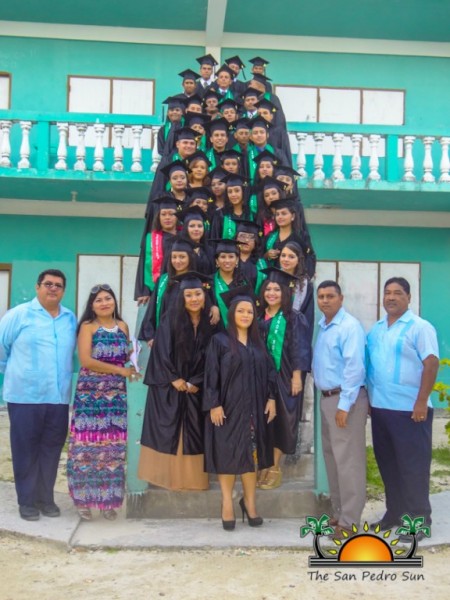 Held under the team “We live and we learn to take one step at a time”, the graduation ceremony kicked off shortly after 5PM, with the students marching up the aisle to the tune of Pomp and Circumstance. Abel Guerrero Sr. led those in attendance in a heartfelt invocation, which was followed by the Welcome Address given by class salutatorian Magdiel Shaw. Guest speaker for the event was none other than Mayor of San Pedro Town Daniel Guerrero. Following the Dean’s report by Gustavo Ellis, Honor Roll awards were issued. Jose Paz delivered the Chairman’s Address’ which was followed by the Valedictory Address by highest grading student, Oumaya Nasser. Diplomas were then distributed by SPJC Graduation Class of 2015 Patrons Mr. and Mrs. Myron Polis. Arian Paz gave a class reflection before joining her fellow students in the singing of their theme song “One Step at a Time” by Jordin Sparks. Closing the ceremony was Egbert Dennis Craft, who delivered the Vote of Thanks. 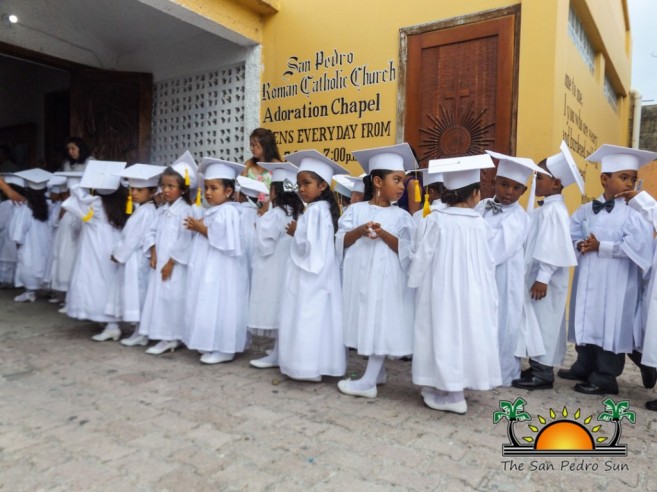 Closing off the 2015 graduation season was San Pedro Preschool, who held their ceremonies on Sunday, July 5th. The 49 graduating cuties were honored at a traditional mass service at the San Pedro Roman Catholic Church. When the time came for the distribution of diplomas, the students happily and proudly marched up to receive their diploma from school Principal Rosela Guerrero. The former preschoolers are now ready to advance to their Primary School journey. 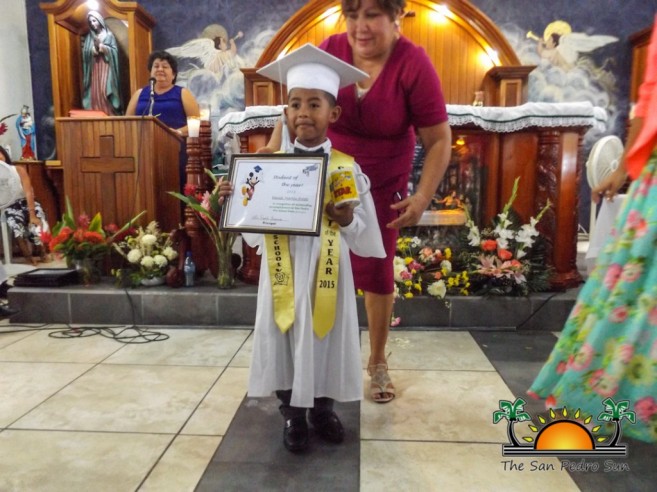