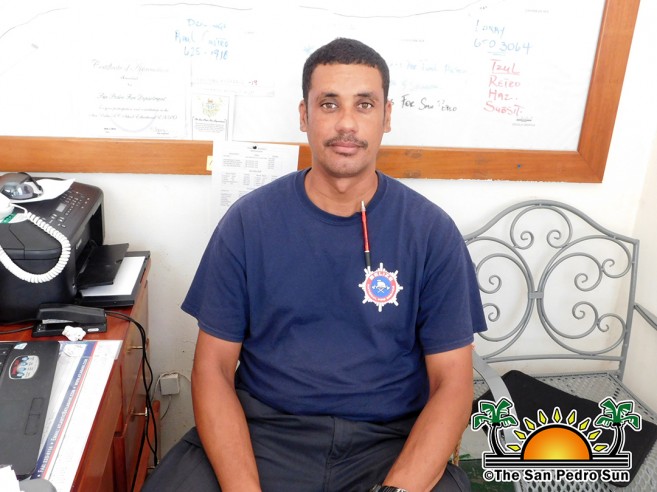 As of Monday July 2nd Gladstone Bucknor is the new sub-station officer in charge of the San Pedro Fire Department. Bucknor took over the position held by Newton Lennan, who was transferred to Belize City.  Originally from Belize City, Bucknor comes to San Pedro with over 22 years of experience as a fire officer. He has been a fire officer in Dangriga Town, Toledo, Belize City and Belmopan City.

According to the new officer in charge one of his main goals is to raise awareness of the best practices to prevent fire incidents. “My goal is to educate island residents and businesses through public meetings and presentations on ways fire incidents can be prevented, as well as how to react in case there is a fire happening,” he said.

The officer in charge also commented on the various incidents that have occurred in the past weeks in San Pedro, including the one that sadly claimed the life of four beloved islanders. “During these incidents, a lot people on the island are willing to help, that is why in the future I would like to have trained islanders who are willingly to become volunteers and assist the fire department in emergencies,” said Bucknor. He further stated that he will continue to train his staff to be able to react to fires in a more timely and efficient way, in order to prevent another catastrophe.

Bucknor would like to encourage everyone to work with them and remember that the fire station is open 24 hours and can be contacted at 206-2372, seven days of the week. The San Pedro Sun welcomes Bucknor, and wishes him the best in his tenure on the island.