Roadkill Bar Presents ‘Minute to Win It’ for Charity


Roadkill Bar has started a game night Based on the hit TV show “Minute to Win It” with proceeds benefiting a charitable organization in San Pedro. The game sees contestants competing in seemingly simple challenges with everyday items in hopes of skipping elimination and moving on to the next round. The game nights are held every Monday at 7PM. For an entry fee of $10BZ, participants get a free Traveller’s Rum drink and a donation to the charity of the night. Participants can also win one of several prizes donated from many local businesses. 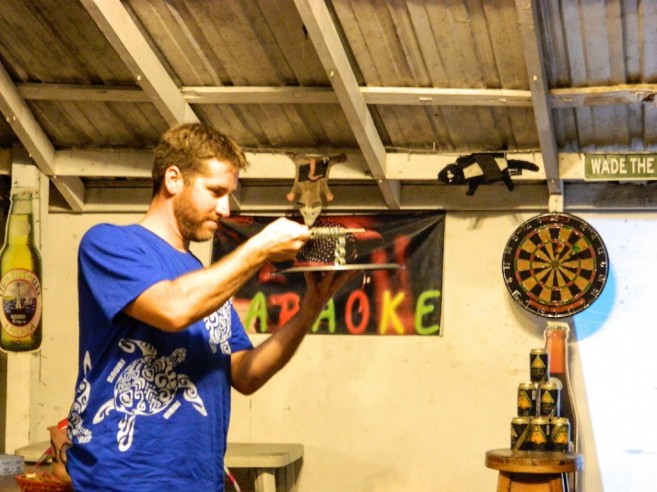 On Monday, November 9th, Roadkill held their soft opening of the game night. It raised a total of $80 for the Lion’s Den. Competition was stiff with games like ‘how’s it hanging’, ‘face the cookie’, ‘tilt a cup’ and ‘rapid fire’. Seven players signed up for the opportunity to test their skills and try out for the winners circle. 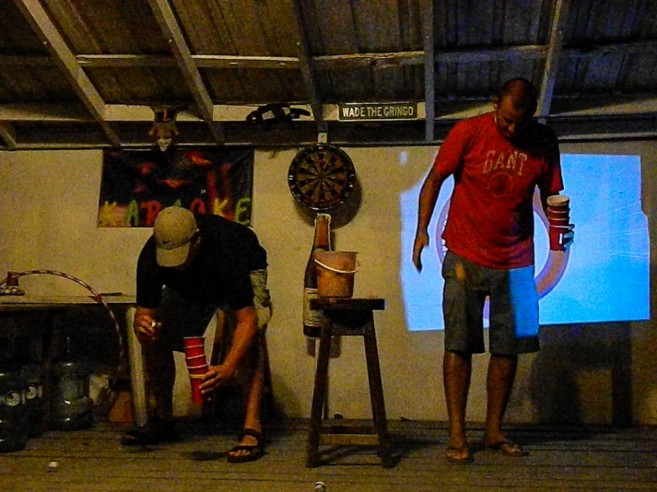 Nutstacker was the final elimination game between the two best players Larry Hasbrouck and Roman. Contestants had to create a free-standing tower from metal nuts suspended on a chopstick, by stacking them one on top of the other and without knocking the stack over. They both tied it up doing the challenge on a bar stool so as to make it harder. They did a rematch on a pizza pan.
Larry Hasbrouck, of Colorado, USA, went on to take the win as Grand Champion, and walked away with a $10 Roadkill gift certificate and Caye Coffee flavored rum cake made by Wade the Gringo. Runner up Roman won a $10 gift certificate and a Roadkill cozie. 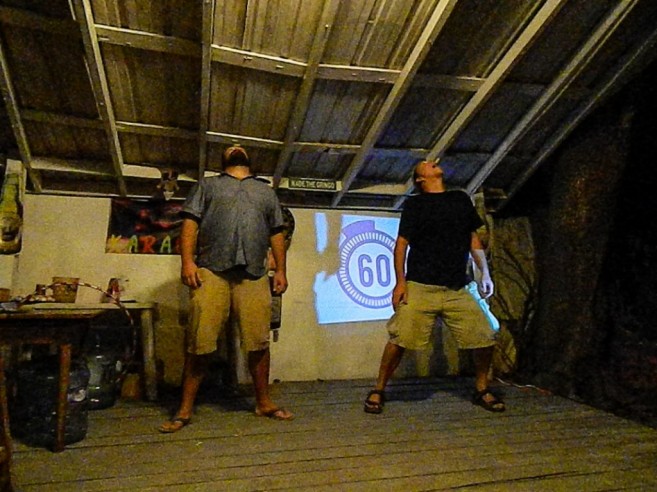 Mark your calendars for the next game night on Monday, November 16th at 7PM. Come out and support next week’s Charity of choice, which will be the Belize Red Cross San Pedro Branch. Follow Roadkill Bar Facebook page (https://www.facebook.com/Roadkill-Bar-San-Pedro-557928727568853/) for prize details and official event invites.

Games will not be announced ahead of time, but if you want to practice at home, please go to That Blue Print Guy on YouTube https://youtu.be/CoziBw7_XdM.