They came, they inked…they entertained!

Tattoo artists from as far as Costa Rica, the United States of America, Mexico and as close as Belize convened at the SPHS Auditorium for two days of art and entertainment.

Over the weekend of May 28th and 29th, hundreds of people came from all over the island and country, eager to see the masters at work, hoping for some ink of their own.

Of course, organizers Wimpas Sosa (Belizean Ink) and Carlos Serrano didn’t just have buzzing tattoo machines in mind for the weekend; live music and deejays, and Freak Shows were on the menu. By the time the gates closed on Sunday, plans were already underway for next year’s expo.

From the moment the artists touched down on the island, people were intrigued. For $20 a day, tattoo lovers – from the novice to the experienced – could stop by the various booths and check out the artists’ portfolio, then decide if they wanted to undergo some work themselves.

In no time at all, the background music was all but drowned out by the sound of buzzing machines. Colors, black and grey, small, large, fantastic pieces took shape on the human canvases.

Curious onlookers took pictures of the artists at work, perhaps deciding on their own piece for later.

Throughout the day, visitors had the opportunity to mingle and take pictures with two very unique individuals: Vickter Max and Carlos Serrano. 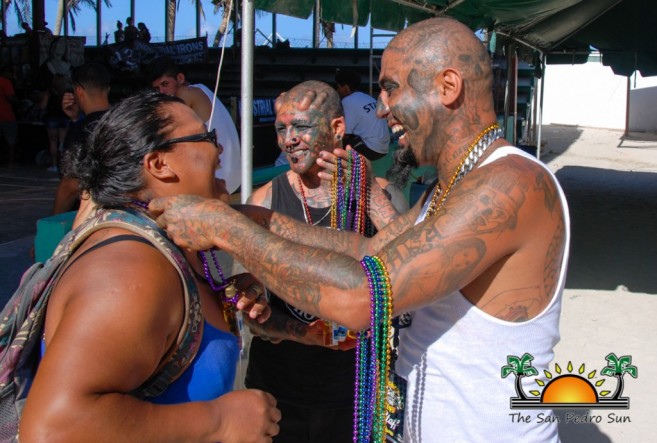 The fully tattooed gentlemen certainly added some color and excitement to the days, and children and adults alike took selfies and pictures with the uniquely adorned men. They were part of the activities lined up, and on Saturday night, Carlos took on the Freak Show title, hanging by hooks over the audience, powered by adrenaline and of course, the gasps and cheers from the audience.

Following Carlos’ act, live bands Almost 7 (cover band) and Verge of Umbra (original artists) took the stage to perform to the delight of the audience in attendance.

On Sunday night, it was Vickter’s turn, and he took eight hooks to the skin, then flew over the audience like Superman. His horned, tattooed, and fanged countenance, coupled with a ‘bloody’ show, had the audience shrieking and applauding with each swing overhead. 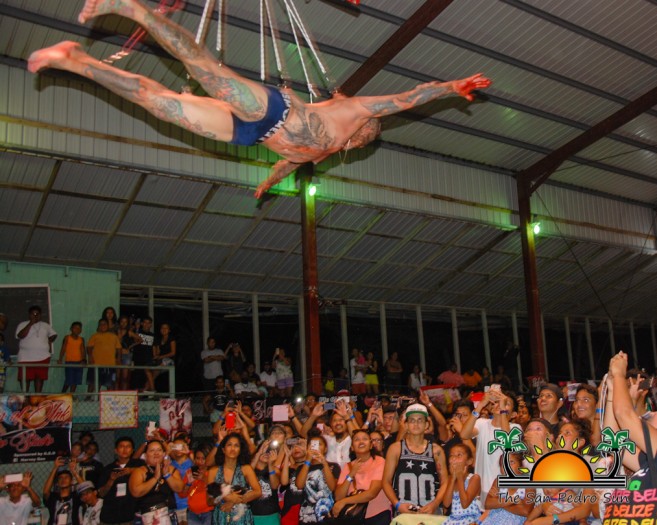 Once the freak show was over, it was time for the announcement of the expo winners. Throughout the two-day event, artists focused on pieces that would take either of the coveted titles up for grabs. Inks, trophies and a coveted machine made the prizes, which highlighted Best Black and Grey, Best in Color, Most Creative, Best Realism, and Best in Show. 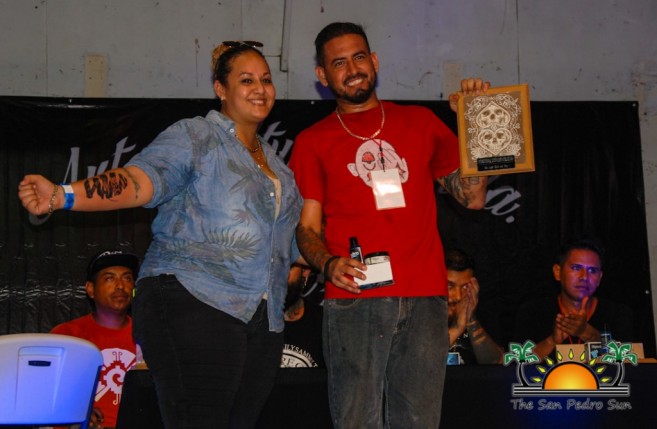 Belizean tattoo artist Patrick Peyre of Prik Custom Tattoos took the second place prize in Black and Grey; judges determined that there would be no first place winner in that category. There was also no entry for Best in Realism. 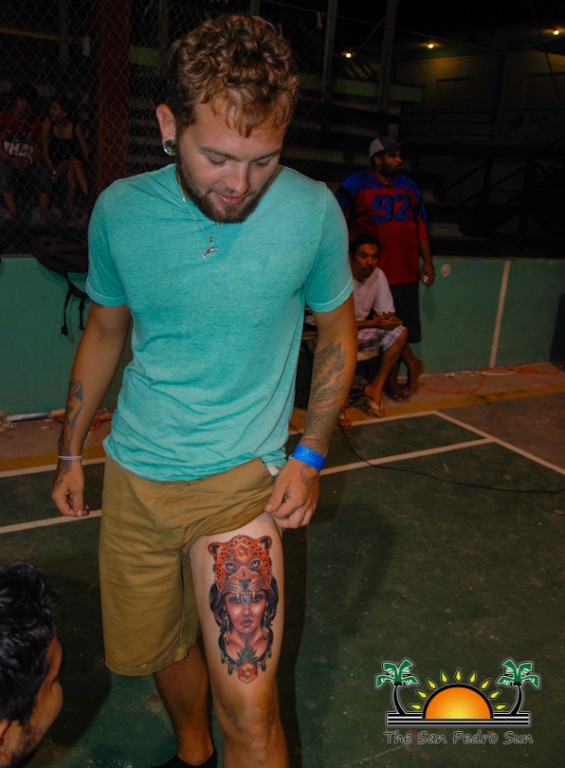 However, Best in Color went to Tito Zambrano (USA), while Most Creative went to Angel Azul (Mexico). The grand prize, Best in Show, also went to Mexican Angel Azul.

Angel Azul took the top prize (Best in Show) and Most Creative award. 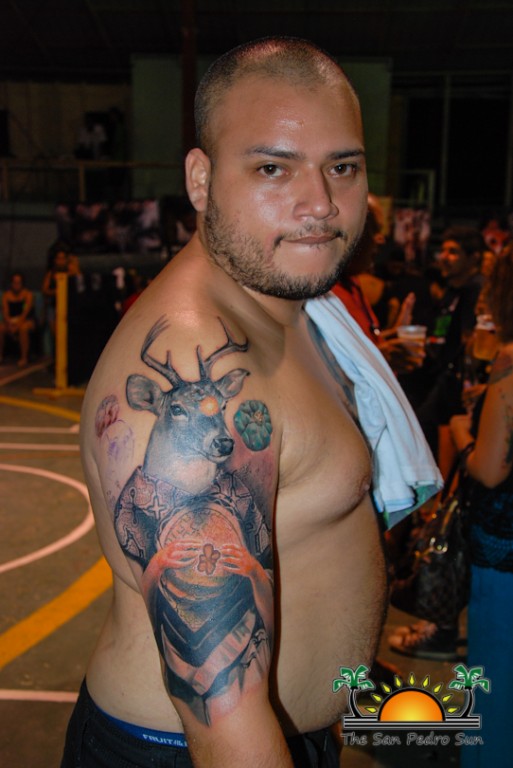 Congratulations to all the winners, and major respect and kudos to the organizers, volunteers and all those who attended what was one spectacular show.

We look forward to the next one!