« Older: Easter 2019 was all about the beach on Ambergris Caye
Newer: » Becky G is confirmed for the International Costa Maya Festival; new dates announced! 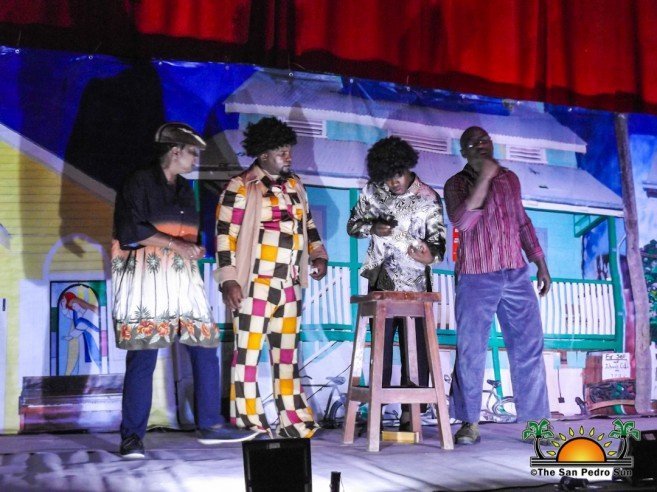 After a countrywide tour, Jankunu Productionz arrived in San Pedro Town on Friday, April 26th with the final performance of its dynamic play ‘Belize Rewind’ captivating a large audience at the Paradise Theatre. The theatrical show features a full historical and cultural immersion that depicts Belize from settlement to its birth as a nation in 1981. The entertaining show included original songs, dances, creative poetry and a drama that submerged the audience back in history revealing what Belize is all about and what it has to offer. 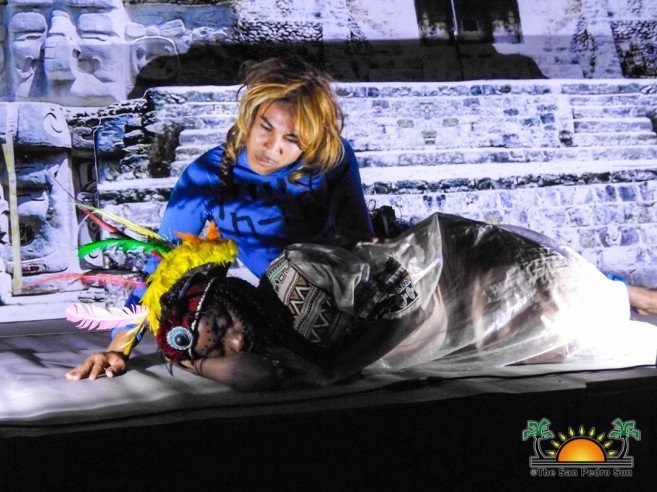 The anticipated performance began shortly after 7PM, as founders of Jankunu Productionz Julie-Ann Ellis Bradley and Sandra McKay welcomed everyone to the show. Opening the spectacle was an interactive number featuring the public meeting held before the Battle of St. George’s Caye in 1798. The audience played the part of the community back then, who participated in the public meeting whether to stay and fight the Spaniards who threatened to remove the English settlers and their slaves from what is now Belize or abandon the settlement. As in history, the activity showed that there was a 65 to 51 vote to defend the settlement. 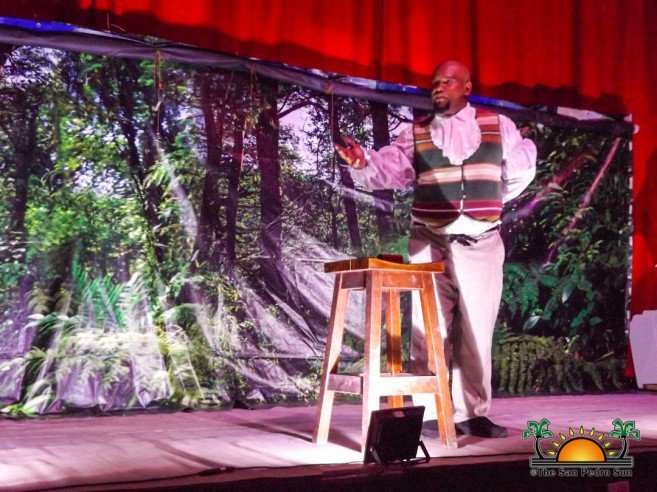 Next, there was a re-enactment of the Battle of St. George’s Caye in which the settlers known as the Baymen, defeated the Spanish army and resulted in the territory becoming an English colony.
The creative presentation transitioned into the times when the Yucatec Maya in northern Belize first interacted with the Spanish. In a dance performance, the actors showcased how this interaction eventually led to the birth for the Mestizo ethnic group, a combination of Maya and Spanish heritage. The Chinese, Garifuna, and Creole were also portrayed in the play, while the other groups comprising Belize’s melting pot, (Mennonites, East Indian, and Lebanese) were also mentioned. 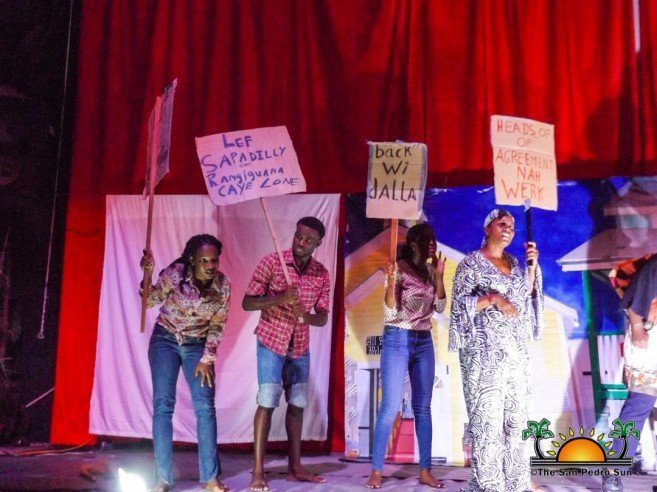 The show took a short intermission and then fast forwarded to the time when Belize was preparing to gain independence from Great Britain. This part of the show depicted what took place in those days leading to Independence Day in Belize City. People would gather around a street-side table and play dominoes, drink and converse about the events associated with the independence movement and the efforts made by the then politicians for an independent Belize. There were protests regarding the issue with the Guatemalan claim and what was being suggested to reach independence with such issue resolved. 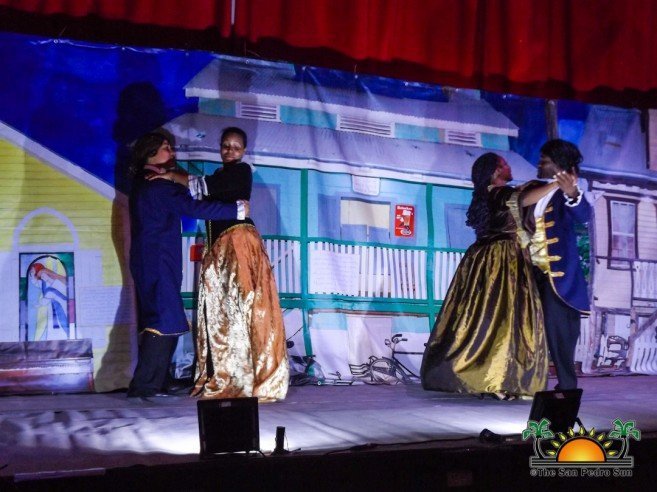 Independence Day came, and the occasion featured dance and song bringing together all Belize’s ethnicities as one. In the end, the cast closed the show by asking everyone in the audience to stand at attention for the Belize National Anthem. The production received a standing ovation and islanders that attended described it as a masterpiece of Belizean talent and the best way to entertain and educate everyone about the Belizean culture and history. 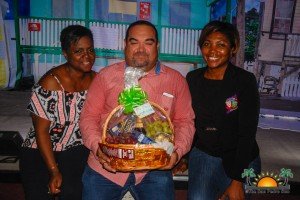 McKay thanked everyone for attending and supporting this unique production. She recognized the great effort of islander Eiden Salazar, who helped them bring the show to the island. McKay also announced that Jankunu Productionz would be back in San Pedro with another original Belizean production. On June 8, 2019, they will return to the island with the musical performance called ‘Kruffy Air.’

Tickets can be obtained at the offices of Reef TV/Radio or by calling 226-4054.