The biggest festival in Belize, the International Costa Maya Festival: Reignited, began on Friday, July 26th at the Honorable Louis Sylvestre Sporting Complex with the Reina de la Costa Maya pageant. Taking the coveted 2019 title of Reina de la Costa Maya was Lisbeth Valverde Brenes of Costa Rica! After an elegant show of beauty, glamour, and culture onstage, Valverde Brenes managed to charm the judges and crowd, walking away with the crown. 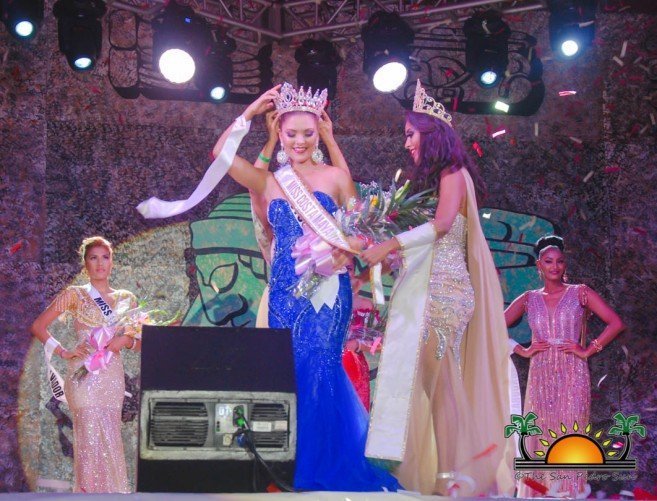 The pageant is the largest international pageant held in Belize and saw the participation of beauties from all Central American countries and Mexico. The lovely contestants that competed for the title of Reina de la Costa Maya were Jenelli Fraser of Belize, Lisbeth Valverde Brenes of Costa Rica, Nallely Juarez from Guatemala, Kerelyne Webster from Honduras, Diana Ramos from Nicaragua, Debora Rauda from El Salvador, Monica Reynaga from Mexico and Katherina Cabrales from Panama. Leading the night’s events were the hosts Eiden Salazar Jr. and Iris Salguero. 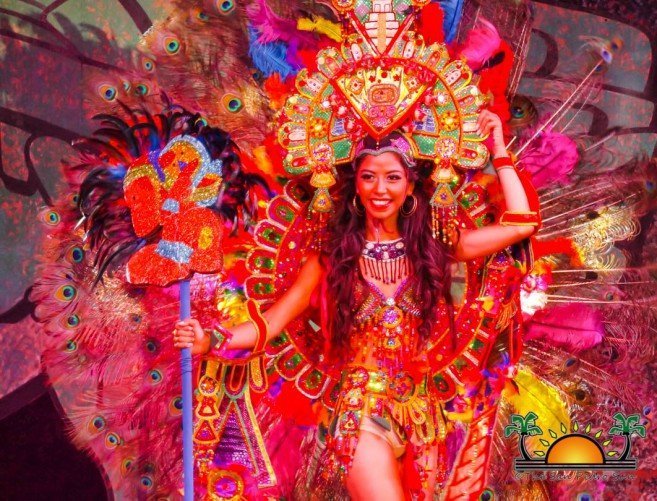 The first segment for the pageant saw the contestants in their colorful and breathtaking cultural costumes.

Beads, feathers, and vibrant textiles were crafted into unique pieces by craftsmen from each beauty’s country, and they proudly modeled their costumes to the delight of the audience. 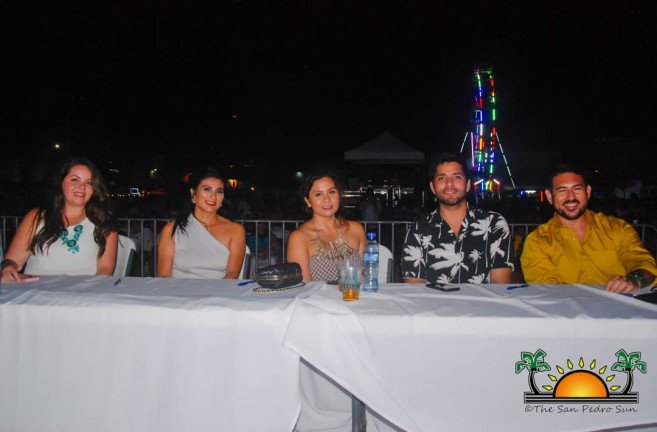 Judges for the night were Noriko Gamero, Marivel Gomez, Diani Burgos, Emilio Perera, and Javier Alamilla. Part of the preliminary judging had already been tallied from Noche San Pedrana, which was held on Saturday, July 20th. 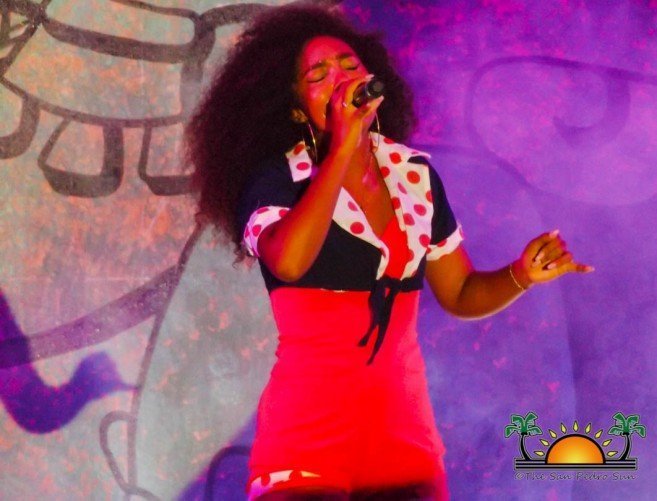 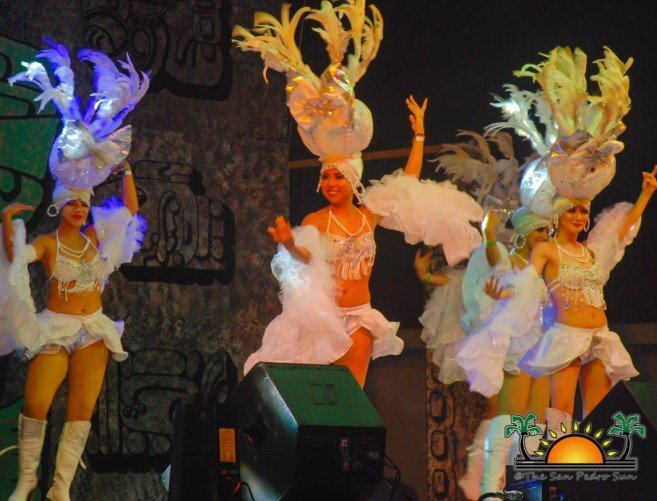 After their cultural display, the beauties headed backstage to get ready for their next segment. During intermission, Blonde Productions and Belize’s Marlyn Vansen kept the crowd entertained with energetic and creative performances.

The contestants then returned, modeling their swimsuits and rocking the stage with their confidence. Once again, they broke away to prepare for the next segment, and Blonde Productions brought out their performances to keep the audience entertained.

For many pageant aficionados, the highlight of the Reina de la Costa Maya pageant is the evening gown segment. Stunning dresses in varying shades were modeled by the contestants, who had worked long and hard for their moment in the spotlight. Grace, elegance, sheer beauty and pride of country propelled each contestant onstage, after which they waited to face the toughest part of the evening: The Question and Answer segment.

Answering questions that ranged in topics such as lack of education, inequality, protection, and preservation of the environment, and culture, each young lady was eloquent in delivering her answer.

After much applause for their poise and responses, they awaited the final deliberation from the judges.
Reigning Miss Costa Maya Mary Cruz Cardona made her final walk across the stage to deliver her farewell address, after which the contestants once again graced the stage to anxiously await the verdict. Taking the award for the Best National Costume was Miss Guatemala Nallely Juarez, Miss Photogenic went to Miss Costa Rica Lisbeth Valverde Brenes, and Miss Congeniality was awarded to El Salvador Debora Rauda. 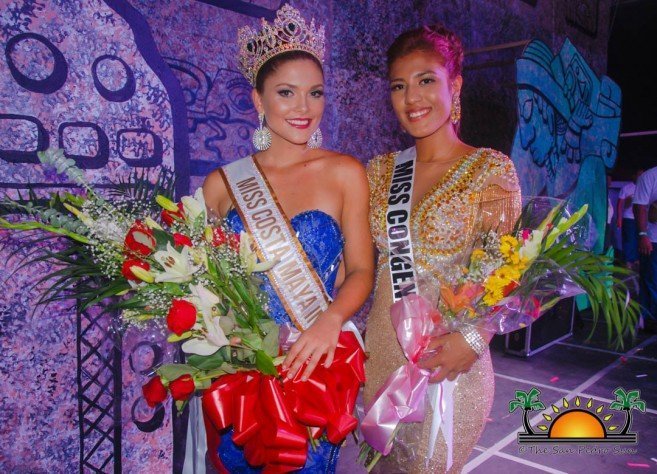 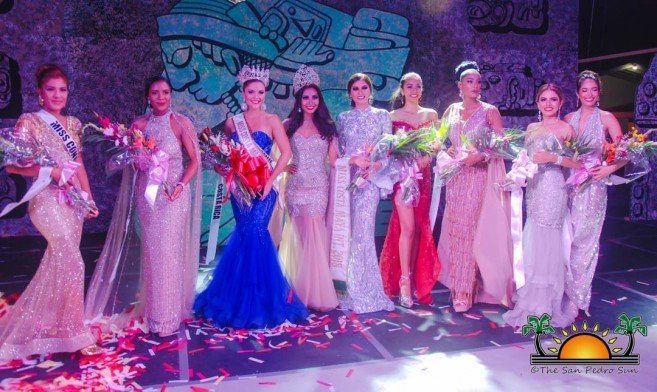 To much drumroll and fanfare, Lisbeth Valverde Brenes Miss Costa Rica was announced as the official winner! Fanfare, music, loud cheers, and a veritable air of excitement filled the grounds as Valverde Brenes was congratulated and crowned. 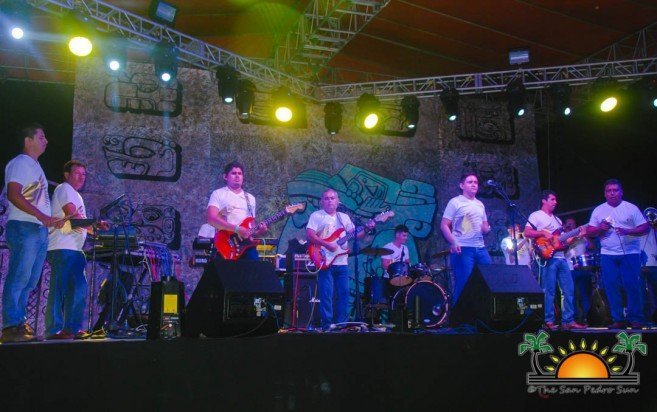 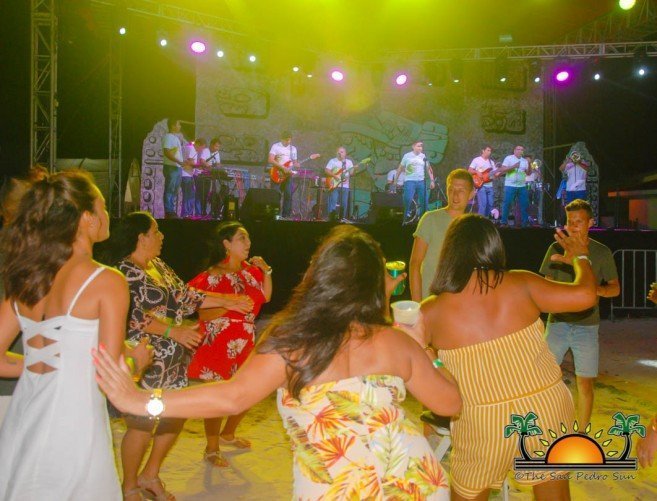 Immediately after, Banda Phoenix from Guatemala struck up their tunes to bring the best music for the after-party. Congratulations to Lisbeth Valverde Brenes, and may her reign be full of wonderful successes! 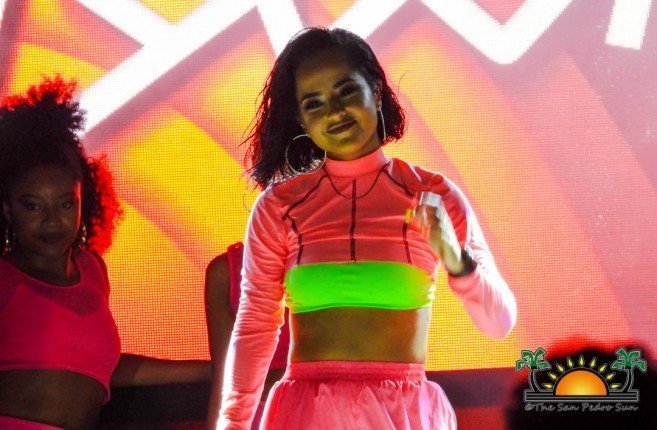 The big draw for the second night of the Costa Maya Festival was certainly the much-anticipated performance by songstress Becky G. Before she could come onstage to rock her fans’ world however, the stage was the venue for some Belizean superstars, including TR Shine, Marlyn Vansen, and the punta rock king himself, Supa G! 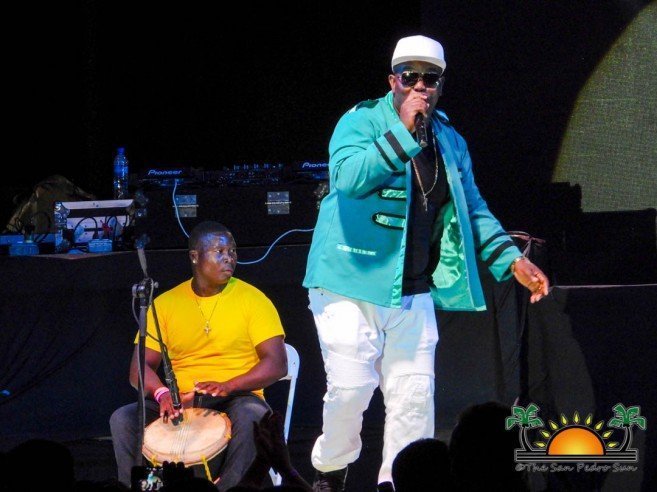 For over an hour, the talented punta legend showcased why he is known as The General, performing hit after hit, entertaining a very happy crowd of fans.

After his energetic show, DJ Jago and DJ Dalla got onstage to hype up the crowd. 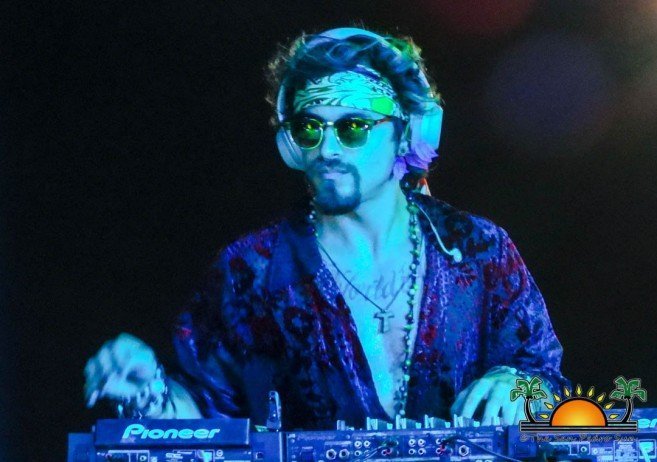 As the minutes passed by, the crowd grew, and the energy was high – everyone eager to hear their favorite Becky G songs. Her official DJ then took the stage, to the delight of the gathered fans, and began spinning tunes and setting up her grand entrance. Her dancers lined up and to the sound of her single “Booty,” and Becky G appeared onstage to a screaming crowd of fans. 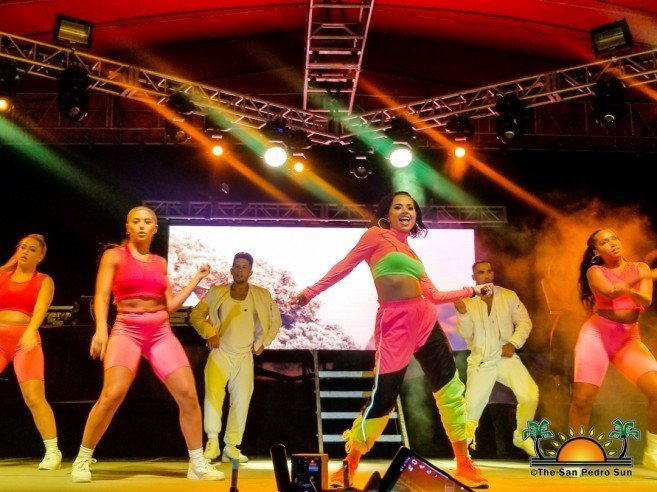 For 45 minutes, she performed top hits, including “Mayores,” “Sin Pijama,” “Cuando te Bese,” and more. The songstress even took the time to apologize to her fans for the misunderstanding upon her arrival via boat earlier in the day.

After a fantastic show, the after-party continued into the wee hours of the morning with the sounds of Cloud 9, DJ Jago and DJ Odyssey, and hosted by DJ Dalla. 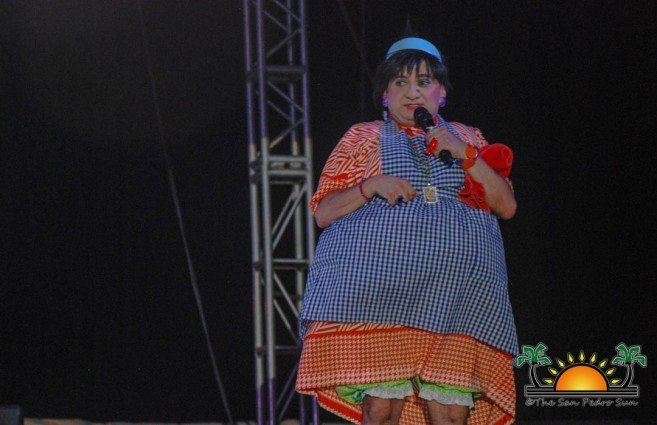 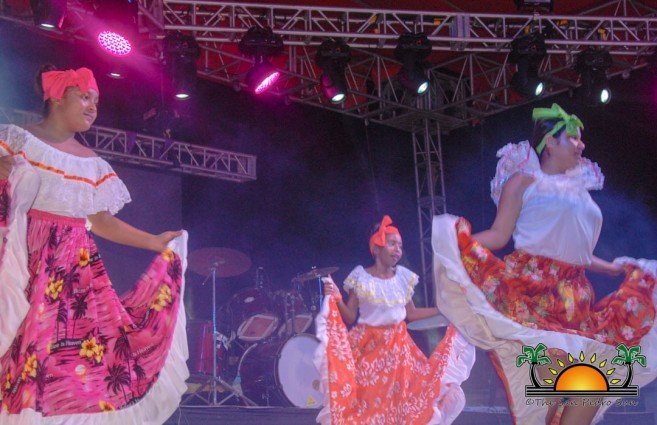 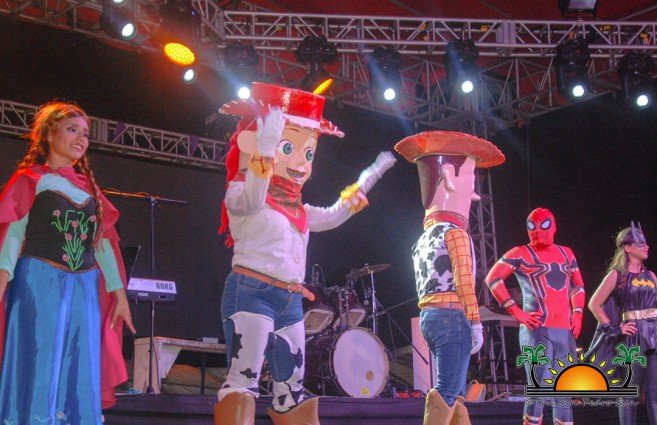 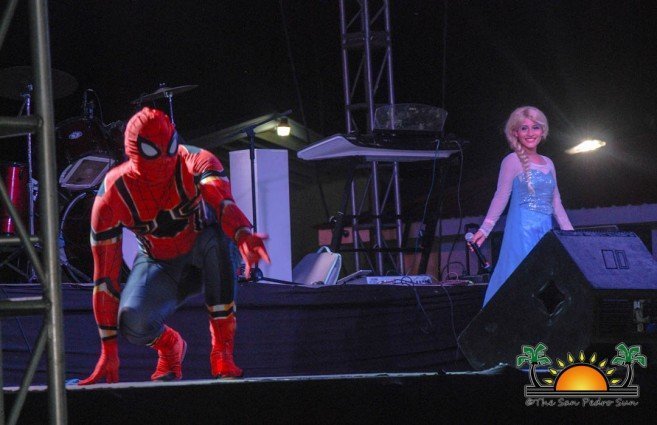 The events closing this year’s festival began with several dance presentations from San Pedro Dance Academy. Afterward, the children were entertained with an hour kids’ show with talented Mexican performers. Some of the performances included TV Show characters such as Toy Story, Batgirl, Spiderman and the animated musical fantasy film, Frozen. 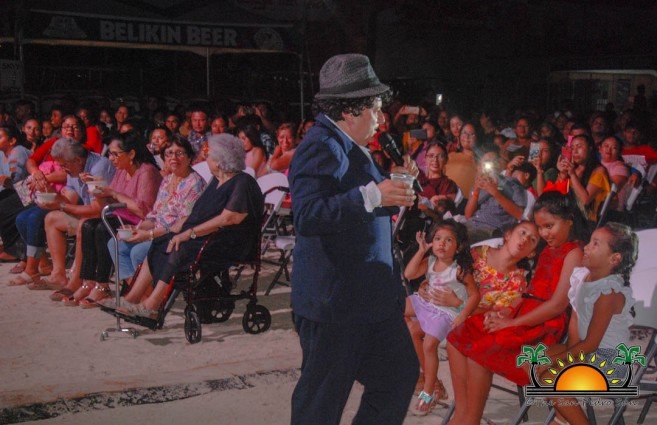 Lalo España was next, and the crowd welcomed him on stage with a roar of cheers and applause. He began his show by thanking everyone who made the festival possible and expressing how much he loves San Pedro Town. He then quickly switched into several characters that brought much laughter from the audience. 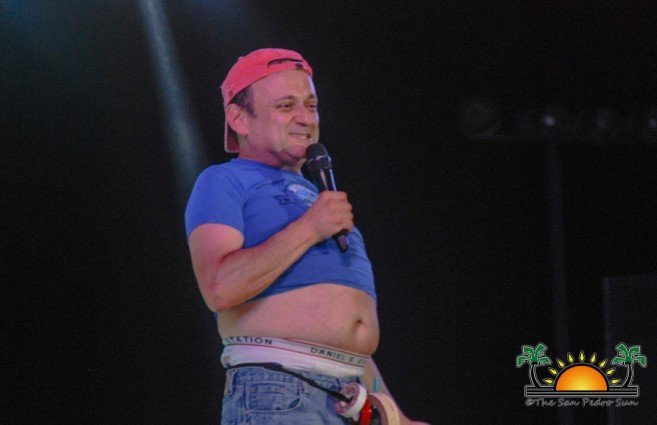 One of his most acclaimed presentations was that of German Martinez, a porter/concierge from the TV series Vecinos. Many in the audience interacted with the performer, much to the delight of the onlookers. Before wrapping up the show, Lalo treated the audience by topping off the festival with the personage of Margara Francisca. 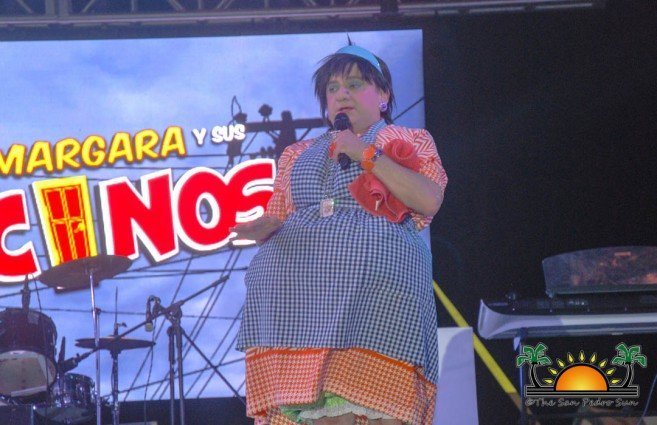 In the end, Lalo and his team received a standing ovation for a top-notch comedy show. 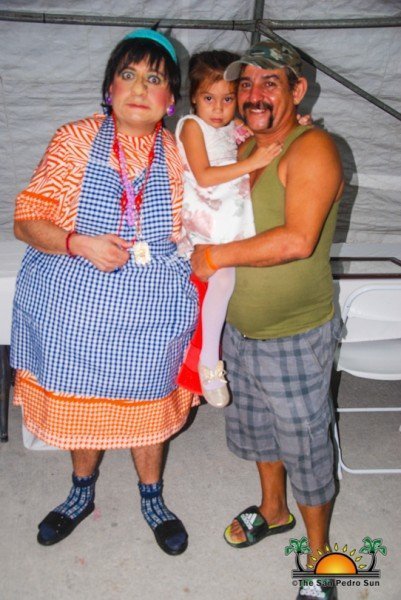 Lucky fans had the opportunity to meet Lalo backstage and snap some pictures with the comedian. 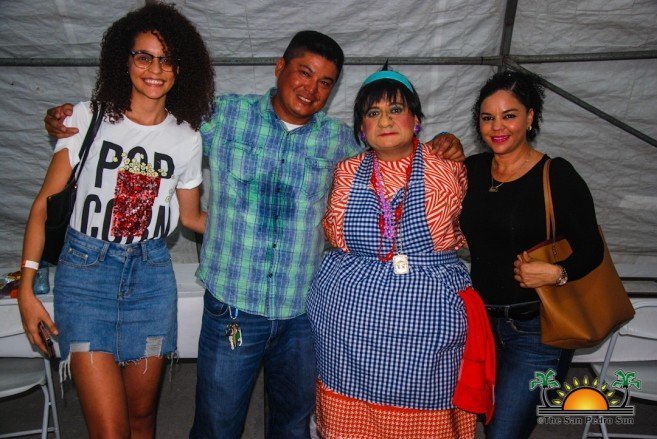 Onstage, Caribbean Roots band serenaded the audience until the wee hours of the night.

The International Costa Maya Committee thanks all sponsors who contributed to this year’s celebration. The festival was deemed a grand success and certainly lived up to its ‘Reignited’ rebranding. Plans for the annual event in 2020 are already underway. Que viva el festival de la Costa Maya!

Photos:Controversy at The Next Miss Belize Fashion Show