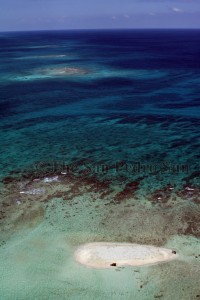 The Belize Barrier Reef Reserve System was inscribed as a World Heritage Site in 1996. Thirteen years later, in 2009, that very system was unfortunately placed on UNESCO’s (United Nations Educational, Scientific and Cultural Organization) list of World Heritage Sites in danger. A release from the World Heritage Center in 2009 stated,

“The main problem with the Belize Barrier Reef Reserve System concerns mangrove cutting and excessive development in the property which was inscribed in 1996 as the largest barrier reef in the northern hemisphere, with offshore atolls, several hundred sand cays, mangrove forests, coastal lagoons and estuaries. While requesting stricter control of development on the site, the Committee also requests that the moratorium on mangrove cutting on the site which expired in 2008 be reinstated”.

In that year, there were eight corrective measures identified to protect the Reef Reserve System’s World Heritage Status.

* Implement the necessary legal measures to guarantee the permanent cessation of the sale and lease of lands throughout the property, and the cessation of mangrove cutting, coral dredging and other associated real estate development activities;

* Ensure that development rights on existing private or leased lands within the property are clearly defined and strictly controlled with a view to conserving the Outstanding Universal Value of the property;

*Develop and implement a restoration policy for lands degraded by unauthorized activities;

* Develop a legal framework for co-management under which the respective responsibilities of the State Party and conservation NGOs can be effectively established, monitored and evaluated in relation to the conservation of the property;

* Systematically consider and address the threat of introduced species within the management plans for the property;

* Make publicly available the information on land ownership for all lands within the property, including mangrove islands, in easily accessible format, to ensure transparency in land use and allocations;

Almost two years later, on February 1, 2011, a report on the state of conservation of the site was submitted to the World Heritage Center. The report stressed on the fact that out of all the recommendations given, only three measures are being implemented. The same report also pointed out the issuance of oil concessions as a further conservation concern. As a result of these findings, the World Heritage Center and the International Union for Conservation of Nature have decided to leave our precious Barrier Reef System on the list of World Heritage Sites in Danger.