The Government of Belize (GoB) won the second round of court proceedings on June 21st against OCEANA. As readers may recall, Supreme Court Judge Justice Oswell Legall handed down his decision on April 16 declaring all offshore oil contracts “unlawful, null and void” and an injunction restraining the government from allowing offshore drilling to take place. The case had been brought before the court by OCEANA in Belize and the Coalition to Save Our Natural Heritage (COLA). Justice Legall’s decision was not accepted by the GoB,and thus led to an appeal brought to the Court of Appeals before Chief Justice Kenneth Benjamin on Tuesday, June 11th.

The appeal made by the GoB was to remove the injunction that Justice Legallhad ruled, under the stance that the injunction restrained them from monitoring oil companies; therefore they could not ensure that proper environmental guidelines were being followed. OCEANA reiterated that once the GoB was restrained from allowing offshore drilling, the companies could not proceed with any oil exploration.
After meticulously reviewing both sides of the case, Chief Justice Benjamin granted in favor of the application filed by the GoB, thereby lifting the injunction. This decision impacts not only OCEANA but the entire community that is against the practice of offshore drilling in Belize. 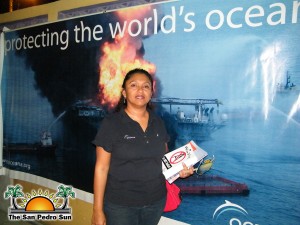 Vice President of OCEANA in Belize, Audrey Matura- Shepherd said, “Whether there was an injunction removed or not, we were always back at square one because here we have a government that has gone rogue, that has said that these companies can operate no matter what. Remember today’s ruling doesn’t affect anything on the ground; they have allowed everything to go ahead. Today’s ruling only eases the conscience of the government because they know that they have been allowing the companies to run rogue all along so this is just to give them a little push and the confidence they need to justify what we have deemed an unlawful, improper, irresponsible and reckless behavior from the start.” According to OCEANA, GoB is not upholding the ruling since in May, the Petroleum and Geology Department released a map which showed that the oil exploration blocks for Providence Energy and Princess Petroleum were still intact even though they had been ruled null and void. “The map clearly undermined the ruling of Justice Legall,” said Matura- Shepherd.

Denys Barrow, the lawyer representing the GoB, stated that the lifting of the injunction is only so that the GoB can properly handle oil drilling in Belize, “Ministry can now freely, openly and in accordance with the Production Sharing Agreement (PSA) and in accordance with the general law, regulate what is taking place. So that they can ensure what takes place is properly taking place and they can ensure what the Government wants and what the nation of Belize wants will take place without any interruptions, uncertainty, doubt as to what can be done.”

The written decision was handed down by Chief Justice Benjamin on Monday, June 24th. OCEANA will be appealing this decision, and will be joined by COLA.

Meeting to addresses the use of Fish Aggregating Devices