“We are extremely proud and gratified to honor Dr. Melanie McField with the Oceana in Belize Ocean Hero Award for 2013! And our Wavemaker Award 2013 goes to the Ottley Family,” announced VP Oceana Audrey Matura-Shepherd during a celebratory cocktail party at the Caracol Room on Saturday, June 8th, 2013. 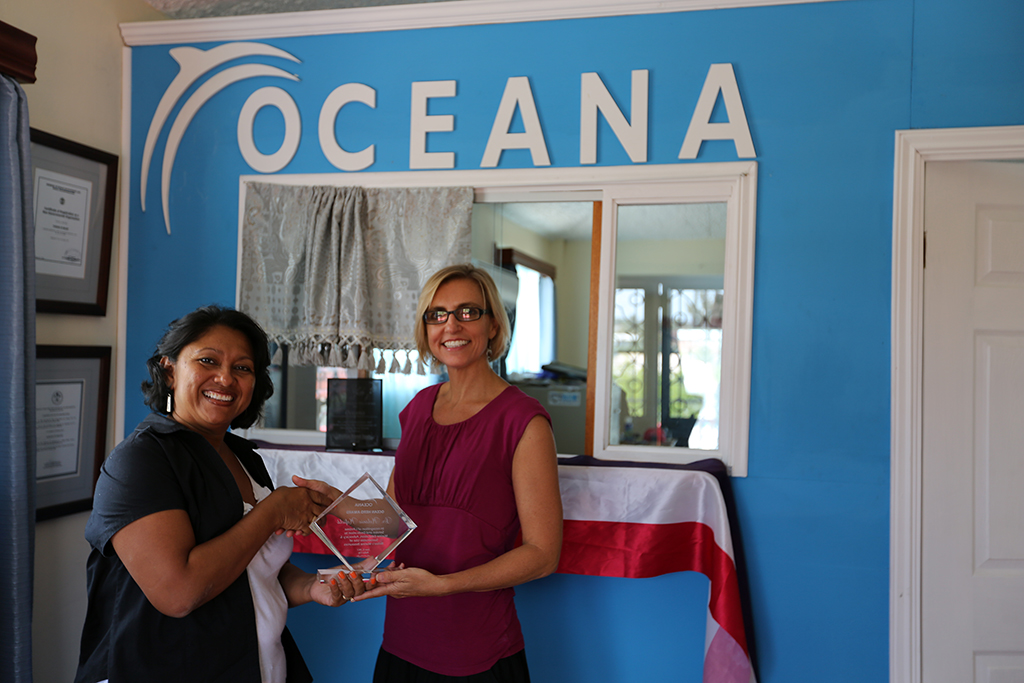 “Truly, Dr. McField, who is not present tonight to accept this award, is a Belizean who has consistently and unselfishly worked toward the protection of Belize’s marine resources. And the Ottleys, whenever we have issued a call for assistance, they have consistently volunteered and assisted Oceana with accomplishing its mission,” Audrey stated.
Saturday’s festivities also included the opening of a photographic exhibition in conjunction with the Radisson Fort George Hotel. SEA PEOPLE, the photo exhibit, is mounted in both the Villa Lobby and the Colonial Lobby. The images capture the people, places and fish from the coastal communities of Belize, from Sarteneja Village up north to Barranco down south, and aim to address issues of juvenile fish overfishing to the destruction caused by gillnets.
The photos will remain on display until June 14th, 2013. Members of the public are invited to stop in to view the exhibit between 9:00am and 7:00pm. 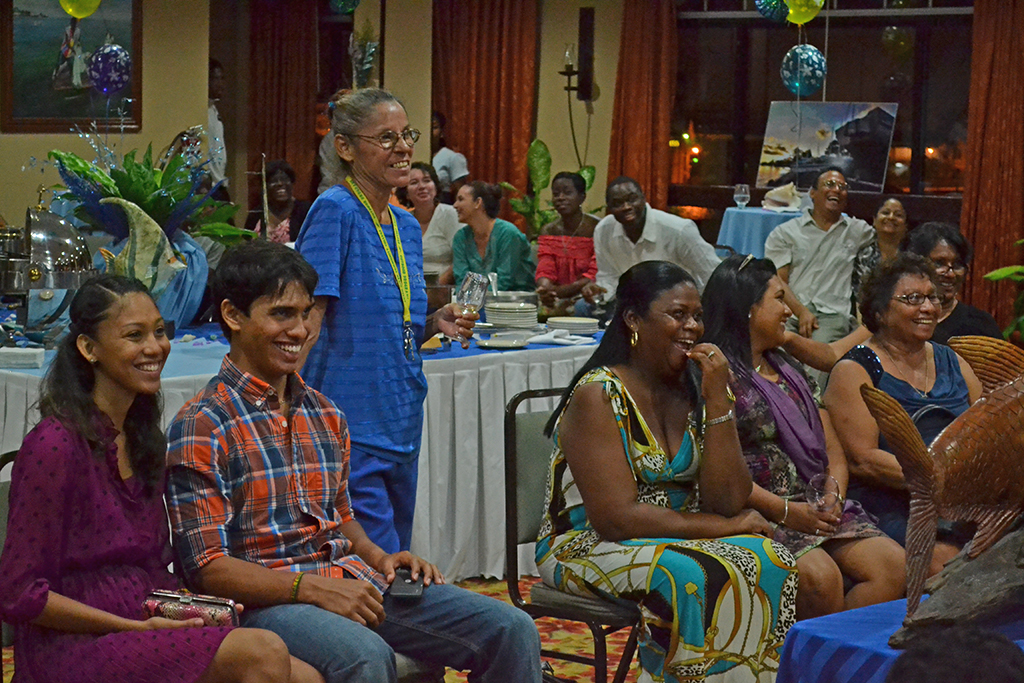 This year’s World Oceans Day was observed under the theme: “Together we have the power to protect the oceans.”