« Older: Oceana Belize calls on the Government of Belize to create policies which protect Belizean livelihoods
Newer: » The Belize Coalition to Save our Natural Heritage rejects the recent draft of the Petroleum Exploration and Exploration Guidelines 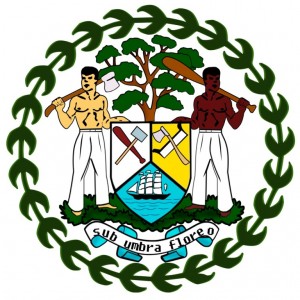 The Ministry of Energy, Science & Technology and Public Utilities (MESTPU) notes with regret a recent press release by Oceana criticizing the draft Petroleum Exploration Zones and Exploration Guidelines prepared by the Geology and Petroleum Department.
Oceana incorrectly asserted that the zonation plan and framework were shared with the NGO community on January 19th, 2015, when in fact this was the Ministry’s second attempt to solicit feedback from the NGO community on the revised zonation plan and exploration guidelines. In September 2014, the Geology and Petroleum Department (GPD) shared the zonation plan and framework with 13 stakeholder groups, inclusive of Belize Coalition to Save Our Natural Heritage, APAMO and other public and private sector entities. Subsequently, the GPD received feedback only from APAMO, the CZMAI, the Belize Coalition to Save Our Natural Heritage and one petroleum company.
In response to the limited feedback and being cognizant of the national importance of the exploration and planning framework, the Ministry re-sent the draft document in January 2015 to a wider stakeholder group so as to allow greater participation and input in an effort to improve and strengthen the framework, where necessary . Despite these efforts, it is important to note that the GPD has been conducting consultation regarding the draft zonation plan and exploration guidelines with both public and private sector groups and civil society groups since August of 2011.
The Ministry wishes to reiterate that the document shared with stakeholders is a draft document. It is for this very reason that the document was re-circulated to NGOs to solicit their feedback, inputs and further recommendations by February 2, 2015. Subsequently, the GPD will host a consultation workshop with stakeholders to fully discuss the proposed zonation plan and exploration guidelines in an effort to improve the robustness of the plan.
The Ministry continues to avail itself to meaningful and constructive dialogue on the issue of oil petroleum exploration onshore and offshore, rather that engage in unhelpful sensationalizing of an issue that is still undergoing stakeholder consultations.

SPTC Clean-up campaign to start back up