Petroleum Department’s proposed policy on offshore oil weak on data, details, potential damage.
In response to a document circulated to the NGO community on Monday, January 19th as the draft Petroleum Exploration Zones and Exploration Guidelines, Oceana Belize maintains that before any steps are taken to allow offshore exploration, the Government of Belize must ensure that tourism and fishing related jobs are protected; that an effective emergency response capacity is in place; that special places are safe from hazards and that it has provided a full, fair and public accounting, including the inherent risks involved with the oil industry, to the Belizean people. 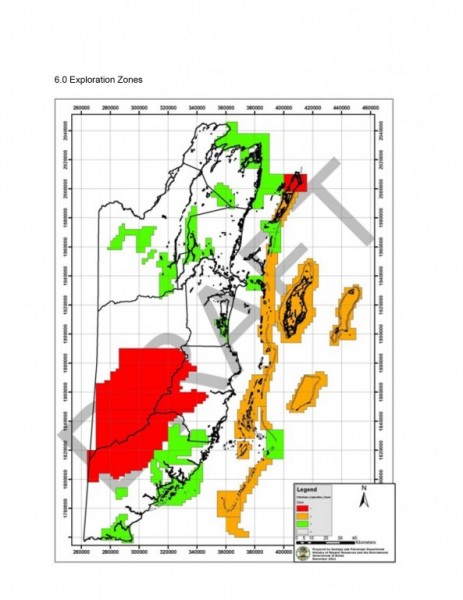 It is also noteworthy that this document was shared during the opening sessions of a delegation from the World Heritage Centre to determine the Desired State of Conservation of the World Heritage Site that is the Belize Barrier Reef. The Belize reef is one of only 47 such natural marine sites in the entire world. For the last five years, the World Heritage Centre has listed oil as a direct threat to this universally important designation.
Janelle Chanona, Oceana’s Vice President, Belize, issued the following statement about the significance of the Belize Barrier Reef System:
“The Belize Barrier Reef system provides hundreds of millions of dollars in direct and guaranteed economic benefits via tourism, fishing and storm surge protection. Those hundreds of millions of dollars cannot be dismissed in favor of the mere “potential” of anything else–especially something as dangerous and dirty as offshore oil.
History from around the globe has taught us that every country that has attempted to merge tourism, the sustainable development of the environment, fishing and offshore oil has met with disaster. How can we begin to think of compromising the country’s most important industry when one in every four Belizeans depends directly on tourism? There are approximately three thousand licensed fishermen accessing Belizean waters. When the spill happens, who will those people turn to in order to live? Why are we rushing to risk the known benefits for the mere potential of the unknown—and one that will undoubtedly include destructive spills and negatively impact national economics, cultural identity and quality of life?
It is our collective responsibility to ensure that Belizean jobs in tourism and fishing will never be compromised; that the guaranteed economic benefits of the protection the reef gives us every year from tropical storms and hurricanes is preserved; that our beautiful horizons will never be scarred by oil rigs; that our crystal clear water will never run black with oil. The situation we confront today is as simple and dire as just that. That this draft policy seeks to initiate “consultation” by declaring open season on Belize’s entire offshore area relying on antiquated data, unreferenced national numbers and vague international standards is unacceptable.”