An update on the controversial situation regarding offshore oil exploration in Belize was held at the SunBreeze Hotel in San Pedro Town on Friday, December 2nd. Hosting the informative public meeting was the Belize Coalition to Save Our Natural Heritage, who along with members of the Belize Tourism Association Industry (BTIA) and the World Wildlife Fund (WWF), discussed the most recent development of this issue of national importance.
The public meeting was attended by a handful of concerned island residents eager for an update. Coalition and Communication Officer Jacinta Gomez commended them for having made history in the country after they stood against the government on October 20th. “People power exist, and it does make a difference when we all come together to fight for a worthy cause,” said Gomez. “The San Pedro community got together and made a change for the entire country.” 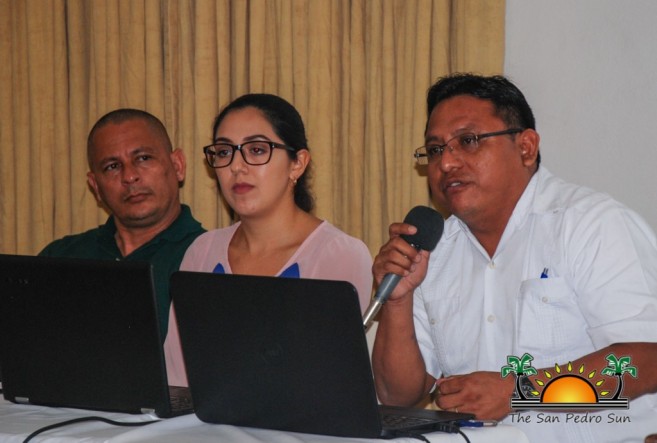 Gomez then indicated that nearly two weeks after the Government of Belize (GOB) gave in and cancelled/postponed the seismic explorations on Belize waters, the Coalition finally received a response to their letters. The Ministry of Development and Petroleum stated that the Government’s position maintains a policy based moratorium on offshore oil exploration and drilling in Belize. According to Gomez, this means that nothing has really changed, and that the possibilities for the offshore oil drilling in Belize could be resuscitated anytime.
The Coalition had written to GOB, asking that before lifting the moratorium, a national referendum on this critical issue must take place. “Belizeans have the right to voice their opinion on this topic,” said Gomez.
GOB indicated that they are in the process of amending the Environmental Impact Assessment regulation. In that process, Government intends to conduct a series of public consultations, which according to them will replace a referendum. However, the Coalition’s legal representation fired back, saying that consultations cannot equate a national referendum. Gomez informed the attendees that the progress to get the Government on the same page has been very difficult, but indicated that they will continue pushing, and they encourage everyone to help in pressuring the Government to hold a national referendum on the issue. Prime Minister Dean Barrow had promised to hold one in 2012, and that referendum is clearly long overdue. 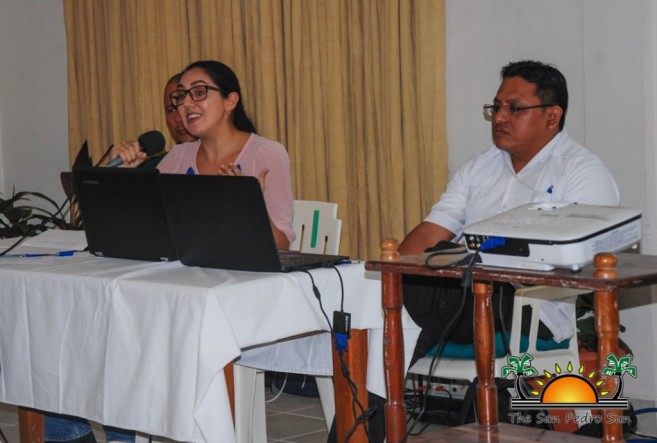 Valentino Shal, Advocacy Advisor for WWF in Belize also shared how difficult it is to get the Barrow Administration to and discuss the environmental complications the country might experience if offshore drilling ever takes place. “We are asking you all to help us achieve that important step. We need the Government to listen and reason with us regarding this important national issue,” said Shal. He shared with the attendees a press release from GOB released on December 1, 2015 in which it briefly stated that they were banning any activities dealing with offshore oil exploration in Belize. Shal explained that the Government had a couple of responsibilities to do after the release. “They were to conduct studies regarding the buffer area of 1 kilometre distance from the Barrier Reef System and near any other Marine Protected Areas to find out if the nature of that project was feasible in scientific terms,” said Shal. “Legislation would then be drafted and passed to make the deal official, however… none of that has been done.” He also warned that if the Government maintains the policy based moratorium on offshore oil exploration and drilling in the country, it can be very dangerous. 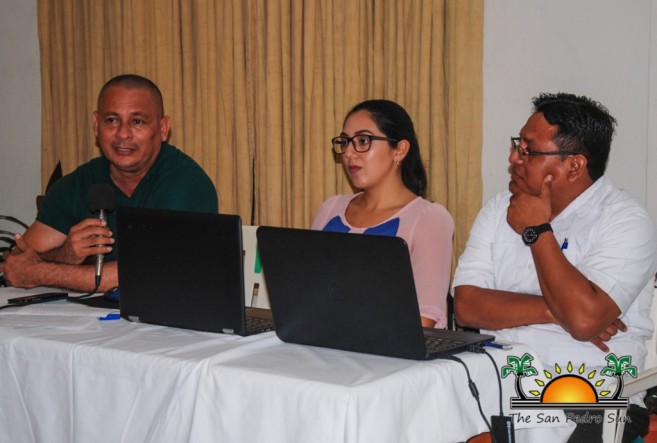 Shal also highlighted that at the moment, the Belizean Barrier Reef System is listed as an ‘Endangered’ World Heritage Site according to UNESCO. This is because of the different threats the reef system is facing, particularly the threat of offshore oil drilling. “The Government is required and will have to submit a report to UNESCO in February of 2017 where they need to point out what they have done so far to get the reef system off the endangered list and what other projects they have done towards the sustainability of the environment,” said Shal. “At this point we are not in the level to meet that deadline.”
Some of the issues Belize need to address in that report will of course be the progress with the offshore oil exploration ban in Belizean waters, the development of a legislation to cease the sales of leasing properties near or on protected areas. Another pivotal issue is keeping mangrove coverage within the protected areas while enforcing management development that will translate in to the protection of the environment. “All these different issues that Belize must meet in order to satisfy UNESCO were agreed upon by the Government, and they committed to have them all addressed by the end of this year,” said Shal. 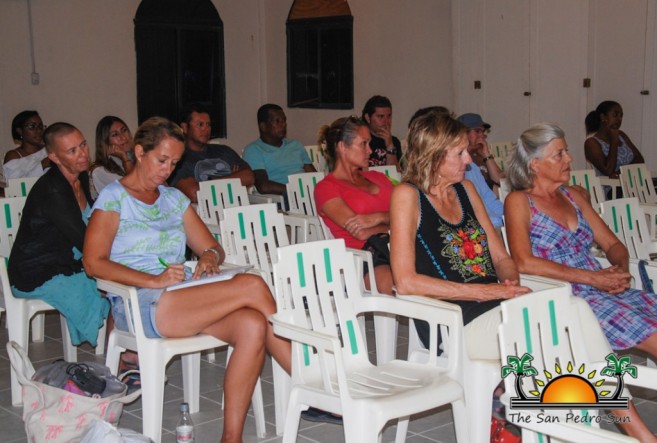 John Burgos, BTIA National President also stressed the important for the Government to cooperate with the different environmental agencies in order to move the country together. “This will show the world where Belize stands in terms of conservation support, sustainable development, and tourism- including fishing,” said Burgos.
The next step, according to the presenters, is to engage the Government early in 2017 on the continued issue affecting the country. An opportunity to hold a meeting between the different environmental agencies and other organizations with the Government will be sought. Topics at the top of the discussion list will be, the national referendum on offshore oil exploration, and the assurance to meet the UNESCO guidelines.
UNESCO World Heritage Committee will have their official meeting in July 2017, and will decide, according to the progress of the Belizean Government, if the Belizean Reef System will be removed from the endangered list.

Letter to the Editor: Land use oversight