On Saturday October 28th, 2017, Belizeans from across the country gathered at the Belmopan Civic Center to participate in Oceana’s Annual General Meeting (AGM) of its dedicated volunateers, our “Wavemakers”. During the event, several Wavemakers were awarded certificates of appreciation for their sensational support for Oceana’s campaigns and initiatives over the past year. Oceana was proud to recognize the St. Catherine Academy (SCA) Wavemaker Club and parent Mrs. Tania Mahler as the 2017 Wavemakers of the Year. 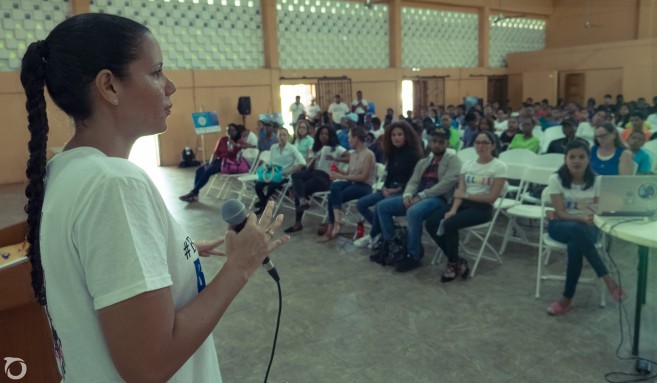 The SCA Wavemaker Club, which started in December 2015, was awarded for their dedication to the offshore oil campaign as well as their consistent involvement in cleanups throughout the year. Earlier this month, the SCA Wavemaker Club succeeded in implementing their “Kick Plastic” campaign on campus when the school banned the use of single use plastic and styrofoam, which positively impacts both the environment and reduces the administrative costs of garbage disposal. Mrs. Tania Mahler was awarded for her unwavering support to the SCA Wavemaker Club by attending all club organized events and activities and for always being a voice of encouragement to the members. Special guest speakers included social media influencer and model, Joyjah Estrada and Belizean fashion designer and owner of Twig & Pearl, Rebecca Stirm. 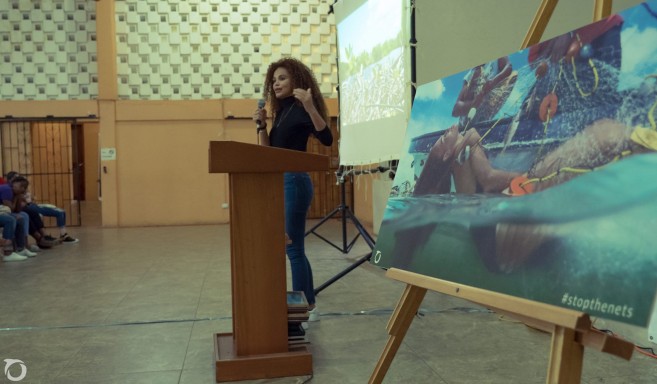 Estrada championed the use of sustainable fishing gear by sharing her first-hand experience of being “caught” in a gillnet as a part of Oceana’s advocacy against the use of gillnets at sea. “Being stuck in a gillnet is no joke,” Estrada shared. “I had cuts and bruises. I imagined what creatures like turtles, dolphins, manatees go through. They are worth more alive than dead. Until we stop the nets, we are drowning our chances of relying on the sea in the future.” 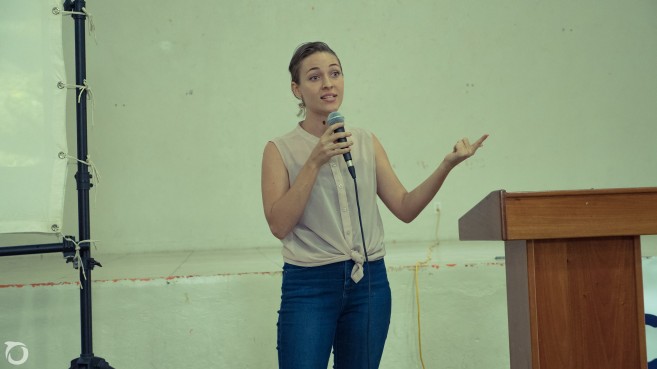 Stirm was similarly affected by the fact that entanglement in a gillnet is a death sentence for protected and biologically important species as well as charismatic species like turtles. Stirm called on everyone to use their voice to speak for the voiceless. “As a fashion designer, I’m able to reach those who are interested in fashion, and make them aware of things like the endangered Hawksbill Turtle, which they wouldn’t necessarily be interested in were it not for this collection.” She also encouraged the audience to be innovative by using social media. “We can all use our spheres of influence to speak up for the environment. Whether it be 200 followers on Instagram, or 20 on Snapchat, we can use our [social media] platforms to positively influence others.” 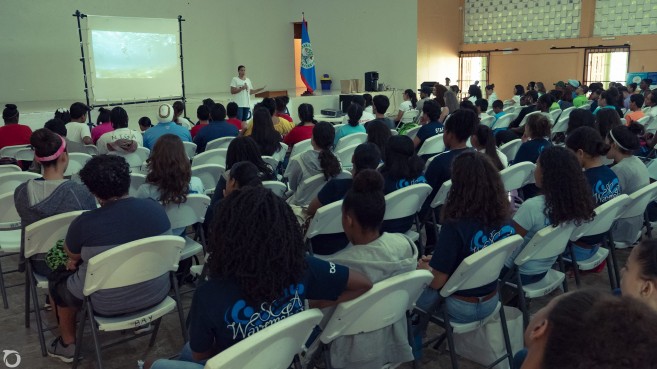 The AGM also provided an opportunity to discuss the introduction of the Petroleum Operations (Maritime Zone Moratorium) Bill, which, if enacted, would safeguard Belize’s marine assets from the inherent threats of offshore oil activity. In her address to the attendees, Vice President of Oceana in Belize Janelle Chanona maintained, “We are at this point in history because of the unwavering insistence of Belizeans to be engaged in the decision making processes about offshore oil. We cannot thank Belizeans enough for that enduring participation and for their continued vigilance in the future. 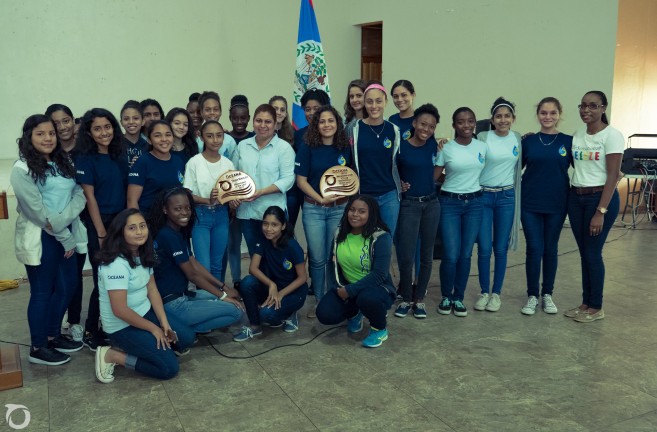 Everyone gets to take credit on this. Oceana will work tirelessly to ensure that the world knows that the Government and people of Belize are serious about safeguarding our invaluable marine assets.” Wavemakers from Corozal, Orange Walk, the Belize District, San Pedro, San Ignacio, Belmopan, Dangriga, Hopkins and Toledo attended this year’s event. Belizean Wavemakers are part of the more than a million Oceana members that support the protection and restoration of the world’s oceans.