The announcement of a mega multi-million dollar resort complex under the Margaritaville brand, scheduled to open in 2020 in northern Ambergris Caye, has raised concerns among islanders, including environmental and governmental institutions, due to its location within Bacalar Chico Marine Reserve – a UNESCO World Heritage Site. Allegedly, the property is owned mainly by Belizeans who will expand it and turn it into a Margaritaville getaway, comprising of a condominium resort with 71 waterfront residences, complete with a 400-foot pier, two pools and the brand’s signature food and beverage concepts. 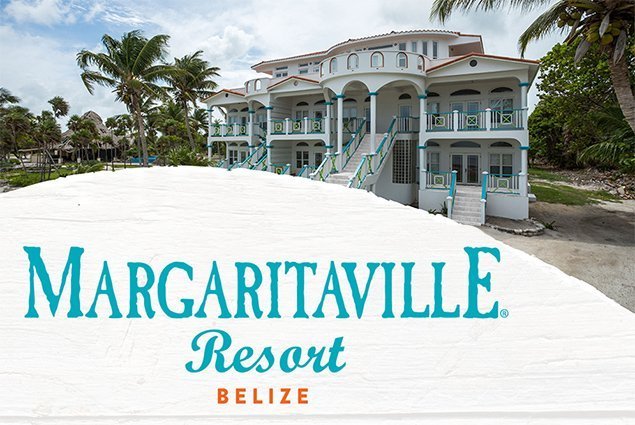 Margaritaville is a global lifestyle brand founded by musician Jimmy Buffett, with seven destination resorts/hotels across the Southeast United States, and the Caribbean. “I am not a stranger to Belize,” Buffett said in a recent statement. “Margaritaville and Belize have long shared the same attitudes, now we get to finally share the same latitudes.” The transformation of the property will include a mix of fully-furnished one, two and three-bedroom residences, each with a large veranda. The three-bedroom units, will feature 1,475 interior square feet along with 1,649 square feet of outdoor space. Other amenities include Jacuzzi tubs and spacious balconies overlooking the beach.
But the fact that the resort is in Bacalar Chico is now raising concerns in San Pedro Town, with residents saying that the project idea is not environmentally friendly. The Hol Chan Marine Reserve management noted their disapproval toward this type of projects. They see them as a threat to the sensitive marine ecosystem around the island that can cause irreversible damages not only to the marine reserve, but ultimately to Belize’s Barrier Reef System. Hol Chan further stated that while they will protest and register their disapproval whenever needed, the final say ultimately comes from Central Government.
On Monday, February 11th, the Minister of Trade and Investment, Tracy Panton was questioned about the project. She told the media that the investors are yet to meet with her ministry to discuss any incentives regarding the hotel project. Panton welcomed the idea of a Margaritaville in Belize, but could not tell if the project is inside a marine reserve “We have been advised of the investment and we are looking forward to opening a new market, a new clientele as a result of their brand,” said Panton. 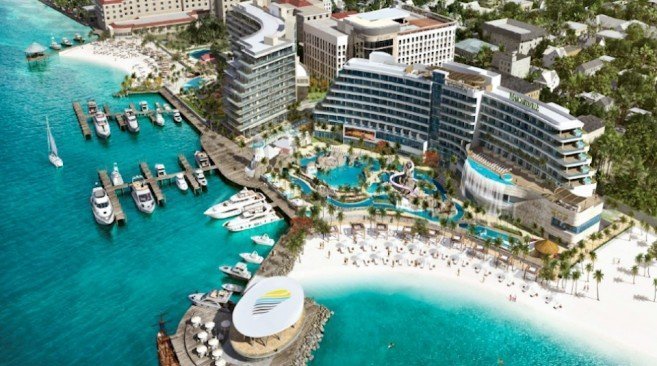 A day after the Fisheries Department became interested in the matter indicating that they were going to be monitoring the situation. In the Ministry of Environment, its Chief Executive Officer, Dr. Percival Cho also weighed in on the proposed tourism project and explained the procedures when building near of inside a protected area. “Whenever we hear development in a protected area, we have to realize that sometimes the land was established before the protected area was there. So it is not necessarily that a development is occurring inside a protected area, it might be on a piece of private land within a general delimited area,” said Cho. He acknowledged that Bacalar Chico is part of the World Heritage Site System and that the country has a responsibility to look after these areas. In addition, it must report and make assessments of developments within or around these protected sites that pose a threat to their preservation. This was one of the activities that kept the Belizean Barrier Reef System on the UNESCO’S in-danger list for many years, until it was removed in June 2018.
Cho stated that he is unaware if the proposed hotel project requires or has environmental clearance. “I can tell you off the bat that the Environmental Impact Regulations require any development around near to or inside protected areas to require an environmental impact assessment,” said Cho.
While governmental authorities did not confirm if the project has environmental clearances amid protests against the proposed development, new information coming to light claims that it allegedly counts with an Environmental Compliance Plan. This is due to the fact that the development in question is going to take place within an existing development formerly known as Sueño del Mar, and which went into receivership in 2010. Since then, it is alleged that new environmental clearances have been obtained to keep the development open to potential future investments.
The development is said to be in its planning stage and more details about it will be available following the meeting with the Ministry of Trade and Investment. The San Pedro Sun will continue following this story closely as it develops.