A large extension of what appears to be mangroves and swampland located on the leeward side of San Pedro Town, across from the San Pedro Lagoon, has become the location for a real estate development. The area formerly known as Peanut Caye is being marketed as a 30-acre private island called ‘Cayo Grande Island S.A’ and is listed on the website of AgroNosotros, a Panama based company that mainly operates coffee and chocolate businesses. According to AgroNosotros, they are now venturing into real estate after joining forces with island realtor John Turley. Once the proposed development is complete, it will be known as ‘New San Pedro’ and eventually merge with the downtown area. 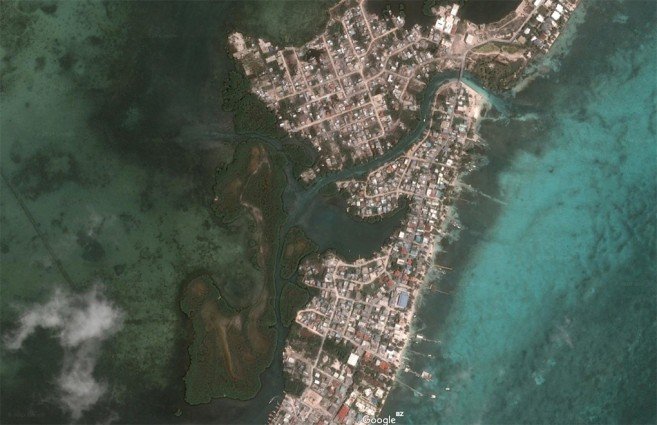 AgroNosotros, who operates the Peini Cacao Plantation in Toledo District Southern Belize, says that after having successfully operated in the country for the past three years, they have now decided to venture into real estate. The intent on Ambergris Caye is to ‘acquire’ the mangrove island and have it developed by a third party. According to them, Cayo Grande Island S.A will obtain all necessary permits and all legal and regulatory requirements before it is sold and developed by a potential buyer. According to information about the project, it involves ‘US$4.8 million in financing via US$100,000 increments. The project is expected to deliver a proforma 116% return over 36 months and an annualized return of 38%.’
The fact that the proposed project is a mangrove island without stable land has raised concerns among islanders. The mangrove in this location is not only a key habitat for juvenile fish but home to wide array wildlife and birds. It is also considered a barrier that protects the leeward side of the island from inclement weather and even hurricanes. In the past, when a cold front enters the country, they can create freak storms with hurricane-like winds that can badly affect residents living on that side of the island. Residents say that having that wall of mangrove helps to break some of the high surges and strong winds coming from the eastern lagoon. They believe that by developing this area the mangroves will have to be cut down, leaving downtown San Pedro exposed and vulnerable to the elements of unpredictable weather. 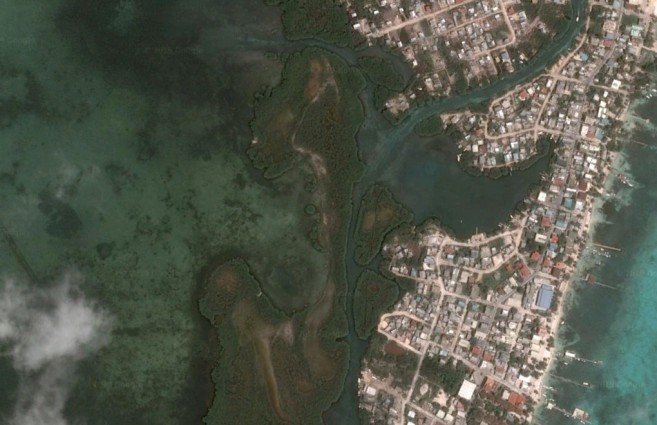 The San Pedro Sun spoke with the Chief Executive Officer in the Ministry of Agriculture, Fisheries, Forestry, Sustainable Development, the Environment, Climate Change, and Solid Waste Management Authority, Dr. Percival Cho. He briefly stated that depending on the plans with the property; they may have to go through an Environmental Impact Assessment process before any development is approved by the government. The newspaper also tried to reach out to John Turley, but we were told that he is out of the country. AgroNosotros in Panama were also contacted to find out more about Cayo Grande S.A, but as of press time, emails nor calls have been answered.
The San Pedro Sun will continue following this latest land/development story.