The Department of Environment (DOE) cannot confirm if the tourism development proposed for Cayo Rosario has been approved. Cayo Rosario is a 10-acre privately owned island west of Ambergris Caye, packed with mangroves and teeming with wildlife. According to an online publication, the project was approved in the second week of April and calls for 80% of the project to be constructed off the island as over-the-water structures. San Pedro residents are highly against the project, concerned about its potential environmental hazards, and the fact that the island is part of the finalized expansion of the Hol Chan Marine Reserve. 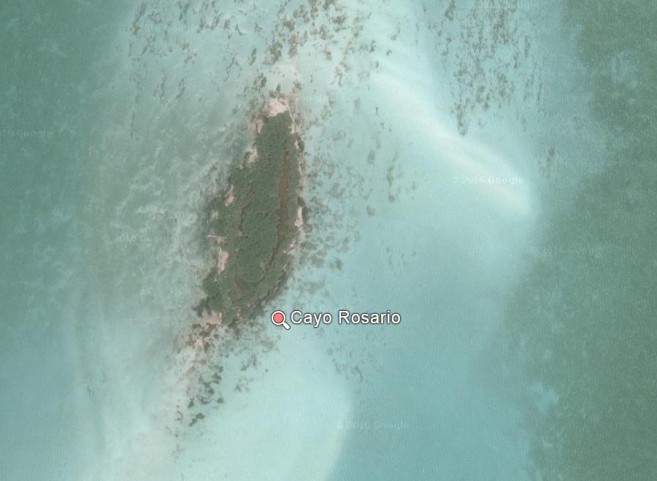 The San Pedro Sun attempted to obtain an official confirmation from the DOE, but after several attempts, a definite answer regarding Cayo Rosario was not provided. The DOE representatives would not say yes or no and simply indicated that they needed to consult with their superiors before commenting on the matter. A visit to DOE’s website shows the project still under review. Furthermore, the consulting agency Tunich-Nah, who worked on the findings of the viability of the project told The San Pedro Sun that they know nothing of the project’s approval as yet.
The island’s tour guide community is on high alert, fearing that if the project is approved, their livelihood could be jeopardized. The surrounding waters of Cayo Rosario have been used for sports fishing and traditional fishers as well. San Pedro residents believe that the project will not only impact the sports fishing industry but the tourism industry as a whole. “It is in a marine reserve, it is supposed to be protected,” said a concern tour guide. “As a tourism community, we will not allow this to happen. We will stand against over-the-water structures because no one should build over the sea and take away ancestral fishing grounds.” 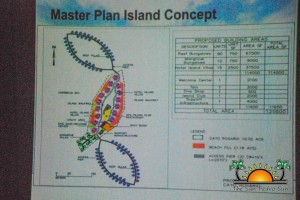 During the presentation of Cayo Rosario’s Environmental Impact Assessment (EIA) in April of 2017, the presenters supported the over-the-water structures, stating that it will attract marine life. They mentioned that it will create up to 300 jobs during the tourism peak season and millions of dollars in tax revenue for the country. They also presented the project as environmentally friendly as possible, indicating that 90% of the waste generated will be recycled and the remaining shipped off to the mainland. But the audience in attendance vocally opposed the project, which depicted a design showing two separate wing-like dock extensions to house 90 reef bungalows and expanding three acres off the island. They repeatedly indicated that they were not against development, but rather, their concern was the over-the-water structures. They also cited that in Belize, all land up to 66 feet from the high water level is considered the national land of ‘Queens Land,’ and should be free of development. The project was categorically condemned, making clear that Belize is a place for natural tourism.
Cayo Rosario has always been considered a bird’s paradise, home to Roseate Spoonbills, Reddish Egrets, White Ibis among other migrant birds. It has even been alleged that prior habitat inspections, people were paid to destroy the birds’ nests and eggs. 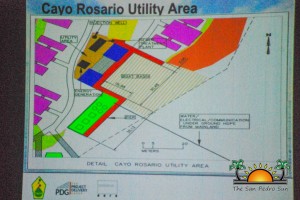 The project has also faced some legal controversy regarding its developers. One of them is John Turley, who along with his colleague Daniel Kalenov were presented with a Cease and Desist order in Denver, Colorado USA for the sale of unregistered securities in the State of Colorado. Allegedly they had been raising funds for Real Estate projects through a company called Global Diversified Partners, headquartered in San Diego, California and registered in the State of Wyoming. The company was apparently not registered in the State of Colorado and had not even registered any securities offerings in the said state. The duo was also called out for hosting events in Denver where they would invite potential investors and pitch them with investment opportunities in Belize. According to authorities in Colorado, the company violated the Colorado Securities Act. Turley and Kalenov agreed to the cease and desist order and complied with the immediate order to stop offering unregistered, non-exempt investments in the said state. However, both investors have allegedly moved forward, hoping to get things started at Cayo Rosario.
In the meantime, the rumor that the project has been approved remains unofficial. The San Pedro Sun will continue following this developing story.

Editorial: On this day in history – March 14