Tourism stakeholders and environmentalists are up in arms after a video surfaced on social media on Sunday, February 9th, depicting the alleged destruction of live corals by the anchor of  luxury yacht Samadhi at Lighthouse Reef Atoll. The footage taken by local divers shows a length of chain wrapped around corals along a popular dive site known as the Aquarium. According to environmental authorities, to safeguard the said area, mooring points were installed, thus, there was no need to drop the anchor. The Department of the Environment (DOE) and the Belize Port Authority were made aware of the situation and are currently investigating the incident.

(Video above was posted by a tour company on social media)

The alleged vessel goes by the name of Samadhi, and remains anchored on the reef at Lighthouse Atoll as of press time. The San Pedro Sun contacted the DOE and the Belize Port Authority and was assured that both departments are following up on the issue and will provide information after further investigations are done. 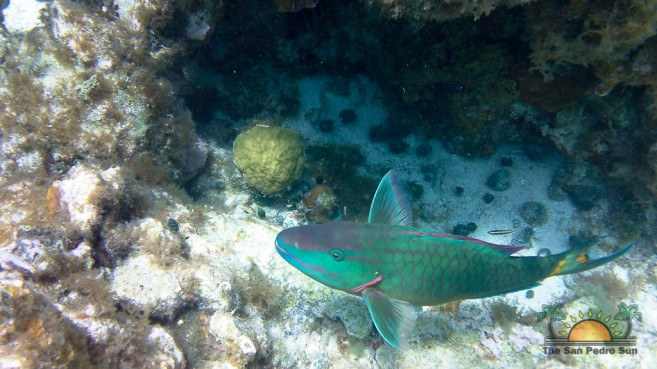 The corals at Lighthouse Reef are considered some of the best developed and healthiest reefs in the Caribbean. The area is a popular snorkelling and diving destination, with some of the best diving sites in Belize and the whole Caribbean region. It is also home to the world-famous Great Blue Hole.