GOB is vindicated for the takeover of IBC and IMMARBE


In a court ruling made on Friday, October 28th by the Supreme Court, the Government of Belize (GOB) was vindicated in the takeover of the International Merchant Marine Registry of Belize (IMMARBE) and International Business Companies (IBC). The court’s verdict declared illegal the secret contract made by the People’s United Party (PUP), which gave control of the said companies to the Ashcroft Alliance for 25 years. As a result, the court ruling rejected the Ashcroft Alliance’s claim for $90 million for GOB’s take back of the registries. 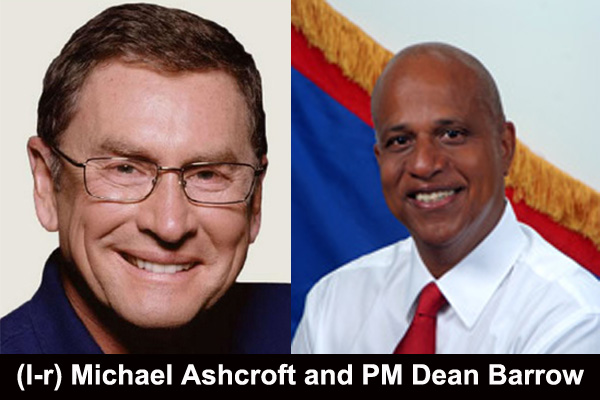 This recent vindication in favour of Belize puts the current administration in a good position and marks a significant triumph for the rule of law and constitution of the country. The country first took control over those registries on June 11, 2013. At that time they were estimated to net the Government $11 million in revenues towards the fiscal budget. When the contract was inspected, it revealed the involvement of a major financial player in Belize – British billionaire Michael Ashcroft. Further inspection into the document stated that the agreement linked back to a company called Waterloo Investment Holdings Ltd.
Waterloo, an IBC located in the British Virgin Islands, published a report back then, stating that it held 50% interest in Belize International Services Ltd. This was a joint venture company which operated international open shipping and company registry in Belize. The other 50% of the agreement was held by Morgan and Morgan of Panama. Such registries had been under their control since 1990.
The process in which they gained control was through separate three year agreements, one for the IBC and the other for the shipping registry. However, there was an addition of years in 1993 when the PUP administration issued one 10-year agreement to both parties for both registries with the option for a renewal for another ten years. But the continuation of such privilege for Ashcroft and the Panamanian investor came to a halt in the first term of the United Democratic Party’s (UDP) government.
The acquisition seemed urgent, since a month prior to the Government ‘s take over, Belize had been blacklisted by the European Parliament’s Fisheries Committee on allegations of illegal, unreported and unregulated fishing on high seas by foreign-owned Belize –flagged vessels. It was verified by the local media back then that a major bone of contention has been Belize’s open merchant ship registry administered by IMMARBE, which allowed foreigners, including Europeans, to register vessels in Belize and land products in the European Union under tax-free status, using IBC’s registered in Belize. 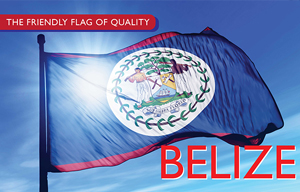 In 2012, Prime Minister Dean Barrow, told the media that his government was preparing to amend that ship’s registry. However, he stated that at the time they were bound by the commercial agreement signed by the previous PUP administration. “So we have to look at all our options before we can talk about the possibility about withdrawal from that commercial contract,” said Barrow. “Hopefully, it won’t come to that. It is in my sense that the IMMARBE people are prepared to cooperate to delist the vessels that are, in fact, operating in the zone that is under the jurisdiction of the European Union.” IMMARBE at the time documented nearly 900 ships which flew Belizean flags.
In present day, the current administration via a press release expressed its indignation to the PUP for having handed over control of Belizean assets and revenue to the Ashcroft companies. The release further states that the secret deals amounted to a scandalous diversion of monies that could only properly have gone into the Consolidated Revenue Fund, which is yet another instance of the corruption that accompanied the PUP secret deals.
The Government takes the opportunity to announce to the Belizean people that in order to avoid another similar tragedy, they are now committed to uphold the country’s sovereignty, Belizean ownership and the financial laws of Belize. These are just a few of things that characterized the current administration’s stance in dealing with the Ashcroft’s concerns and the Government’s relations generally with all foreign investors.