Belize is now among ten new blacklisted countries described as tax havens by the European Union (EU). The announcement was made on Tuesday, March 12th, in Brussels, Belgium, identifying Belize as failing to meet agreed tax good governance standards. The Government of Belize (GOB) was quick to respond via an official statement, rejecting the designation of Belize on the said list. GOB raised concerns about the questionable and inaccurate conclusions drawn in respect of its obligation to work with its global partners in establishing a modern and fair international tax framework. 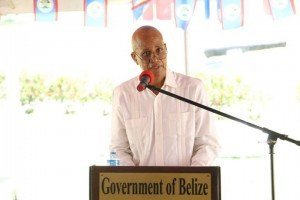 Prime Minister Dean Barrow’s administration argues that in December 2018, the National Assembly adopted the International Business Companies (IBC) (Amendment) Act, as well as the Designated Processing Areas Act, which was to remove harmful features identified by the Organization for Economic Cooperation and Development (OECD). The measures that Belize adopted with these Acts were first reviewed and discussed by the Forum on Harmful Tax Practices (FHTP) at its 51st meeting held at the OECD Headquarters in Paris, France from the 9th through the 11th January 2019. The FHTP reached new conclusions on 57 regimes reviewed at that meeting, but most importantly on Belize’s IBC regime. The FHTP concluded, based on the measures Belize adopted, that its IBC regime was amended to ‘not harmful.’
The EU Code of Conduct Group (COCG), for its part, reviewed the changes adopted by Belize at its meeting later in January. On February 1, 2019, the chair of the COCG wrote to GOB. They explained that Belize, in exercising its sovereign right to implement a tax regime consistent with Belize’s existing income and business tax regime, had introduced a new regime with similar harmful effects as those that Belize abolished at the end of 2018. Following this review, Belize was invited to supply another high-level political commitment that it would amend or abolish this so-called new regime by December 31, 2019, without any grandfathering mechanism. The COCG made it clear that not providing such a commitment could lead to the country being placed on the EU list of non-cooperative countries for tax purposes. On February 12th, GOB responded via a letter committing itself to undertake the new demand by the EU. 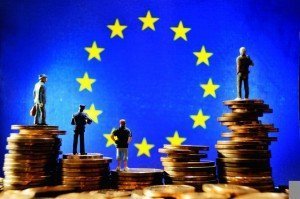 According to Barrow’s administration, they continued engaging positively and actively with the EU to address all other outstanding technical issues concerning Belize’s regime. After not getting a favorable view from the European Commission, the government wrote to the Chair of the COCG on February 26th, making a further high-level and time-bound political commitment to introduce additional amendments. These new changes would address consequential secondary amendments to other relevant legislation, where necessary, to address these other technical concerns. The plan included a commitment to submit the necessary draft legislation to Parliament in March 2019. The amended legislation was to take effect from April 1, 2019. Such amendments are to be introduced on Friday, March 15th at the Sitting of the House of Representatives in the Capital City of Belmopan.
In its defense, Belize claims to have been engaging the EU and its key members at the political level to share its progress in good tax governance standards. GOB believes that they acted in good faith and finds itself unfairly and erroneously labeled by the EU as a non-cooperative tax jurisdiction. The government also believes that such evaluation was rushed, saying, ‘indeed, the rushed EU process can be characterized as non-consultative, inflexible and insensitive to the circumstances of small, highly vulnerable states like Belize.’ GOB further states that the EU has only provided Belize with a cursory basis for its determination. According to the official note, the EU is considered to have failed to provide the country with any meaningful opportunity to challenge its inclusion on this list of non-cooperative countries.
The Council of the EU did not provide a direct answer to Belize but stated that they would continue to review and update the list regularly. This will be in the upcoming years, evolving criteria and deadlines for jurisdictions to deliver on their commitments to improve their tax governance.
The complete list of the blacklisted countries besides Belize includes Aruba, Barbados, Bermuda, Dominica, Fiji, the Marshall Islands, Oman, the United Arab Emirates, and Vanuatu.