The Government of Belize (GOB) has moved swiftly to avoid the threat of being sanctioned by the European Union, by amending the regulations for both the International Financial Services Commission and the International Business Companies (IBC) Act. Minister of Investment, Trade, and Commerce, Hon. Tracy Panton introduced bills with these amendments, which were rushed through their three readings for swift approval with bi-partisan support in the House of Representatives in Belmopan last Friday, March 15th. 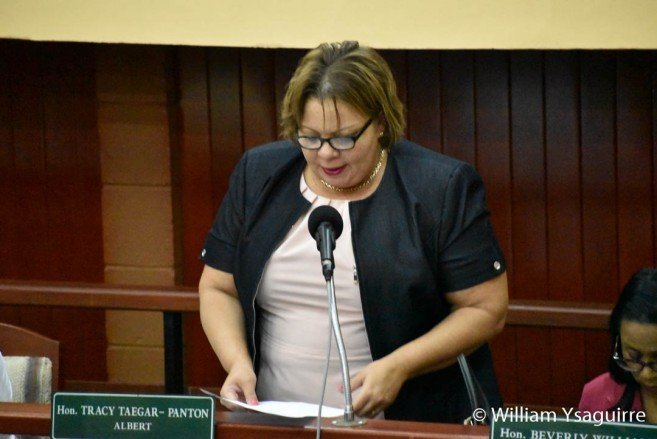 The first Bill amended the International Business Companies Act, which is Chapter 270 of the Laws of Belize, to institute a mandatory physical presence by such IBC’s and to provide for the option for a company to meet the physical presence requirements.
The second Bill amended the International Financial Services Commission Act, which Chapter 272 of the Laws of Belize, to strengthen the provisions relating to international financial services. The new regulations now set criteria for the physical presence of persons licensed by the Commission, as well as for IBC’s.
Prime Minister Barrow explained that although Belize’s Gross Domestic Product (GDP) has surpassed the $4Billion mark, it was accomplished against the backdrop of a fiercely competitive international economic system, in which it often seemed that the industrialized countries are determined to marginalize or exterminate Belize’s efforts at financial sector diversification. Our GDP growth is more remarkable because our population is slightly less than 400,000 people within an 8,800 square mile radius, giving Belize the fifth-lowest population density in all Latin America and the Caribbean. 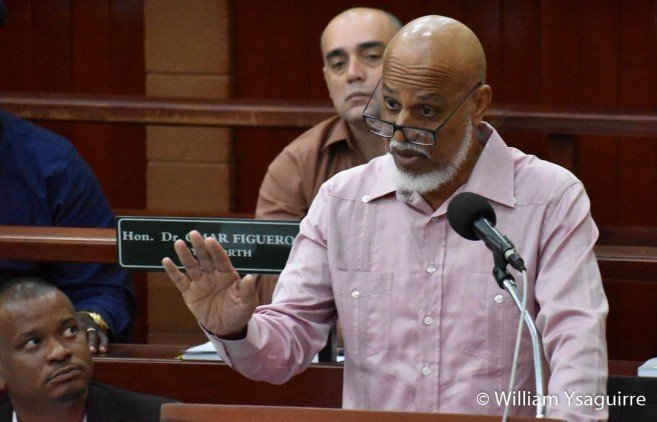 Barrow explained the new legislation was to meet new guidelines set out by the Organization of Economic Cooperation and Development. The Organisation for Economic Co-operation and Development (OECD) Forum on Harmful Tax Practices (FHTP) in its Report of October 2017 had charged Belize with having potentially harmful tax features in our International Business Companies (IBC) Regime. GOB had undertaken to assure the OECD that Belize would amend the regime to remove any such features, and indeed the House passed several amendments to the International Business Companies Act; the Income and Business Tax Act; and Stamp Duty Act last December. It simultaneously passed a new Designated Business Processing Act to replace the Export Processing Zone Act, which had been another sore point with the OECD. This had appeased the FHTP, which upon review, subsequently gave Belize a clean bill of health, and that seemed to be the end of that.
However, in a parallel assessment and subsequent conclusion, the European Union’s Code of Conduct Group found that Belize’s IBC regimes still contained harmful tax features. They demanded, under pain of being “black-listed,” more action on the part of Belize. This was even though the EU Code of Conduct Group is itself a senior member of the same OECD Forum, which had given Belize a “Clean Bill of Health.”
Belize moved again to appease the powers that be, with Prime Minister Barrow stating, “there is no point in troubling deaf heaven with our bootless cries. So, we are once again forced to eat injustice and perform the usual contortions to satisfy a new set of unconscionable dictates, … to return to compliance with the new moving target”.
Belize has also been obliged to sign on to a new standard developed by the OECD and the Global Forum, for the Automatic Exchange of Information (AEOI) between tax authorities. This provides for the regular provision of bulk information using a common reporting standard, rather than the provision of information in response to specific requests. Albeit the great financial and human resource expense, Belize this year established a fully functioning and well-staffed AEOI Unit in the Income Tax Department.