The Government of Belize (GOB) has been ordered to pay up monies to two Belize based companies after losing a legal battle at the Caribbean Court of Justice (CCJ). The ruling verdicts, which took place on October 12th and 17th, will see GOB making payments of more than half a million in reimbursements and vindicatory damages. The CCJ also made an additional judgement, in which it overturned the conviction of Belizean Japhet Bennett, who had been serving time at the Belize Central Prison for a 2009 murder. Bennett was accused of killing Ellis Meighan Sr. in Belize City and was sentenced to life imprisonment in 2013.

The first ruling from the CCJ was issued on Friday, October 12th, regarding an appeal of two tour companies, Cruise Solutions and Discovery Expeditions. These companies are the property of businessman David Gegg, who for the past years had been engaged in a legal battle with the Commissioner of General Sales Tax (GST). The judgement in favour of Gegg is based on the apparent fact that his companies, under the GST Act, were zero-rated (individualized items that have zero-value added tax) and did not have to pay GST tax. Based on this information, the CCJ overturned a court decision from June 2016 where Gegg’s companies were considered not zero-rated and had been obliged to pay GST. 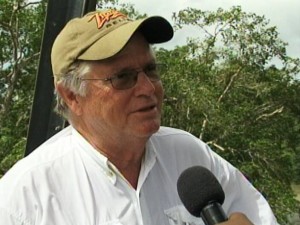 Gegg did not give up and after the Supreme Court and Court of Appeals in Belize mandated that his companies were bound to pay GST, he appealed his claim at the CCJ. In its final appellate jurisdiction, the CCJ justified Gegg’s position and agreed that his tour companies were not legally obligated to pay the taxes. The definite judgement now expects GOB to reimburse the companies with more than $400,000, with a 6% interest.
Five days later, on Wednesday, October 17th, another judgement against GOB ordered the current administration to pay $100,000 to Titan International Securities Inc for vindicatory damages. The company was seeking a millionaire compensation from GOB after claiming a violation of its constitutional rights when police raided its installations in September 2014. The operation was allegedly carried out jointly with the cooperation of the United States of America following the reveal of an indictment against Titan. At that time, Titan’s president Kelvin Leach and other members of the company were placed on charges of securities fraud, evasion of taxes, money laundering and conspiracy to commit said offences.
In the raid, Titan claims losses as a result of a search and seizure operation at its offices and demanded US$4.6 million dollars in compensatory damages. This amount had been awarded by Belize’s Supreme Court. However, the CCJ dismissed that claim and substituted with BZ$100,000 for the way in which the operation was conducted. The CCJ, however, had agreed that the law itself was not unconstitutional but pointed out that the Titan’s right to privacy was violated. 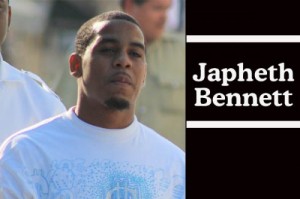 Immediately following this judgement, Belizean convicted murderer Japhet Bennett was acquitted from the charge and was released from prison. The CCJ ruled to overturn his conviction based on unreliable identification from a witness at a trial in 2013 when he was sentenced to life imprisonment. Bennett was 25 years old in 2009 when he was found guilty for the murder of Ellis Meighan, who was shot to death in Belize City. In a statement from a witness, police were told that Bennett was seen standing over Meighan’s body shortly after the shooting. At the trial, the witness denied some parts of his statement to the police saying that Bennett was not at the crime scene. The Jury, however, found him guilty, despite his attorney’s arguments that there was little evidence to convict him.
After being sentenced to life in prison in 2013, Bennett appealed his case at the Court of Appeals, and when his conviction was affirmed, he sought help from the CCJ. The CCJ, by a majority decision, allowed Bennett’s appeal and he was vindicated from the charge.
GOB has not responded to these rulings, particularly the monetary compensations, it has been ordered to pay. This is not the first time the Government loses a case at the CCJ. On November 22, 2017, this court ordered Belize to pay a sum of $88 million plus interest and costs to the Belize Bank. This judgement is regarding the controversial Universal Health Services loan agreement signed by the previous administration with the said bank. The decision of the court called for immediate payment, however, up to today, GOB has refused to honour such verdict. In the meantime, such debt continues to grow as a result of the loan’s interests and by September of this year, it was close to $100 million dollars.