University of the West Indies’ Professor Stephen Vasciannie has delivered a legal opinion on the Belize-Guatemala territorial dispute as requested by the Belize Bar Association. The international law professor examined the territorial dispute concerning international law principles, evaluating its strengths and possible weaknesses for Belize if the matter reaches the International Court of Justice (ICJ). The legal opinion consists of a 52-page document that, in summary, gives Belize the upper hand by having a watertight case if the dispute is resolved at the ICJ. The legal opinion, commissioned by the Bar Association, is expected to influence the Belizean vote when the country decides on April 10, 2019, whether to take the Guatemalan claim to Belize to the ICJ. 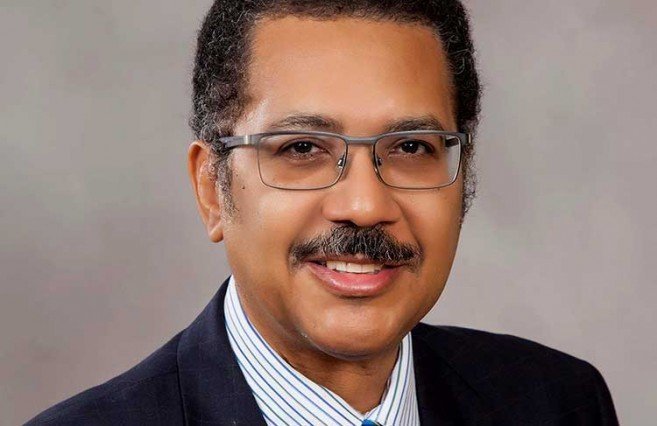 The legal opinion was presented to the Bar Association on February 26, 2019 and incorporates the main positions that have been advanced in the legal literature about the dispute. The expert view also emphasizes the methods and concepts used by the ICJ concerning title to territory. According to Vasciannie, Belize has a strong case for its full title to all its territory by international law. In his official statement, he examines the term ‘Uti Possidetis and Effectivite allegedly used by Guatemala to say that they inherited Belize from Spain. Vasciannie carefully reviews the history of the region around the time when Guatemala became independent from Spain in 1821. The document concludes that strength of the evidence of that period supports the fact the United Kingdom (UK) already held title over what is now Belize. This was further confirmed when both Guatemala and the UK negotiated and signed the 1859 Treaty.
Professor Vasciannie’s review of this treaty indicates that it was, in fact, a boundary treaty and not of ‘Cession.’ He also explained the UK breach of Article 7 of the 1859 Treaty, which discussed the construction of a cart road to connect Guatemala with the Caribbean Sea. Guatemala argues that because such a road was not built, the territory of Belize should be returned to them. But the legal opinion explains that this article is couched in such vague terms that it is difficult to identify the point at which a breach would have occurred. The professor assumes a worst-case scenario that if indeed the UK failed to fulfill Article 7, then this was a material breach, meaning that Guatemala was entitled to terminate the Treaty. By doing so, the legal situation would return to what prevailed before the Treaty’s signature. “Therefore, Guatemala’s termination of the 1859 Treaty could not affect British and later Belize’s title to its territory,” part of the legal opinion reads. But the reality is that the Treaty could not have been terminated, and the international lawyer explains why. Vasciannie says that there was no material breach and therefore Guatemala had no right to unilaterally terminate the treaty in 1946. Additionally, Guatemala acquiescence over the passage of time would render the Treaty no longer voidable. In his opinion, Guatemala would be open to take countermeasures against the UK and not Belize. In respect to today’s Belize boundaries, Vasciannie observes that the ICJ is itself known to give preference to maintaining the stability of agreed boundaries. In international law, boundaries have a permanent status even in the face of the termination of a treaty. According to the legal document, this strongly supports the view that, even if the UK failed to meet its obligation under Article 7 of the 1859 Treaty, the boundary described in it (current Belize’s borders) remains in place as a permanent boundary.
This legal opinion also looked at recent developments relating to the Sarstoon River and Sarstoon Island, stemming from activities of the Guatemalan Armed Forces in respect to both the river and the island. Vasciannie made it clear that the fact that the Guatemalan Armed Forces do not recognize the boundaries set out in the 1859 Treaty is a violation of International Law. Their motive, presumably, is to set in place the idea that they are in effective control of these areas, as the basis for the title to territory. If Belize protests and repeats its protests frequently and widely, there will be no change in the legal status of the areas in question in favor of Guatemala.
The principle of self-determination was also touched, and it was considered as a norm of international law. The law expert added that the United Nations has already accepted the position that Belize’s entitlement to the unity of its territory defeats any of Guatemala’s assertions to the contrary.
In speaking on the weaknesses of Belize’s case, Professor Vasciannie said that ‘determining the date in which the original British title to the area stretching to the Sarstoon River was given is not an easy matter, and another possible point of weakness arises from the colonial context in which this dispute emerged.’ Another factor calls on both Guatemala and Belize to perhaps go back and thoroughly review all the archival records regarding this claim dating back to 1859. This was deemed as a very serious point by the law expert. Weighing on these potential weaknesses, was Belize’s Ambassador to Guatemala His Excellency Alexis Rosado. He stated that from the days when the British were in full political control, they had begun to prepare to head to the ICJ. “At this moment, we have voluminous material from all the archives from every part of the world where you could find anything to do with Belize and Guatemala,” said Rosado. “But the fact is that the British had possession of these territories at the moment Guatemala became a country, and the law expert was very clear about that.”
The Bar Association of Belize believes this legal opinion commissioned on their part contributes to the national discourse on the Belize-Guatemala territorial issue. The Association will also be hosting a public forum to discuss the legal issued raised in Vasciannie’s opinion, with a view to further the national education campaign on the territorial dispute. Details of a date and venue for the forum is yet to be announced.

Land Use Policy reform to factor in Climate Change