Former Ambassador and Minister of Foreign Affairs Assad Shoman and Jordan Craig from the Citizens for the Defence of Sovereignty held an informational session with islanders regarding the Guatemalan claim to Belize ahead of the national referendum on whether to take the issue to the International Court of Justice (ICJ). Themed ‘Ya Da Fi We Belize,’ the presentation took place at the Central Park on Wednesday, March 27th, and explained why Belizeans should consider taking the matter to the ICJ, and most importantly, the assertion that Belize will have a stronger case over Guatemala if the dispute is taken before the court. 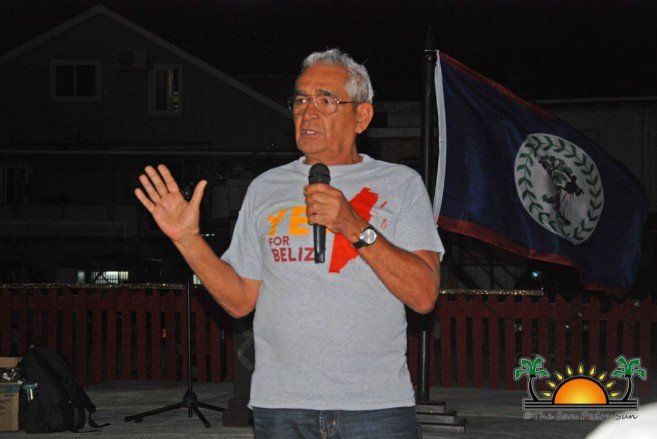 Before any legal battle at the ICJ, Belizeans will be asked to participate in the ICJ referendum on April 10, 2019, and simply vote ‘Yes’ or ‘No’ to have this international court solve the centennial dispute. Craig informed the attendees that before making such a decision, it is important to be well informed and make a conscious choice. She made it clear that the ICJ matter is not political and Belizeans should come and vote for the future of the country regardless of their political affiliations. Craig stated that the ICJ is the best option for the country to end the dispute with Guatemala and that based on the ICJ Article 38 (1), which adheres to international law only, Belize has a solid case.
Shoman explained, based on this Article, why Belize will have the upper hand if the case reaches the ICJ. According to him, the court will look at four main points when deciding on the Guatemalan claim, the first of which is the ‘Treaties.’ “When it comes to international law, it is all based on treaties, which are sacred in international conventions,” said Shoman. “This is the first aspect the ICJ will look at if there is a treaty that defines Belize’s borders,” Shoman told attendees that the court would take into consideration the 1859 Treaty, which defined the current borders with Guatemala and Mexico. According to Shoman, when this treaty was signed between Great Britain and Guatemala, the then Guatemalan Foreign Minister Pedro de Aycinena stated that they were marking the limitations between the countries and that his country had never occupied or administered what is now Belize. “The court will also take that into consideration because they accepted that they never had sovereignty over Belize,” said Shoman. He added that this would also contradict Guatemala’s present allegations that the 1859 Treaty is a convention of cession and not boundaries. Showman said that just by reading that treaty, one could clearly understand that it is indeed a boundary treaty and not that of cession. The other treaty that makes the Belizean case watertight is the Exchange of Notes signed in 1931, once again agreeing on the present borders. The other important point that the court is expected to look at is the fact that borders are for a lifetime once they are created. “It has become law that once borders are established by treaties, they cannot be changed,” Shoman explained.
The other aspect he discussed was the ‘Principles of International Law’ referring to the right of self-determination. “A people within a territory, have the right to govern itself, and because of this principle, we obtained Independence in 1981,” said Shoman. “That principle also gives us the right to determine by whom; we want to be governed in our country.” The third legal point the ICJ will have to look at is under ‘Customary International Law,’ or the legal state practices within countries that have become law. “Based on international law, we have several customs that favor Belize,” he explained. “Belizeans and British have exercised permanent occupation of the territory, uninterrupted for at least 200 years. There is no evidence of Guatemalan presence or control of what is now Belize.” 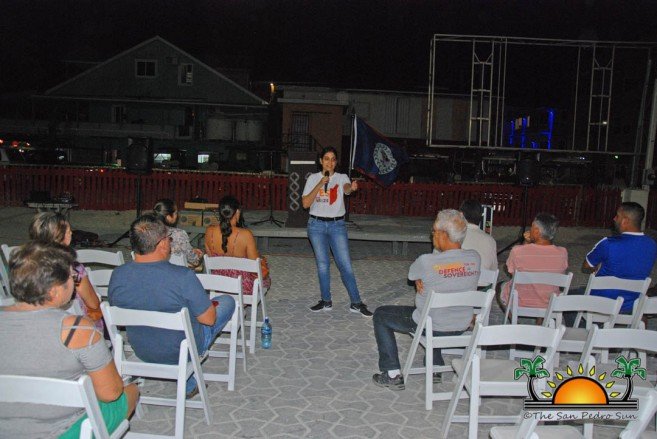 The fourth legal factor that benefits Belize is ‘Past Judicial Decisions and Writings.’ It is expected that the court will make its judgment on the Belize-Guatemala case based on similar past cases. One of those is the Libya-Chad territorial dispute, in which the ICJ favored Chad after it was ruled that their boundaries had been defined in the Treaty of Friendship and Good Neighborliness signed between France and Libya in 1955.
The presenters also spoke about several legal opinions in favor of Belize, which will also be submitted to the ICJ. One of those is the legal opinion from former ICJ President American Judge Stephen Schwebel. In an interview, Schwebel referred to the 1859 and 1931 Treaties between Great Britain and Guatemala which according to reaffirmed the boundaries. He said that the court would call facts on the ground which shows the presence of English settlers tolerated by the Spanish authorities then. “Both in practice and terms of the treaty prescription, Belize has a title to its territory within its current boundaries,” said Schwebel. “I can say with genuine confidence that Belize by far has a stronger legal case in this dispute, and I for one would be very surprised if the court did not give effect to the 1859 treaty and the 1931 exchange of notes as well as the effectivities on the ground which also favor the position of Belize.” The former ICJ President believes that this is a great opportunity for Belizeans to end the dispute as the court will issue a binding judgment.
Shoman and Craig ask Belizeans to continue getting informed and to consider taking advantage of this opportunity to end the old territorial dispute with Guatemala. They once again reminded everyone of the strength of the Belizean case and that if we do not deal with the issue now, who knows when there will be another opportunity like the ICJ option.
After the presentations, Shoman and Craig addressed a few questions from the attendees further demystifying some of their doubts. This education campaign will continue across the country to further inform Belizeans on the issue, while encouraging them to come and vote on this historic event on April 10, 2019.