« Older: Ministry of Immigration Receives Donation of Face Masks and Thermometers from the Embassy of Taiwan
Newer: » UNDP and the Global Fund support national efforts through medical supplies and equipment for Covid19 to the Ministry of Health and a vehicle for the CSO Hub to enable outreach in the fight against HIV/AIDS and TB 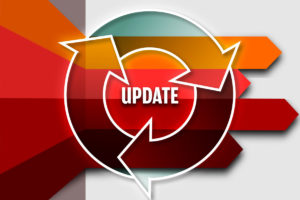 On March 16, 2020, the Rt Hon. Prime Minister and the Leader of the Opposition, as Co-Chairs of the COVID-19 National Oversight Committee, agreed to set up a Covid19 Unemployment Relief Program the primary objective of which was to provide a minimum income to those workers who lost jobs/income because of Covid19. The program was also required to assist long term unemployed persons.

The Co-chairs also agreed that the initial sectors of focus were tourism and allied services, with the understanding that other sectors can be added as the situation unfolded. The relief provided would be $150 every 2 weeks for recently unemployed persons and $100 every 2 weeks for the long term unemployed. Once an applicant has been approved, they would receive the relief payment every two weeks for a 12-week/3-month period. The decision on extending the program would depend on the status of the pandemic response and the availability of funding. The Co-chairs/National Oversight Committee also agreed that the Social Security Board would act as paying agent for this program.

The Economic Oversight Team was given the responsibility to design and implement this temporary program and, in doing so, adopted the following basic principles:

Qualified beneficiaries of the Covid-19 Response Fund should have fair, equitable and convenient access.
Persons who should not be paid from this Fund should not be allowed to receive payments from it.
The application, review and approval processes must be quick and effective given the emergency situation.
CITO was given responsibility for designing an online portal to receive the applications and to facilitate communication with applicants. The online portal went live in less than 3 weeks. Electronic processing was seen to be critical because of the need for social distancing and the volume of applications that were expected. Taking into consideration the available employment/unemployment statistics and the information on layoffs coming out of the tourism sector it was anticipated that at least 20,000 tourism jobs were going to be lost plus at least an additional 20,000 jobs economy wide. Manual processing would have implied a much longer timeline to delivery of the relief payments.

The Unemployment Relief Program opened for online applications just over 2 months ago on April 3, 2020. A total of 81,052 applications were received up to April 24 when applications were closed, for the time being. Less than 5000 applications were submitted in hard copy and, of those, only 2000 or so had to be entered into the e-portal because applicants found a way to also apply online. That they were able to is a positive indicator for access to the internet.

There were several categories of applications that have been excluded from the 81,052 applications. These include:

About 1800 persons were excluded from receiving unemployment relief because they are beneficiaries of BOOST payments or recipients of pensions from Government of Belize or the Social Security Board.
Another 1100 applicants were below 18 years of age or had clearly inputted birthdate errors, including, for example a number of persons who inputted dates of birth in 2020 or the 1800’s.
About 350 applicants submitted duplicate applications. Social Security numbers cannot be repeated in the online portal, so these persons duplicated applications by making small variations in their SSNs. The duplicate applications are removed as they are found.
In addition, there are a large number of applications that are difficult to process because applicants did not provide basic information requested on the applications, particularly contact information for employers or nature of work for self-employed persons. The 34,400 or so applications that have not been approved include approximately:

4200 “recently unemployed” applicants who provided no employer information.
9300 self-employed/independent contractors who gave no information on the nature of their work
An additional 1800 self-employed/independent contractors who say they are vendors but give no further information.
9000 long term unemployed, who would largely have no information on employment to provide.
It should be noted that approximately 4750 vendors have been approved already including vendors of tacos and other food, art and craft, clothes, etc.

Up to June 5, a total of 44,552 applications have been approved by the Economic Oversight Team and have been passed to CITO for transmission to SSB for payment. Of these, approximately:

45% were recently laid off persons;
24% were self-employed persons who lost their work; and
31% applied as long-term unemployed persons.
About 94% of all approved applications have been successfully paid. The remaining 6% have been returned as “unpayable” due to bank information problems and attempts continue to obtain correct payment information from applicants. These approximately 3,000 applicants have been offered access to TopUp cards and they are sending in their acceptance of this offer.

An attempt has been made to sort approved applications into the economic sectors within which the applicants worked. Preliminary data indicates that the majority came from the tourism sector incorporating hotels, restaurants, tour operators and the Free Zone. Some of the specific jobs included in this sector are 1738 Tour Guides (Tour Guides, Fishing Guides, Zipline staff); 2114 wait staff (servers, bartenders etc); 2323 kitchen staff (chefs/cooks, dishwashers etc); and many others in guest/customer services, housekeeping, maintenance and upkeep, etc.

Agriculture and fisheries included 1162 fishers. Construction included masons, welders and other construction workers primarily, but not only, on tourism projects.

These numbers are being fine-tuned and an updated compilation will be provided in due course.

Total funds paid out up to the end of May is $15.8 million including approximately $133,000 in bank charges. Projected payments for 3 months to those who have been approved so far total $34.1 million. If all remaining applications were to be approved, the total costs would approximate $66 million to pay every applicant for a 3-month period.

Analysis of the application data and the developments in the economy indicates that tourism/transportation remains the sector where employment has been hardest hit. As the economy slowly reopens, other sectors are returning to production and some are even expected to accelerate, but the prognosis for tourism is heavily dependent on what happens in the sector’s source markets.

The sectors/types of businesses that appear to have been less affected by layoffs include:

Government of Belize;
Schools (except for janitors, cooks/cafeteria, preschool teachers, etc);
BEL, BTL, BWSL (except for contractors such as meter readers and linesmen);
Kolbe/Central Prison;
BPO’s were initially affected but now employment in that sector is growing so this would not be a priority sector in any continuation of the Program.

Municipalities, other local government agencies and statutory bodies, except for the BTB, did not lay off staff in this first phase of the Program and several of those agencies are currently in discussion with staff regarding temporary wage cuts.

SSB has validated approved applicants who, as employees, have regular contributions paid in to SSB on their behalf by their employers to confirm employment/contribution status. A sharp reduction in contributions among this group would be expected and this is what the data shows. Among approved applicants, 12,785 had contributions made on their behalf in February. This number declined to 7,979 in March and 2,109 in April. When the May employers’ filings are completed in June, the numbers may decline further confirming the deep reduction in employment.

As consideration is given to the decision to continue this relief program, the following should be taken into account:

The priority categories of unemployed persons, which may change as the economy continues to be affected.
An effective mix of social safety net and employment protection should be the objective. The program so far has been implemented to provide a minimum income to those who have lost their jobs. In another phase, consideration can be given to introducing changes that would promote employment retention. One option is to engage employers – especially in tourism – in an arrangement to pay them per employee retained, so that they pay their employees and keep their employees Social Security contributions up to date.
A specific program for support of small business, in particular, should be considered, whether as a part of this program or as a separate initiative. Many small businesses are owner operated and do not join the self-employed option of the Social Security Board. Many do not have access to the banks or credit unions. A structured program to provide emergency financing to small business and to offer business support is key to keeping this sector alive as the economy grows.
Finally, if a decision is taken to extend this program beyond the first three months, this would require greater institutional formality including:
Locating it within a relevant Government ministry which would be able to provide greater institutional support than currently exists.
Considering whether the temporary arrangement for SSB to function as the single paying agent should continue, given the volume of work involved in processing the large number of payments.