On December 10, 2020, Hon. Eamon Courtenay, Minister of Foreign Affairs, Foreign Trade and Immigration, received copies of the Letters of Credence of the new Ambassador of the Republic of Guatemala to Belize, H.E. Erwin Rudy Archilla Falla. 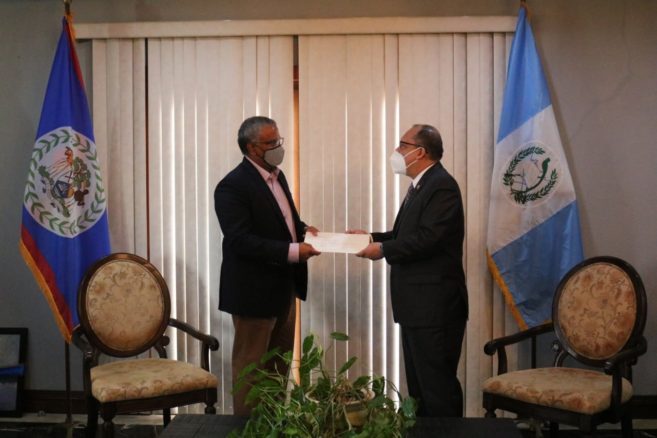 In the ensuing bilateral meeting, Minister Courtenay and Ambassador Archilla had exchanges on the impact of the COVID-19 pandemic and the recent hurricane-induced floods in their respective countries. The Minister noted that Guatemala had recently submitted its memorial to the International Court of Justice in connection with its claim to Belize and underscored Belize’s commitment to the 2008 Special Agreement and its protocol between the two countries. Minister Courtenay also emphasized the necessity of advancing the good neighbourly relations between the two countries for the mutual benefit of Belizeans and Guatemalans.
Minister Courtenay also held a bilateral meeting with the Ambassador of the Republic of China (Taiwan) H.E. Remus Chen. The Minister and the Ambassador reviewed the ongoing cooperation between Belize and Taiwan and reiterated their desire to continue deepening the strong ties of friendship and solidarity. 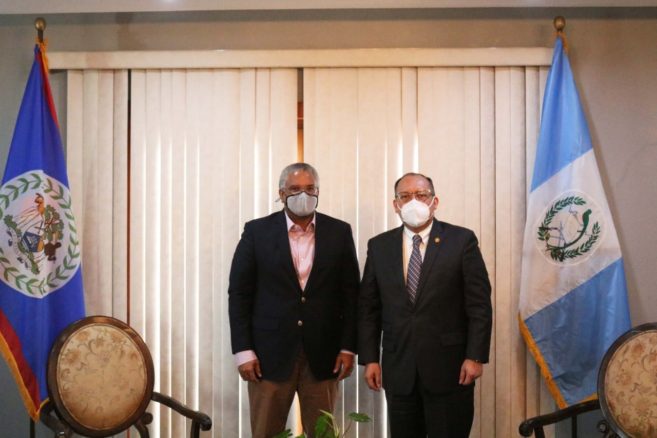 Later in the morning, Minister Courtenay met with Mr. Luis Coimbra, the Representative of the Organisation of American States (OAS) in Belize. The Minister recognized the important role of the OAS in the hemisphere and in Belize including its support in the areas of development, education and through its office in the Adjacency Zone. Mr. Coimbra reiterated the commitment of the OAS to support Belize.
Minister Courtenay was accompanied in these meetings by Hon. Ramon Cervantes, Minister of State, and Ambassador Amalia Mai, Chief Executive Officer in the Ministry of Foreign Affairs, Foreign Trade and Immigration.

UNHCR trains journalists in the proper coverage of refugee stories