« Older: Labour Department Appoints New Representatives to the Labour Advisory Board
Newer: » Prime Minister Briceño says he will not let San Pedro down


Hon. Eamon Courtenay, Minister of Foreign Affairs, Foreign Trade and Immigration of Belize, and H.E. Pedro Brolo Vila, Minister of Foreign Affairs of the Republic of Guatemala, met on March 4, 2021 at the Office of the Organization of American States (OAS) in the Adjacency Zone. It was the first meeting between the two foreign ministers since they assumed their respective posts. 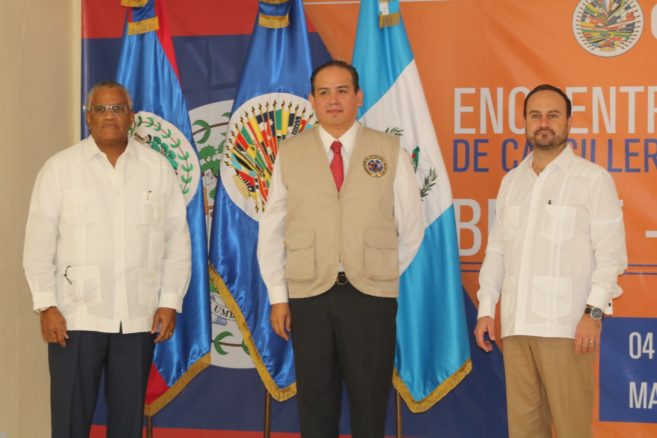 The two foreign ministers exchanged updates in the efforts to strengthen bilateral relations between Belize and Guatemala and agreed to reactivate the Belize-Guatemala Joint Commission. 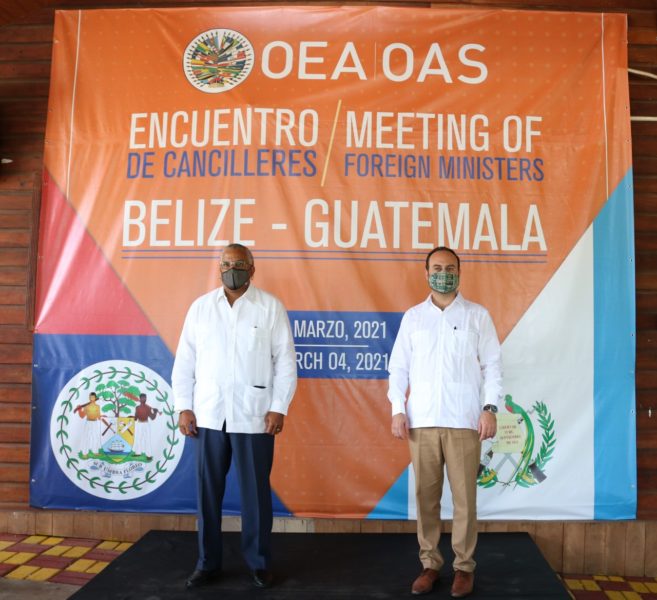 With a view of enhancing trade between Belize and Guatemala, Minister Courtenay and Minister Brolo reviewed the implementation of the Belize Guatemala Partial Scope Trade Agreement (PSA). The ministers reiterated their commitment to the PSA and its potential to increase trade and economic growth and development. They underscored the need to revitalize the administrative institutions of the PSA to ensure that the agreement functions in the most efficient and effective manner.
Minister Courtenay and Minister Brolo reaffirmed the importance of adherence to the 2005 Agreement on a Framework for Negotiations and Confidence Building Measures.
The two ministers thanked the OAS Office in the Adjacency Zone for hosting their bilateral meeting. They also commended the OAS for the crucial role it plays in maintaining peace and respect of human rights of the people along the Adjacency Zone.