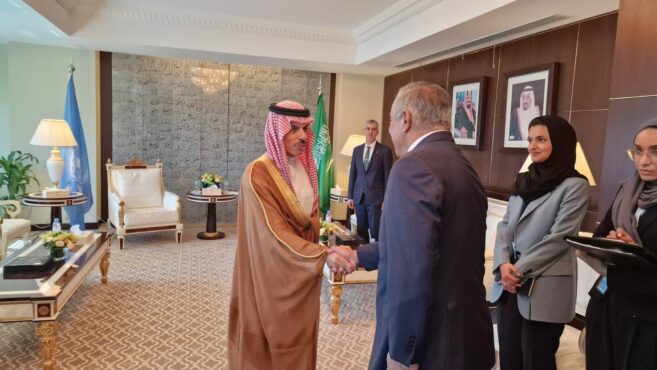 The prime minister stated that before the official signing, he met with Saudi Foreign Minister Prince Faisal bin Farhan Al Sau for a formal meeting. Briceño said they expressed mutual satisfaction with the recently formalized relations. They also spoke about their aspirations to deepen ties of mutual economic benefit. 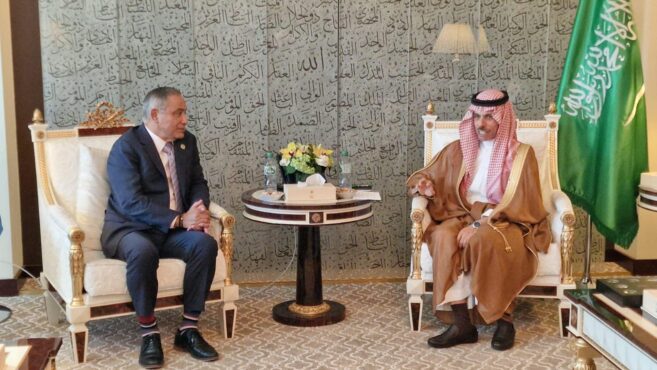 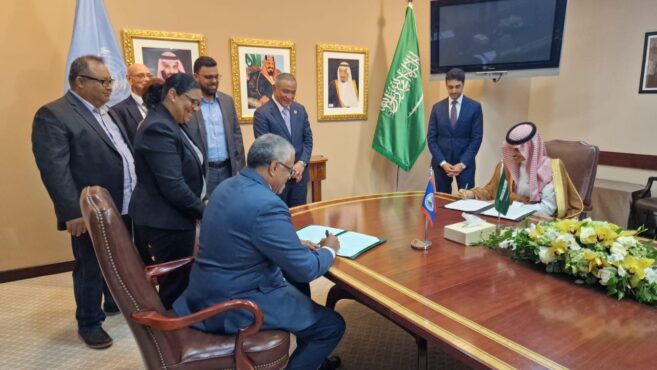 A day before, Prime Minister Briceño addressed the 77th UN General Assembly. Briceño opened his speech and noted the ongoing international conflict between Ukraine and Russia, the rise in global poverty rates, food security, and the climate crisis that Small Island Developing States like Belize are going through. “The planet is being destroyed by climate change, and inter-lateral cooperation and solidarity have been supplanted by nationalism and unilateralism. Global market prices for goods remain volatile, reaching historic highs this year. The lingering impacts of the COVID-19 pandemic have contributed to skyrocketing inflations. These economic realities exacerbate an already acute social situation in Belize. Poverty is estimated to have risen by twenty percent between 2018 and 2021. 45.5% of Belizeans are estimated to be moderate to severely food insecure, and homicides are on the rise again,” said Briceño. The prime minister added that all the promises and commitments to building a better global future to getting the recovery right had yielded little. 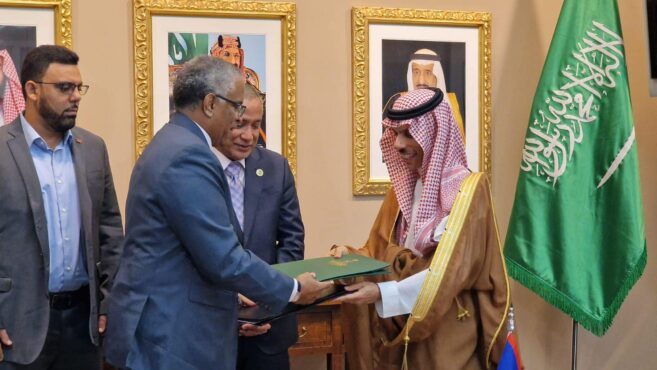 Next, as Briceño continues his work tour, he is scheduled to attend a protocolary meeting on Monday, September 26th, with the Permanent Council of the Organization of American States in Washington, DC.
During his work visit to the United States, Briceño is expected to meet with members of the Belize Diaspora.