Home » Health » Mercury in Fish from the Macal River

Mercury in Fish from the Macal River


DATE: 22nd September, 2015.
PRESS RELEASE
The Ministry of Health, in collaboration with the Department of Environment and the Belize Electric Company (BECOL), has finished another mercury test on the fish taken from the Macal River. The following Public Advisory is being issued to guide the general public on the amount of fish that can be eaten weekly from the Macal River to avoid ill effects due to mercury exposure.
For this analysis, 12 types of fishes were caught from the Macal River. Of those twelve species 50% had levels of mercury above the recommended level of 0.5 mg/kg. Of that 50%, only three (3) or 25% of those fishes are normally consumed by persons living in communities around the Macal River. These fish include the Bay Snook, Baca and Botasi. 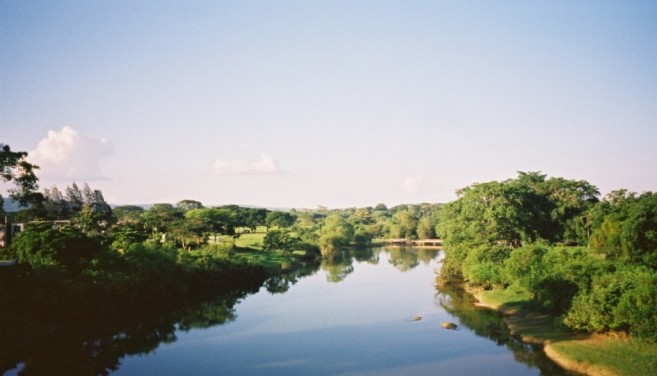 After testing the mercury levels were found to be the highest in the Botasi with 1.55 mg/kg and the second highest in the Bay Snook with 1.44 mg/kg or both approximately three times the recommended levels. Baca was also found with elevated level of mercury 0.68 mg/kg or a little over the recommended level of 0.5 mg/kg.
In the case of Bay Snook, the new results indicate that there has been a significant increase in mercury levels to almost three times its pervious reading of 0.61mg/kg to 1.44 mg/kg. This increase in mercury in the fish hence, has reduced the amount eatable to 0.64 ozs. (or a little over half ounce) of Bay snook per week for persons of 175 lbs or older. Due to the very small amount allowable and the likelihood of low adherence by the public, the Ministry is hereby not recommending the eating of Bay Snook from the Macal River until further notice. Similarly due to the high levels of mercury in the Botasi fish only 2.9 oz. and 2.56 oz. of Baca can be eaten per week.
With excess mercury concentration in the three fishes, the Ministry warns the public to obey the recommendations on eating fish from the Macal River to prevent negative health impacts such as: mental retardation in children, poor development of infants, vision impairment, nervousness, weakening of muscles in the hand and feet.
In recognition of the loss of this essential fat (omega fatty acids) which comes from fish, the Ministry also recommends the eating of the following to serve as a replacement of omega fatty acid that can be lost from the diet by not eating fish:
1. Eat fish from other locations in the country.
2. Eat replacement foods like: canned light tuna, local chicken, seeds such as flaxseed, pumpkin seeds (Pepitos), sesame (Wangla seed), sunflower, cashew nuts, avocados, spinach, oils from flaxseed, canola, corn, olive or soybean.
3. Take Omega Acid Supplements.
The general public is warned that the advisory on the amount of fish to be eaten only applies to Bay snook, Baca and Botasi caught and eaten from the Macal River. Furthermore, the Ministry of Health would like to assure the public that it remains watchful on this issue and will continue to track its progress and make the necessary advisory as required.
Let’s remain safe and healthy and follow the recommended weekly consumption quantities of fish from the Macal River.
For further Information please call the Ministry of Health at 822-2325/2363/2497