Home » Community and Society » Letter to the Editor: THEY JUST DON’T CARE ABOUT THE PEOPLE

Letter to the Editor: THEY JUST DON’T CARE ABOUT THE PEOPLE


It is outrageous that BECOL-Fortis (a Canadian owned corporation), the owner and operator of the Macal River dams portray themselves as “sharing information” and getting feedback from the public, a fantasy they continue to perpetuate.
BECOL is required to inform the people and respond to our concerns about the problems that directly affect our lives and health. BECOL is required to test the levels of mercury in the fish in the Macal River and inform the public on the dangers of eating fish high in mercury; BECOL is required to test the water of the river and inform the people of the test results; BECOL is required to have a workable Dam Break Early Warning System in place – something they were to do when the Chalillo Dam went online, 13 years ago but have still failed to do.
We attended another session BECOL labels a “public discussion” on 28 September 2018. These are some notes from that meeting. 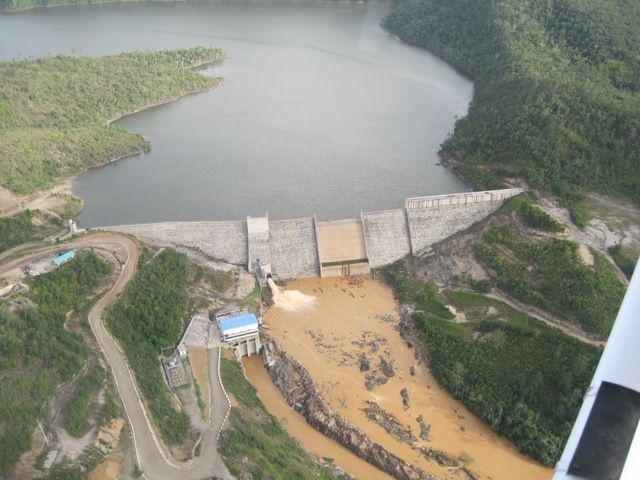 Informing and Listening to the People
There was a very small turnout to the meeting which was held at 7pm on a Friday night at Cayo Centre for Employment Training, which is up Buena Vista Street in a dark and low populated area. It is not comfortably gotten to on foot at night.
Advertising the meeting consisted of one notice in the Reporter Newspaper and ads, according to BECOL, run on two local radio stations. We saw the notice in the paper but did not hear the ads nor did we speak to anyone that did hear them. So a low turnout was no surprise.
They announced that they would probably stop even these public discussions because no one comes.
Yet their failure to schedule them at a reasonable time, in a reasonable place and properly advertise the meetings have a lot to do with the attendance.
They announced that they intend to turn to social media in the future. When asked why they didn’t use social media to advertise the meeting, they admitted they do not have a website, facebook or twitter page. AND they ignore the fact that many of the villages impacted by the dam do not have easy access to the internet.
Even if they did turn to social media, who would have BECOL as their friend on facebook????
They have failed in their duty to meet their legal obligations to keep the public informed and updated, by fully advertising meetings on well established communication channels and by sharing the little information they have gathered in any way. They have not made information available in a publicly accessible way. Even the information they did present at the meeting they refused to share, saying that we would have to get it through the Department of Environment.
How are they to inform the public about information on a dam break plan, mercury in the fish and water quality if they can’t even inform them about the meetings?

Emergency Dam Break Warning System
In case of a dam break, BECOL is to have a feasible, applicable plan that works. The main thing about a workable plan is that people know about it.
We pointed out that an emergency warning system was supposed to be in place before Chalillo went online, 13 years ago. The BECOL representative who was the sole presenter at the meeting said he didn’t know anything about that; he has only been with BECOL for 3 years. So we are supposed to accept that BECOL is not responsible for anything prior to this man’s employment?
When questioned why a workable plan was still not in place, he claimed they, BECOL and NEMO, have gone to a few selected schools over the past 3 years but could not or would not give details. The BECOL representative said that if we had a problem about how the schools were selected, we should contact the Ministry of Education.
But how does “going to schools” constitute a workable plan? Are the school children supposed to inform their families?
Planning sessions and simulations for the Dam Break Early Warning system do not even include the public and no effort has been made to educate the public about the emergency responses that has been created. Last year, a simulation was held in April (2017) and the report of the meeting is still not completed or available to the public.
This year BECOL and NEMO are going to do something called a “Table top exercise” to test the response mechanism. It is NOT to educate the public and does not involve them; the public is NOT invited. So what is a table top exercise? It is where all the relevant stakeholders sit around the table and go through their response to an emergency situation.
Who are “all” relevant stakeholders? How about some real testing of the response? Like the exercises done for hurricanes or even a fire drill? How can parents feel assured their children are safe in case of an emergency?
Maybe they don’t care because they have no liability if something happens to the dam or river and people or property suffer damages; the government says we can’t sue BECOL, according to the Power Purchase Agreement signed when PUP was in power and upheld under the UDP.

Mercury levels in the fish
Over the years, BECOL has reported the changing levels of mercury, one time up the next time down. Basically, people want to know, “Can I eat the fish? Can’t I eat the fish?” Many people still fish in the rivers affected by the dam. For awhile there was less fishing but people aren’t informed so they think the danger is over.
BECOL must improve their sampling procedures by adding measurements that bolster the monitoring process, and combine and integrate the results of their different chemical, physical, and biological monitoring efforts to provide understandable reasons as to the changeability in the test results to determine if the fish are safe to eat, which is the bottom line.
BECOL, DOE and the Belize Ministry of Public Health must provide understandable information on the safety of eating fish from the river.

Water Quality
The latest DOE water quality reports on the condition of the Macal River watershed and the Chalillo Dam continue to falsely claim that the overall water columnof the Macal River “remains in a very good and healthy state.”
The truth is the water quality and overall health of the Macal River watershed and its biological community including fish are on the decline due to the operation of the Chalillo Dam. Current information in the DOE reports show very high levels of pollution and make it clear that the water quality is “Non-Compliant”with regard to important health parameters that include bacteria that shows the potential for human and animal infections. The levels in the DOE report indicate extremely high levels of water contamination, anywhere from 4- 20 times the acceptable level to protect human and animal health.
BECOL must actively engage with DOE, the Belize Ministry of Public Health, and other government agencies responsible for protecting the environment and provide current user-friendly explanations of the current state of the Macal River water quality with an emphasis on human and ecosystem health.

Conclusion
The people have the right to be kept informed about potential health risks posed by the operation of the Macal River dams.
These failures to make vital information readily available to the people who continue to live in danger and under threat from the dams is a gross injustice showing the Department of Environment cares more for BECOL than the people and environment they are charged to protect. Instead of prosecuting them for their violations, it allows them to continue to ignore us.

Submitted by:
The Belize Institute of Environmental Law and Policy (BELPO)