Mercury in Fish from the Macal River and Other Rivers


The Ministry of Health, in collaboration with the Department of Environment and the Belize Electric Company Limited (BECOL), has completed another assessment of mercury levels in fishes from the Macal River, Mopan, Belize and New River.  The following Advisory is being issued to guide the public on the amount of fish that can be eaten safely to avoid ill effects due to mercury exposure. 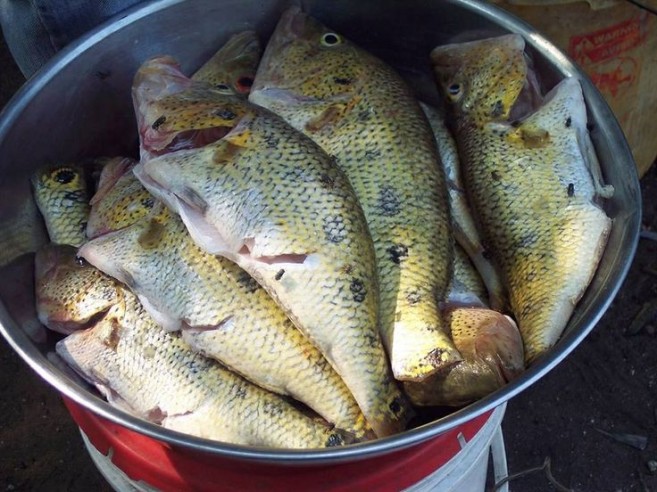 Analysis from this mercury testing indicated that only two fishes (Botasis and Shortfin Molly) had levels of mercury above the recommended safety level.  All other captured fishes tested were below the mercury safety level for consumption however they must be consumed with some caution especially Bay snook which was found to be slightly under the safety level.  The public is therefore advised not to eat more than six ounces for both Botasis and Bay snook weekly. For Shortfin Molly, no recommendation is given since it is a small aquarium fish not eaten by the public.

Fish Monitoring in Other Rivers

In this monitoring, fish tested from other rivers came from theMopan River near Benque, Calla Creek and Santa Familia, Belize River near Iguana Creek, Roaring Creek, Big Falls and Burrell Boomand the New River in the Orange Walk District.  These fish were tested to identify existing mercury levels in the absence of a dam.  The following were the results:

•Of the 13 species of fish tested, five species (Bay snook, Baca, Tilapia, Shad and Yellow Sea Catfish) had very high mercury levels above what is safe for consumption.

•In the case of Bay snook, Baca and Tilapia, mercury levels were almost twice as recommended for safe consumption.

• The following quantities of fish are recommended for consumption:

*Baca from the Mopan River in the area of Benque Viejo is not to be consumed.

Only a maximum of 5 ounces of Shad is to be consumed from the Mopan River weekly.

Only 1.6 ounces of either Tilapia, Yellow Sea Catfish and Bay snook is recommended for consumption weekly from the Mopan and Belize Rivers.

The public is asked to obey the recommended amounts of fish to be eaten in any one-week period to prevent negative health impacts such as: mental retardation in children, poor development of infants, damage to vision, weakening of muscles in the hands and feet.

It is also recommended that the following can be eaten to serve as a replacement option for the omega fatty acid that may be lost from the diet by not eating fish:

1.Eating fish from other locations in the country.

3.Use of oils from flaxseed, canola, corn, olive or soybean or

The Ministry of Health assures the public that it remains watchful on this issue and will continue to issue the necessary advisories as required.

Let’s remain safe and healthy and follow the recommended weekly consumption quantities of fish from the Macal, Mopan, Belize and New Rivers.

Over 3,000 vaccinated in San Pedro; islanders start getting the second jab