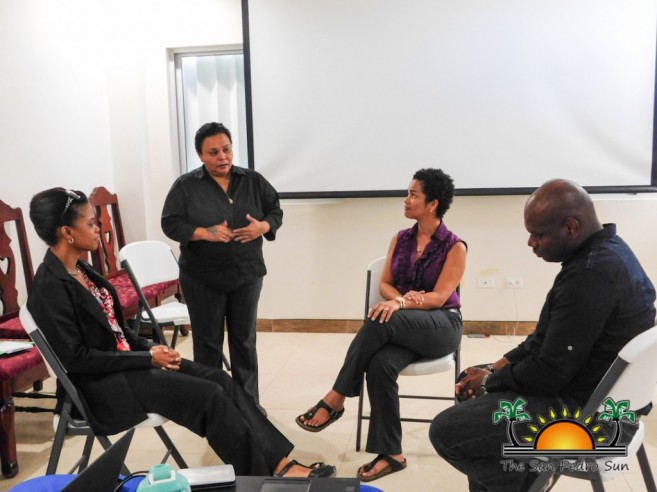 Facilitator Carrrillo led the seminar by explaining of using accurate information when reporting on HIV/TB. As such, she explained the basics of HIV/TB/AIDS, and the situation of HIV in Belize. After 14 hours of instruction, the workshop was declared a success. The ultimate goal is to enable a legal environment, which would not only have laws and policies against discrimination on the basis of sex, health status (including HIV status), age, disability, social status, sexual orientation, gender identity and other relevant grounds, but that they would be enforced. In such an environment, people would have access to justice, especially if they were are aggrieved. 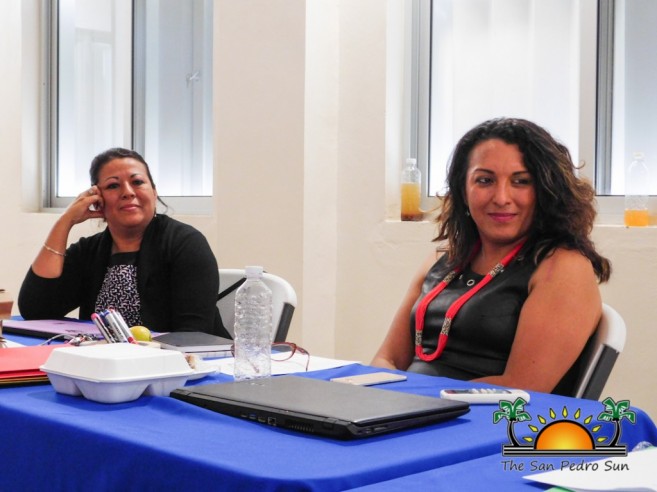 By the end of 2020, NAC envisions that Belize will have continued to reduce the number of HIV infections; extended the length and quality of life of people living with HIV; significantly reduced discrimination against persons vulnerable to HIV; and effectively coordinated a multi-sectorial response.
In the first of this informational series, The San Pedro Sun will be highlighting and explaining the definition of HIV/TB/AIDS, how it is transmitted, the various stages of HIV, and treatment options for HIV. 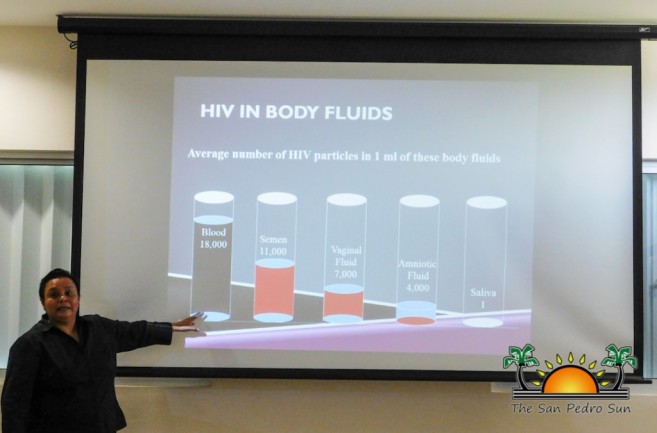 What is HIV/TB/AIDS?
HIV is a virus that attacks the immune system’s ability to fight off infection and diseases. HIV is a retrovirus – its genetic material, RNA (ribonucleic acid), must be converted in to DNA (deoxyribonucleic acid) during replication. HIV uses CD4 cells for reproduction, which are a type of white blood cells that ‘switch on’ the immune system to fight disease. Over time, viral loads increase, and CD4 cell decreases. The normal range for CD4 count is 600-– 1500 cells per cubic millimeter (mm3). With HIV infection, every day more CD4 cells are made; and every day HIV uses CD4 cells to replicate itself.
AIDS (Acquired immune deficiency syndrome or acquired immunodeficiency syndrome) is a syndrome caused by HIV. This occurs when an individual’s immune system is damaged to the extent that when opportunistic infections occur, the individual is said to have AIDS. Tuberculosis is a disease that is caused by a specific type of bacterial infection called Mycobacterium tuberculosis. TB usually affects the lungs, but it can also affect the brain, kidneys, spine or other organ systems. TB remains the leading cause of death among people living with HIV, accounting for around one in three AIDS-related deaths.
How is HIV transmitted?
There are three main modes of HIV transmission:
*Through direct contact with body fluids transmission such as: semen, vaginal fluids, blood and breast milk.
*By having unprotected sex with an HIV infected person, infected blood or blood products (sharing needles with those infected, through tattoos and body piercings.
*Through infected mother to child (at delivery or through breast feeding). 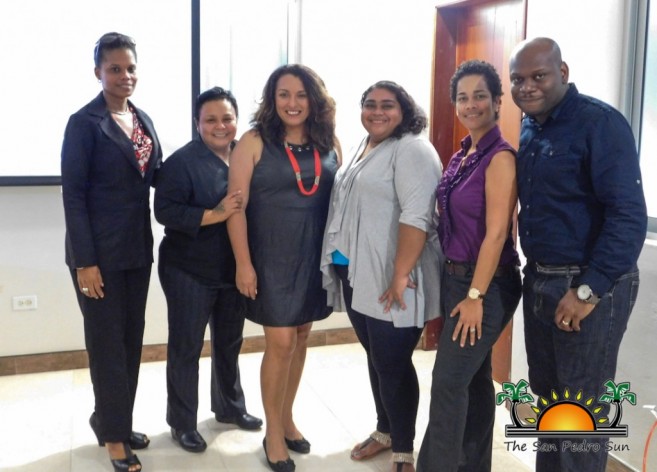 Stages of HIV
The first stage of HIV is usually asymptomatic, the CD4 count is between 600-1500 mm3. The individuals is able to fight infection well. Even as CD4 drops slowly over time, it is possible to continue with normal daily life. In the second stage, the CD4 count drops below 350mm3, and mild infections occur more often than usual. Rashes, skin infections, oral thrush, fever, shingles, recurrent chest infections, weight loss is common, but it is still possible to continue with normal daily life.
As HIV progresses to the third stage, the CD4 count drops below 200 mm3. A person gets more serious Opportunistic Infections (pneumonia, meningitis, TB), chronic diarrhoea, prolonged fever, candida, weight loss increases, and it is difficult to carry on with daily activities. In the fourth and final stage of HIV, CD4 count drops further, as low as 0mm3, the individual is often very sick and bedridden, there are more severe Opportunistic Infections (severe pneumonia, severe diarrhoea, lymphoma, extra pulmonary TB, toxoplasmosis, cryptococcal meningitis, Kaposi’s sarcoma, HIV encephalopathy, oesophageal candidiasis), and excessive weight is lost.
Treatment for HIV
The most common treatment for HIV is antiretroviral therapy (ART). This therapy is highly active in suppressing viral replication, reducing the amount of the virus in the blood to undetectable levels and slowing the progress of HIV disease. ART isn’t a cure, but it can control the virus so that you can live a longer, healthier life and reduce the risk of transmitting HIV to others. ART involves taking a combination of HIV medicines every day, exactly as prescribed.
If you need more information regarding HIV, available treatment, questions, or concerns, you may contact the National AIDS Commission by calling 223-7592 or email [email protected]

Island COVID-19 cases on the rise; people urged to get vaccinated