Taking the 2017-2018 title and crown of Miss Teen Belize, was 18-year-old Kiah Pastor from Belmopan City. She charmed the judges and audience in all four segments during the pageant held on Saturday, May 27th at the Mahogany Bay Village south of San Pedro Town. 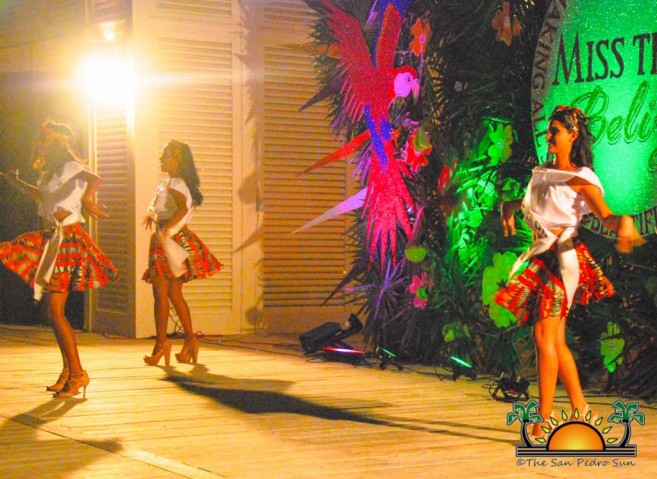 The show started promptly after 8PM with the singing of National Anthem followed by an invocation by Pastor Clive Welsh. Soon after, the San Pedro Dance Academy delighted the audience with a dance performance, and at the end they were joined by the four contestants of the pageant. Competing for the coveted title were Grace Brown from San Pedro Town, Vineesha Price from Belize City, Kiah Pastor from Belmopan City and Julene Garcia from the Toledo District. Mistresses of Ceremonies Yakareli Hernandez and Faith Noel smoothly transition each segment of the evening’s show.

Responsible for judging and selecting the winner at the end of the show were five judges: Tanya McNab, Jason Baranec, Beth Clifford, Gil Castillo and Paulette Harwood.

During their introduction, each contestant shared a little bit about themselves and the area they were representing. With poise, elegance and beauty they captivated the public who cheered them on as they retreated to get ready for the pageant’s first segment. During intermission, a dance performance kept the crowd entertained.

A few minutes after the girls were ready for the costume segment. One by one, each contestant graced the stage modelling their elaborate costumes. Each candidate featured a theme tied in to Belize’s natural resources and fauna. From jaguars, macaws to the Blue Morpho butterfly, each costume evoked some of the natural wealth Belize has to offer. The candidates proudly spoke about their costumes and how it linked with Belize’s uniqueness and beauty.

After another intermission presentation, the young ladies modelled tropical swimwear in the swimsuit segment. They walk around the stage, giving their best poses, fuelling much applause and cheering from the audience.

The show then transitioned into the much anticipated part of the event – the evening gown segment. The contestants stunned the audience with their beautiful gowns, shinning like stars on stage and brimming with unmistakable elegance.

Following the intermission presentation of another dance number, the most important part of the show took place; the question and answer segment. Questions ranged from social issues, education, peer pressure and tourism. Each young lady enthusiastically answered their given question to the best of their ability. After the final segment was over, the judges took some time to tally their votes, while an acrobatic dance performance took place. 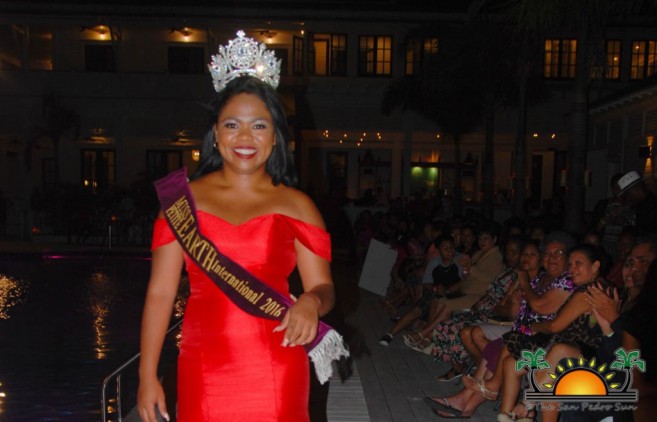 Outgoing Miss Teen Earth Petite 2016-2017, Vivian Noralez took her last walk and delivered her farewell. She thanked everyone who supported her during her reign, and wishing her successor all the best. Immediately after Noralez last appearance on stage, the winners were announced.

The title for Miss Congeniality and First Runner Up, went to Grace Brown from San Pedro Town. The title for the Best Costume went for Vineesha Price from Belize City for her depiction of Belize’s forest king, the jaguar. Miss Photogenic was Julene Garcia from Toledo District. 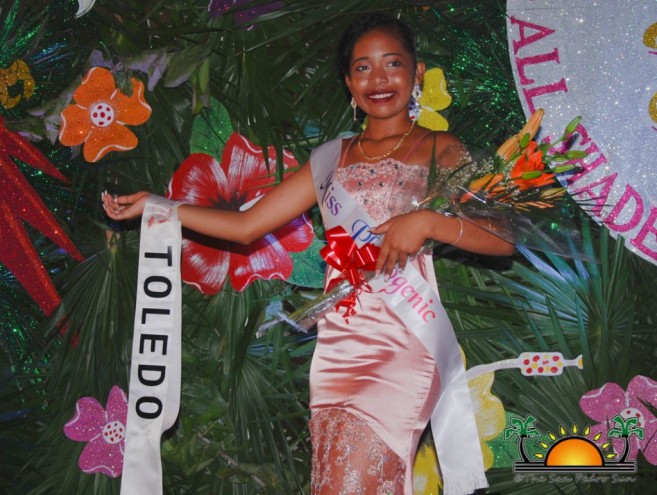 The moment of the truth was next, and to the beat of drumrolls, Kiah Pastor from Belmopan City was crowned as Miss Teen Belize 2017-2018. After being sashed and presented with her bouquet she tearfully and joyfully thanked everyone. Pastor shared a few words with The San Pedro Sun. “I am so excited to represent our country and I am also very excited to be an advocate for teenage girls across Belize.”

Pastor will travel with Noralez to Guayaquil, Ecuador on August 30th, where she will be competing in the Miss Teen Earth International pageant. While, First Runner Up Grace Brown will represent Belize at the Miss Teen International Pageant in Panama City, Panama.

Noralez would like to thank all participants who participated and gave their all during the journey to the pageant night. A HUGE thank you goes out to Mahogany Bay Village for hosting the event and all the sponsors who made the pageant possible.