In the mid 1990’s, members of the International Union for Conservation of Nature (IUCN)/Species Survival Commission-Crocodile Specialist Group (CSG) conducted a countrywide survey of the American Crocodile (Crocodylus acutus) in Belize, declaring the species as Vulnerable by the IUCN RedList as a result of habitat loss, and rapid development in some of their key nesting sites. At that time, the crocodile population of Caye Caulker was considered a population still in recovery from past overexploitation, detailing the difficulty in getting close to crocodiles, likely a result from constant harassment and continuous poaching. However, a recent published study conducted by the Crocodile Research Coalition (CRC), illustrates a positive reversal from the last official study of this population 20 years ago. The study conducted by CRC (co-founded by Dr. Marisa Tellez, a member and Vice Regional Chair of Latin America of the CSG) in collaboration with the Forest and Marine Reserve of Caye Caulker (FAMRACC) illustrates a population recovered from past harassment and exploitation, thriving and co-existing with the local community. Members of the CRC conducted habitat, nocturnal eyeshines, and capture surveys in January and March 2016, performing health assessments and identifying the external crocodile-specific parasite Paratrichosoma, which Dr. Tellez has identified as a bio-indicator of environmental fluctuations and stability given its prevalence and other parasitological characteristics. 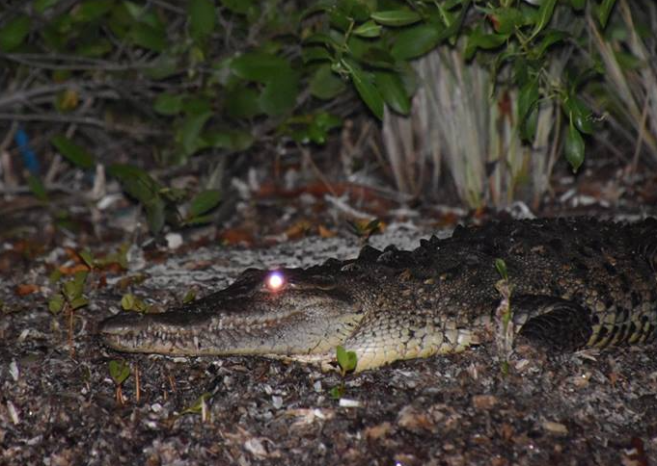 Fifty-five crocodiles were discovered, but as many croc experts state, population surveys usually depict the minimum number of crocodile individuals, and the actual population is double or triple the number. Additionally, crocodile behavior was opposite from what was described in the 1990s. Although shy and timid, the American crocodiles in this study were not as weary as previously described. In the previous studies, only eyeshines were detected as crocodiles could not be closely encountered. Overall, the study states a relatively healthy population illustrating signs of past recovery and harassment. 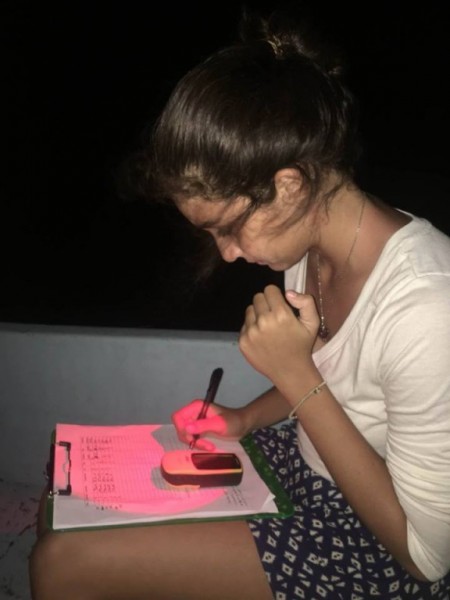 So what has led to this positive change in direction for the population of American Crocodiles on Caye Caulker? As the authors state, the present crocodile population may have benefited from increased wildlife enforcement that decreased poaching, as well as education of co-existing with wildlife championed by FAMRACC over the years has led to a community that is relatively respectful of the crocodiles, alleviating false fears and illegal actions toward crocodiles among the local community. A common statement the CRC received from community members, “We leave the crocodiles alone, and they leave us alone.” Furthermore, the establishment of the reserve on northern Caye Caulker, as well as controlled development, has allowed crocodiles to thrive yet find refuge from humans given this species is typically timid and shy (unless fed or handled often). Caye Caulker currently appears to be a model community for the country and the region on how to co-exist with crocodiles. 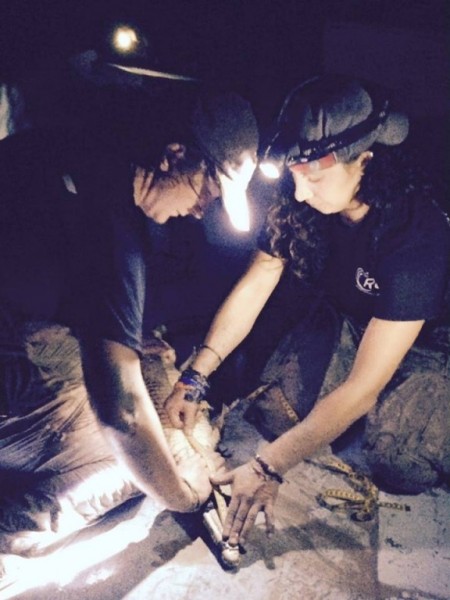 Although the recent survey indicates a relatively stable and recovered population compared to the population from 20 years ago, development and pollution (although minimal compared to other areas) do threaten the stability of this population and relatively peaceful interaction with the local community. So, how do we counteract this? The CRC is currently working with FAMRACC to build a local management program for crocodiles, which includes annual official habitat, eyeshine and capture surveys. Additionally, CRC has created Next Gen Croc in partnership with Ocean Academy, a program that fosters the next generation of wildlife enthusiasts, scientists and conservationists by involving and mentoring students in data collection and the development of the local crocodile management program (such as analyzing the annual data and writing up a report for Forest Department). Next Gen Croc students have become the local advocates for crocodiles and their environment, and have been internationally recognized which includes winning an ecological student leadership award within its first year of development. It is intended with this continual collaboration between the CRC, FAMRACC and Next Gen Croc that the American Crocodile population of Caye Caulker can continue to thrive alongside with the local community for future generations to come. 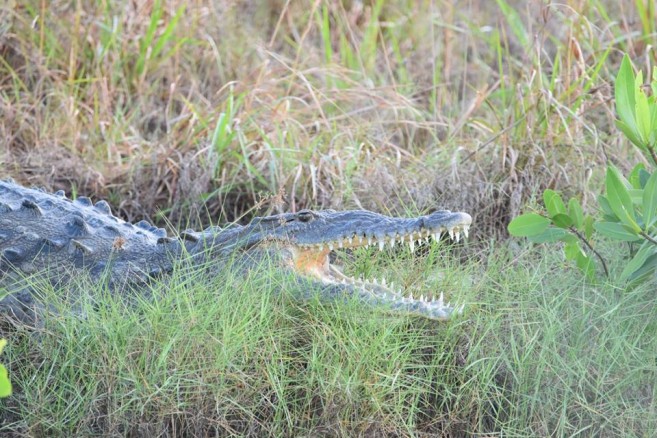 Established in January 2016, CRC promotes conservation, research and education through community involvement of the environment and adjacent wildlife of crocodile habitat in Central America. The conservation organization is based on the Placencia Peninsula. For more information about CRC please visit their website at www.crocodileresearchcoalition.org.