Submitted by Dr. Marisa Tellez, Crocodile Research Coalition Co-Founder, Member of the IUCN/SSC-Crocodile Specialist Group, and Vice Regional Chair, Latin America
Chiquibul Forest is home to a diverse array of species, such as Scarlet Macaws, jaguars and tapir, providing a lush environment in which these species can thrive with little human contact. A recent study led by the Crocodile Research Coalition (CRC) in collaboration with Friends for Conservation and Development (FCD), Belize Wildlife Referral and Clinic (BWRC), and Croc U illustrates that the local Morelet’s crocodile population is thriving in its isolated habitat. During habitat, nocturnal eyeshine, capture and nest surveys conducted in April, June and July in 2016, the investigating team discovered a population of over 160 of various size classes. All crocodiles sighted or captured appeared healthy according to health examinations performed, likely reflecting a stable and healthy environment. Compared to previous reports of Morelet’s crocodile populations in Belize, this is the largest Morelet’s crocodile population in-country. 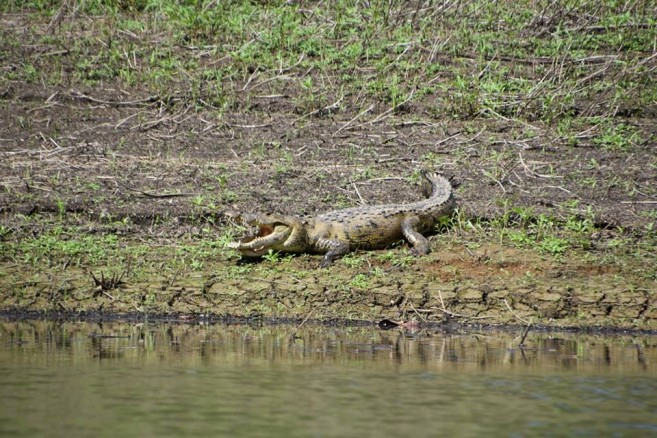 Further characterizing the uniqueness of Chiquibul Forest, the principal investigators detail in their scientific report a few interesting facts about the Morelet’s crocodile population, furthering the support to conserving the environment. First, the scientists discovered a female biased population, which is the first reported for this species in Belize, and throughout its range (which includes Guatemala, Mexico and Belize). This could result from the low ambient temperatures in Chiquibul Forest compared to other locales within the Morelet’s crocodile range in Belize as the sex of crocodilians is temperature-dependent, with low nest temperatures (28ºC–31ºC) producing females and higher temperatures (32ºC–34) producing males. Second, the team observed an unusually high rate of cannibalism. Specifically, it seemed two large crocodiles were serial offenders, specifically targeting females of reproductive size of about 1.5m. This may be a result of intense territoriality, population control, or larger crocodiles incorporating smaller crocs into their diet as cannibalism is common amongst crocodilians. However, as exemplified, the rate of cannibalism in which the team observed was high, and further behavioral study into this unique phenomenon will be pursued. 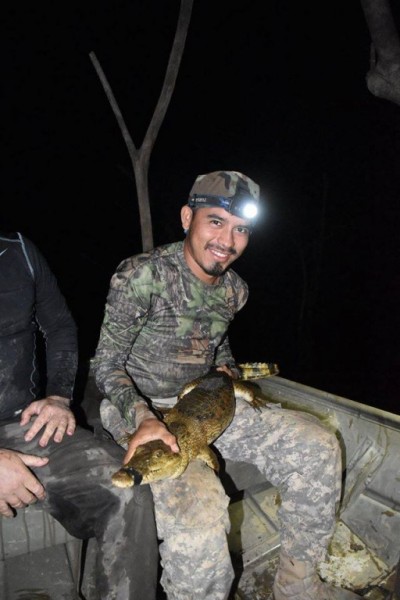 Finally, this population is likely the last purely genetic Morelet’s crocodile population in Belize, and one of the remaining few in its range, which makes it a top priority amongst conservationists. Hybridization between Morelet’s and American Crocodiles is common amongst areas of sympatry and has been proven since the early 2000s from geneticists in Mexico and the United States. These studies also discovered traces of the American crocodile further inland in typical Morelet’s crocodile habitat in Belize, illustrating the loss of genetic integrity between the two species in areas with no isolation. The continual isolation of the Morelet’s crocodile in Chiquibul Forest provides a unique protective barrier for the genetic integrity of this population, in addition to anthropogenic influences (such as pollution and habitat loss).
The motivation for this study was to obtain baseline data of the Morelet’s crocodile population in Chiquibul Forest to initiate a crocodile conservation program led by FCD in collaboration with the CRC, which included training for the FCD research team by the CRC and Croc U. This conservation program of the Morelet’s crocodile will include annual habitat, nocturnal eyeshine, capture and nest surveys conducted by FCD and partners. Data collected this year will be included in the countrywide Morelet’s crocodile survey currently being led by the CRC in collaboration with several organizations in Belize. The last official countrywide survey conducted of Morelet’s crocodiles was 20 years ago, and it is anticipated the current data will assist the Forest Department in creating a nationwide crocodile management program to assist in conservation of the species but to also help in mitigating human-crocodile conflict. 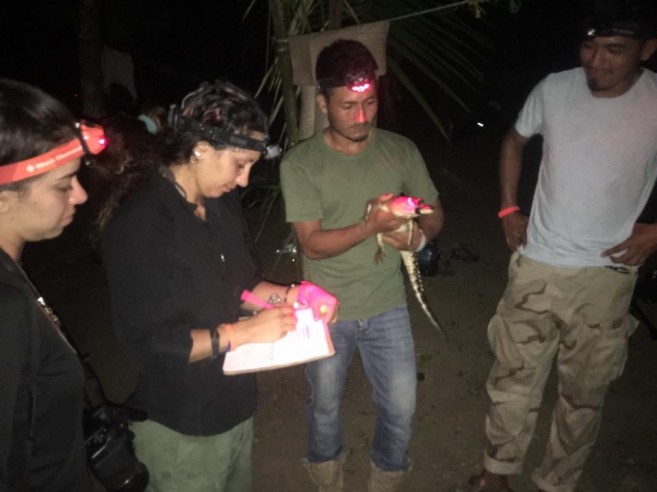