Police on Ambergris Caye have arrested and charged a Tourism Police (TP) after he was caught extorting a businessman in a planned operation. The operation took place on Friday around 11:40AM when TP John Arana returned to collect a sum of money he had allegedly demanded earlier from the proprietor of a bar establishment. The TP has been charged for extortion and faces interdiction. 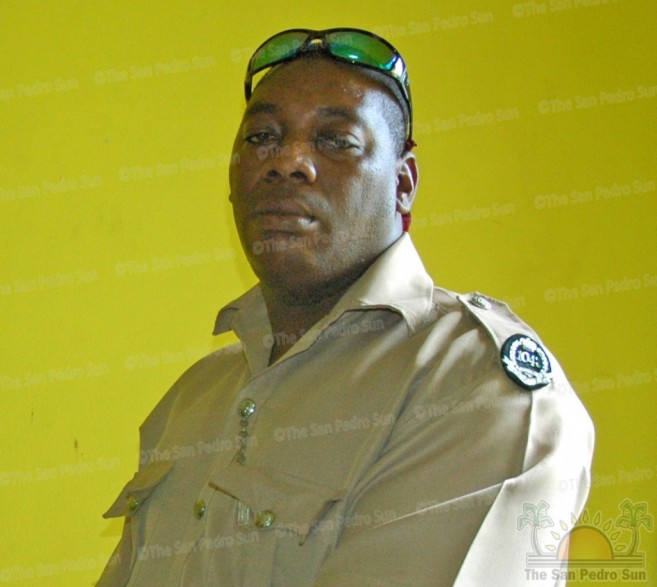 According to police, prior to the operation, they were informed by the owner of Mamacita’s Entertainment Bar located on Angel Coral Drive, San Pedro Town, that Arana had visited the establishment. Police say that Arana had knowledge of the bar owner having financial issues before the court over bills owed to a supermarket. According to police, Arana told the owner of Mamacita’s that he could prevent him from going to court if he paid him a total of $1,200. The owner gave Arana $200 on the first day with the understanding that TP Arana would return on Friday December 12th for the remaining $1,000.
But the owner reported the matter to the police, who set up an operation. “On Friday December 12th, about 11:40AM John Arana arrived at his place where he informed him (Arana) that he did not have the full money to give him but could give him what he had. [The owner of Mamacita’s] then handed over to John Arana a white envelope which contained ten-$50 notes which he had placed the marking CC on the left corner of each bill and had also photocopied them. He then saw John Arana take out the money from the envelope and put it in his pocket and left,” detailed an official police report.
According to Inspector of Police Henry Jemmott, Deputy Commander of the San Pedro Police Department, police officers who were on standby immediately responded to the scene and found Arana coming out of the establishment. Jemmott explained that Arana was approached and searched, wherein a black leather wallet, was located in his pocket containing the marked $50 notes extorted from the businessman.
Arana was immediately cautioned, taken into custody at the San Pedro Police Station and was later formally arrested and charged for extortion. He was been taken before the San Pedro Magistrate Court on Monday December 15th on a single count of extortion. Arana has been placed on interdiction pending the outcome of his criminal case.

3 males detained for possession of drugs and firearms