Two police officers attached to Precinct Three in Belize City were arraigned on extortion related charges on Friday, September 8th. The duo, identified as Sergeant Lenancio Bol and Police Constable Daniel Requeña managed to meet a $2,000 bail after appearing before Magistrate Aretha Ford and were set free. This is the second time Requeña has been in trouble with the law for the same offense. 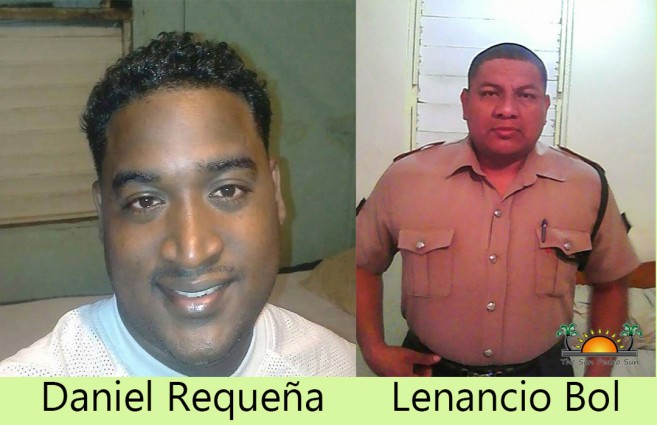 The official report states that the accused police officers, on Tuesday, September 5th, demanded a sum of $800 dollars from one Estefania Gomez. According to Gomez, she visited the Queen Street Police Station at around 11:30PM and reported that hours earlier, while at work, she received a call from a friend who informed her that three of her female friends were being detained by police. Gomez was told that they were being held for not having legal papers to remain in Belize. When Gomez arrived at the Precinct, Bol told Gomez that he would be handing over the women to the Immigration Department. It was then that she asked what could be done to have them released from police custody. Gomez offered him $800 which he initially rejected. However, he finally agreed to the offer and was paid in denominations of $50 and $100 notes. Those bills it turned out, were all marked. When police apprehended him, he was with his colleague Requeña. The monies were then retrieved from the police mobile and the men were arrested.

According to Assistance Commissioner of Police Dezerie Phillips, Requeña was charged for conspiracy to commit extortion. ”The Department maintains its zero tolerance to wrongdoing by its officers and this is another testimony that we stand by that mandate,” said Phillips. “So we investigate our officers and when we have evidence to charge, we charge criminally and internally.” Phillip also indicated that both officers will also face disciplinary action within the police department.

Bol served on Ambergris Caye for a little over two years without any incidents. He arrived on the island as a Corporal in 2014 and upon his transfer he left as a Sergeant. Requeña on the other hand, was arrested and charged in 2015 for extorting a tourist in Caye Caulker. According to a police report, on April of that year, a 25-year-old tourist reported to the Caye Caulker Police Station that she was extorted by a police officer.  She stated that she was at an establishment on Crocodile Street along with some friends in the possession of a small quantity of marijuana in her hands, when a police officer approached her. Upon request, she showed it to him. The police officer told her that she was going to jail. The tourist said she was afraid of going to jail and as such the police officer asked her for money in return. He extorted $800BZ from her.

Bol and Requeña are expected to return to court on November 14, 2017.