On Thursday, December 11th between 6AM and 2:30PM, a team of San Pedro Criminal Investigation Branch (CIB) and Special Branch personnel conducted a joint anti-drugs operation within San Pedro Town. The operation is aimed at reducing the presence of drugs in the island, especially during the Christmas season. The following persons were detained and charged for “Possession of Controlled Drugs”. 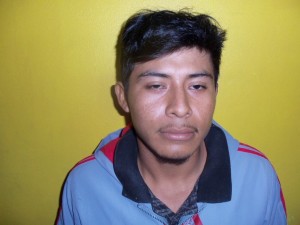