San Pedro Police officers along with invited guests, gathered at Fido’s Courtyard on Saturday, January 10th for the annual Staff Appreciation and Christmas Party. The event was organized by Tammy Peterson with assistance from the San Pedro Police Department senior officers and the business community. At the event, officers got to enjoy a delicious meal and some even received awards for their hard work throughout the year. 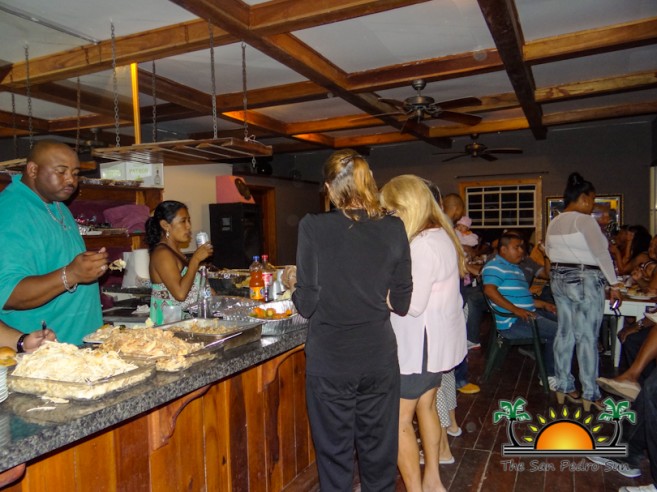 According to Deputy in Charge of the San Pedro Police Department, Inspector Henry Jemmott, the party serves to show appreciation to the hard working officers in a fun environment along with their family and friends. “This year has been good to the San Pedro Police Department. We have seen a stronger community involvement and are seeing police officers diligently improve in the service they offer to the people,” said Inspector Jemmott. The officers enjoyed a delicious turkey dinner with all the sides as well as accompanying cocktails. 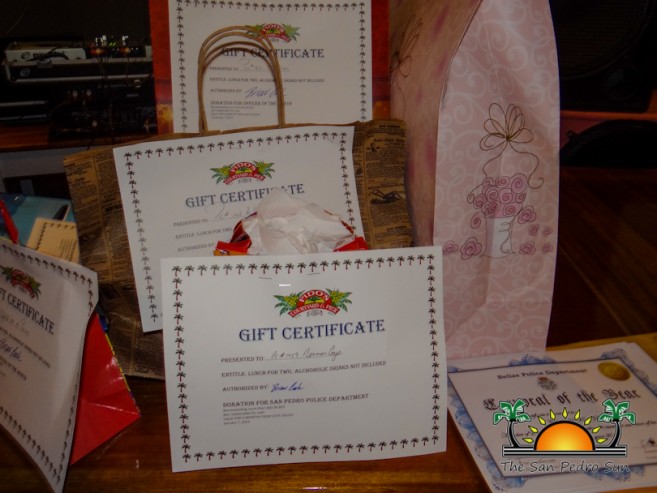 Awards were also issued during the event. The Officer of the Month award for December went to Police Constable 1361 Carlton Carr. He demonstrated outstanding performance within the police department during the month of December 2014 and as such, was awarded for his hard work. Corporal Kirby Palma received the Corporal of the Year award for his continued contributions towards the San Police Department throughout the year. 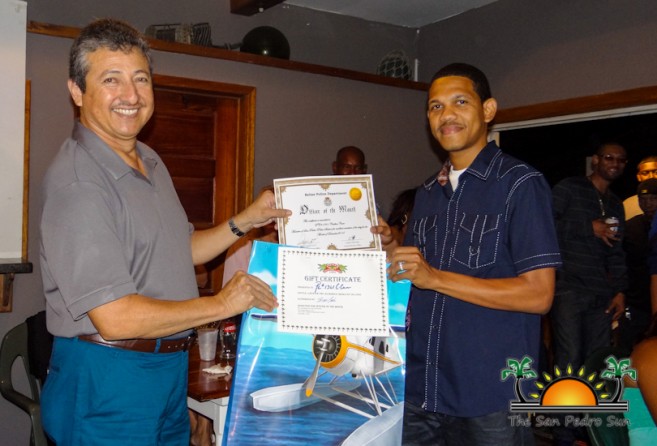 December Officer of the Month

The Most Arrests award when to PC 102 Andre Almendarez. He recorded the most arrests made in the month of December 2014. PC 971 Juan Choc received the Humanitarian award for his strong involvement in the community. Not only is PC Choc in charge of the San Pedro Cadet Corps, but he also assists in the Gang Resistance Education and Training Program aimed at assisting children to stay away from crime. An award was also given to the officer that showed the most improvement throughout the year, and the recipient for that award was none other than PC 1459 Norman Coye Jr. 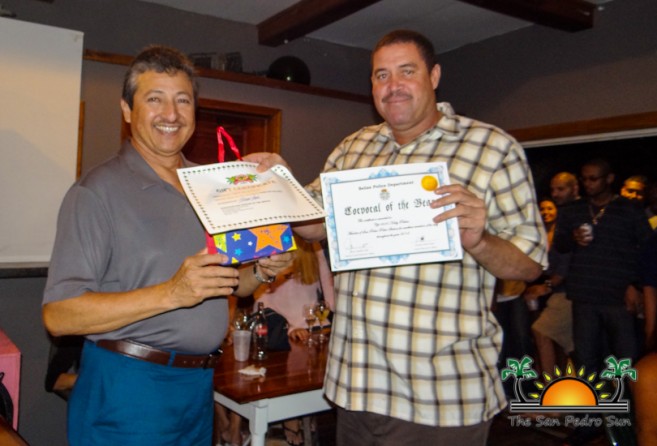 Police Constable of the Year 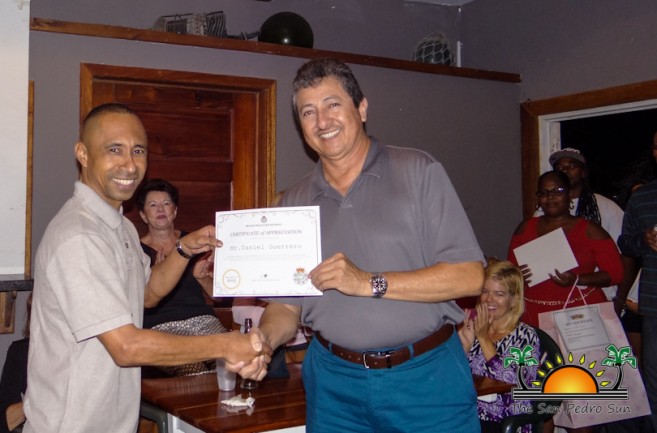 The San Pedro Police Department would like to congratulate all officers that received awards, and extend sincere thanks to all those who have helped the department throughout the year. Inspector Jemmott encourages all officers to continue the good work and expects the San Pedro Police Department to only improve in 2015.
Special thanks goes out to all the individual and business that made the party a success, including: Tammy Peterson, Cindy Frith, Grand Caribe Resort, Janet Martinez – Casa Azul, Amy Knox – Wild Mangos Restaurant, Janet Woollam – Victoria House Resort, Jo Sayer – Kakaw Chocolate Factory, Dave Hesse – Las Terrazas Resort, Kelly McDermott – Blue Water Grill, Tara Darrall and Noele McLain- Zen Arcade, SunBreeze Hotel, Charlie Jones – Ragamuffin Tours, and Brian Cook – Fido’s Restaurant and Bar.