Shooting
On Wednesday, July 21st at 7:30PM 45-year-old, Calvin Chi Sr. reported that around 7:20PM while he was at home in the San Mateo Area, he heard someone shouting “Leroy” from in front of his residence on the street. He replied “Leeroy nuh the yah”, shortly after that, he heard about seven gunshots coming from outside of his fence. As a result he saw two male persons running away from the residence. Following the report and inspection of the crime scene, two male minors were detained in relation to the incidents.
Found firearm 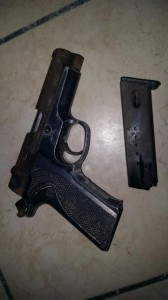 On Thursday, July 22nd at 10AM, acting on information, a joint team of Special Branch and Criminal Investigation Branch personnel conducted a search in an abandon lot in the San Mateo Area, San Pedro Town which led to the discovery of a 9mm Smith & Wesson Pistol (serial number unknown) and an empty magazine. No one was in the area so the firearm was deposited as found property. Police believe the weapon to be that used during a shooting incident that occurred on Wednesday, July 21st.
Drug Trafficking 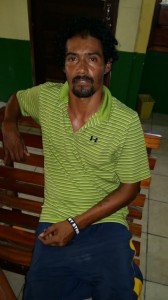 On Tuesday, July 16th at noon, acting on Special Branch Intelligence, a joint team of Special Branch and Criminal Instigation Branch personnel conducted search at an apartment room occupied by 37-year-old Kirt Jason Cruz in the San Pedrito Area. The search led to the discovery of 4.144 pounds of suspected Cannabis, he was charged for Drug Trafficking.
Found Drugs 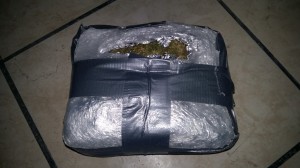 On Wednesday, July 27th at 9:15AM, acting on Special Branch Intelligence, a joint team of Special Branch and Criminal Investigation Branch personnel intercepted a parcel at the Tropic Air Cargo section in San Pedro Town containing a total of 534 grams of suspected Cannabis. The package was labelled and deposited as found property.