« Older: Alfonso Wiltshire back in jail
Newer: » Albert Lawrence receives Officer of the Month award for May


A Guatemalan national was found dead well within Belizean territory on Tuesday, May 16th with apparent head injuries. The deceased, identified as 18-year-old Marvin Cristobal Chac Papin, was found inside the Chiquibul National Park near the western border with Guatemala. His body was transported to Belize City for a post-mortem examination. The incident was not linked to any confrontation with Belizean security forces as stated by the Guatemalan press. 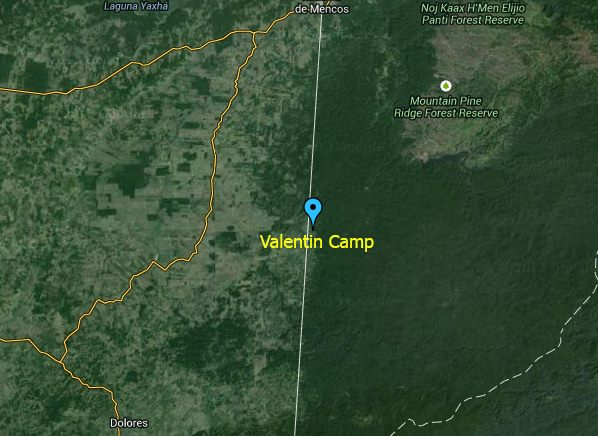 The story surrounding this latest death of a Guatemalan inside Belizean territory evolved as the Guatemalan press reported the case as homicide by Belizean armed forces. Belize’s commander of the Belize Defence Force (BDF), Brigadier General David Jones stated that they are looking at the incident as a case of drowning. “From the patrol members that I spoke to, looking at the body there was trauma to the head and that was most likely because he fell from a cliff to a stream,” said Jones. “The stream is pretty shallow, but based on the trauma to the head, they believe that the fall from the cliff also played a role in his death.”
The alleged reports that a confrontation took place between Guatemalans and members of the BDF were dismissed by Jones. “We heard the information coming out of the Guatemalan press, but did not pay much attention to it. It was only a rumor until it could be proven to be fact,” he said. We wanted to find out what the facts were, so we agreed to assist in locating, and retrieving the body to a local morgue.” Jones also mentioned that apparently two other persons fell from the same cliff, but they only suffered minor injuries.
General Jones is displeased with how the Guatemalan press has approached the situation, calling their reporting erroneous, as no murder occurred at the hands of Belizean security forces. Guatemalan leading media house ‘Prensa Libre,’ posted an article on Tuesday evening, May 16th claiming that the bodies of two Guatemalan men were found in Belizean territory, near the border. The story reported that one of the men was shot to the head. However, this information was twisted, as one of the victims they referred to was Guatemalan national, Eduardo Caal, who was shot and killed on the coastal road near la Democracia Village in the Belize District over the weekend. He was reportedly killed by robbers who were looking to escape from the area. Another online article, this time from Canal Antigua TV published an article blaming the BDF soldiers of shooting and strangling the deceased.
In the past months, the illegal incursions by Guatemalans into Belizean territory have dramatically increased as they look for gold in the streams of the Chiquibul National Park. Illegal farming, poaching and deforestation has always been an issue, and has led to an increasing demand for frequent patrols by Belizean security forces, who on many occasions, have been involved in confrontations with Guatemalans.
The Organizations of American States, along with the security forces from both Belize and Guatemala, including both Foreign Ministries continue monitoring the situation along the Belize-Guatemala western border.