Police have officially released an arrest warrant for the alleged culprits involved in an incident that left 21-year-old Kevin Brown unconscious. Initial reports indicated that the incident was cause by Wasani and Jafari Castro, sons of Minister Edmond Castro. However, the Belize Police Department Press Office immediately dispelled the allegations as just rumors, citing that “no report has been made”. It was not until a week later, on Saturday, August 12th, that warrants for the arrest of Jafari Castro, Gilbert Franklin Junior and James Young Junior were issued. 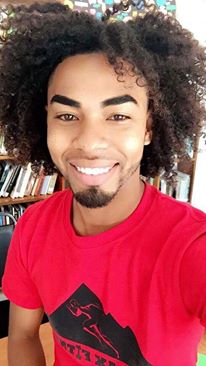 Brown, who was attacked during a dispute over a piece of jewelry on Sunday, August 6th at a resort south of San Pedro Town, was hit in the head with fire extinguisher. He was taken to the Dr. Otto Rodriguez San Pedro Polyclinic II at around 9:05PM in an unconscious state. Brown was later transported to the Karl Huesnuer Memorial Hospital in Belize City, where he regained consciousness and his now recovering at home in Camalote Village.
In an interview, Assistant Commissioner of Police, Edward Broaster clarified the confusion regarding the arrest warrant for Castro. “While their names were called in the infant stages of the investigation, there was nothing official. I believe that was the message that the press office conveyed to the media, that there was nothing official regarding that issue. We have something official now, hence the reason why the warrants were issued for the three individuals named. A couple days ago, we managed to record a statement from [Kevin Brown] and we have gotten statements from other witnesses which have enabled us to issue these warrants,” said Broaster.
Incidentally, the person who first cited Castors involvement in the incident was Inspector Fitzroy Yearwood, formerly attached to the Press Office. Yearwood had sent out a report to the Belize media on Wednesday, August 9th stating “Police are looking for the Castro brothers for questioning” in regards to the incident. The following day, another member of the Press Office stated that “there was no report made against them” alleging that Fitzroy had provided wrong information. It was later announced, that Fitzroy was also no longer part of the Press Office, as he had been transferred to another department. The Belize Police Department remain adamant that Fitzroy’s transfer was not because of the incident regarding the naming of the Castro brothers as suspects in Brown’s case. Instead they claim the transfer was something previously arranged. But according to Fitzroy himself, the transfer came as a surprise. “I did not know that I had got an immediate transfer until I saw it on the news. As far as I know, I have a whole lot of personal issues that I’m dealing with and I requested some leave to deal with it. I cannot go in depth to explain that, but when I watched the news last night I heard something about my work ethics. I do not like it when I am being criticized by someone that displays no kind of ethics at all and then worst, to criticize my work ethics. For 21 years I have been serving the people of Belize. I do not serve any other police officer, I serve my country and if they want to criticize me publicly then bring your evidence forth. But as far as I know, I have heard a rumor, something about the Castro brothers and a report. I do not put out reports that are not sent or forwarded to me by officers commanding various formations. I have nothing to apologize for because that’s my job; I send out reports. I am not anyone that believes I should mislead the general public, but if something is sent to my desk it is my responsibility to seek the assistance of the public to try and solve the crime. As long as you are wanted and it’s sent to my desk I will send it out,” said Fitzroy in an interview. 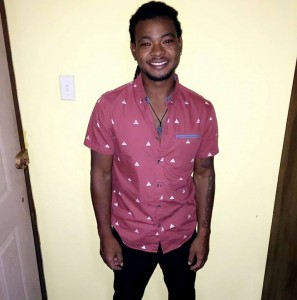 Jafari Castro had a previous run-in with the law on Friday, July 14th, when he along with his brother, Wasani were detained for traffic offenses. According to a leaked report, Constable Shedrick Caliz demanded court action against the Castro brothers for multiple offenses, including intentionally obstructing a police officer, resisting lawful arrest, using obscene language, aggravated assault, driving an unlicensed motor vehicle, and failing to produce driver’s license on request. But no charges were ever made and the Castros walked free the same day of the incident. At the time Southside Commander ACP, Chester Williams indicated that the leaked report was just an act by an officer attempting to cause “mischief”.
On the same date, the Castro brothers were once again detained when they were caught by the Customs Department for carrying 89 cases contraband beer in the Orange Walk District. This incident was settled out of court in an agreement made between the Customs Department and Castro’s attorney.
Up to date, police have detained Jafari Castro and Gilbert Franklin.