On Tuesday, December 19th, Caye Caulker resident, 37-year-old Peter Schmidt was formally charged along with another man from Lord’s Bank Village, 33-year-old Carlos Lopez with ‘Possession of controlled drugs with intent to supply.’ The duo was busted by police on Sunday, December 17th in the Buttonwood Bay area of Belize City with five kilos of cocaine and an unlicensed 9mm pistol with 11 live rounds of ammunition inside a white Toyota 4Runner they were in. During the arraignment at the City’s Magistrate Court, they were both denied bail but informed that they could apply for a release under security through the Supreme Court. Both men were then remanded to the Belize Central Prison until their next court date scheduled for March 8, 2018. 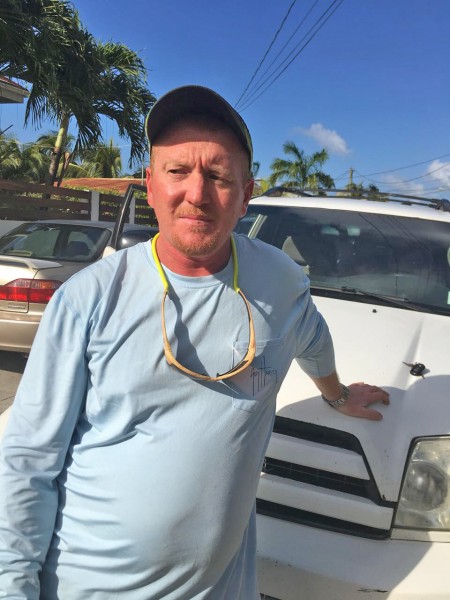 The police have stated that the men were being monitored at a café in Belize City early on Sunday. Later that day around 2:30PM, the police patrol caught up with Schmidt and Lopez in the Buttonwood Bay area of the City where they were ordered to pull over. Upon conducting a search of their vehicle, police discovered five bricks of suspected cocaine, each weighing approximately one kilogram. According to the police, the suspected drugs were stuffed inside a knapsack on the backseat of the vehicle. The 9mm pistol along with the ammunition was discovered stashed beneath the passenger’s seat. Both men were immediately placed in police custody. 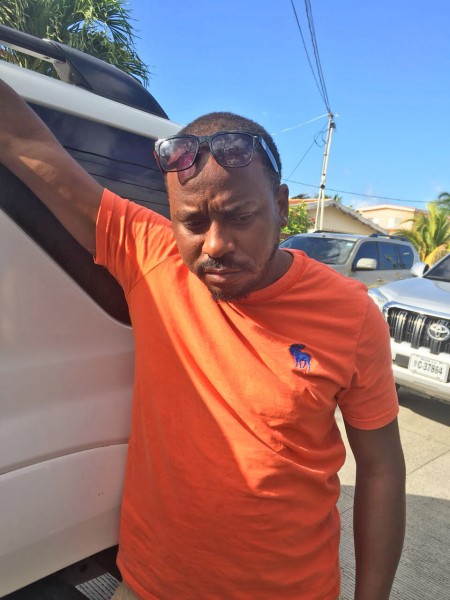 “This was as a result of a sophisticated operation with the combined efforts of the anti-narcotics unit, the Special Patrol Unit and the Mobile Interdiction Team,” Assistant Commissioner of Police Edward Broaster told the media. 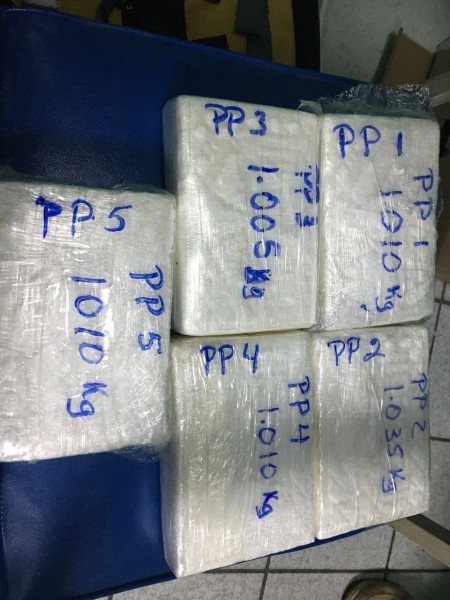 This is the second major cocaine bust police have made during this month. On Wednesday, December 13th a man from Ranchito Village in the Corozal District was busted with six kilos of cocaine inside his vehicle when he was attempting to cross the border into Mexico. According to the official police report when he was discovered, he quickly abandoned the vehicle. Up to press time, police has not been able to apprehend the suspect.