On Friday, February 22nd, island taxi driver, 59-year-old Noel Wiltshire was released from imprisonment on a $10,000 bail offered to him by Justice Herbert Lord in Belize City. Wiltshire had been locked up after being charged for Attempted Murder, Use of Deadly Means of Harm and Grievous Harm against his ex-common-law wife 48-year-old Guatemalan National, Maria Cristino Mateo. On December 7, 2018 Wiltshire had attempted to get bail, but his application was denied and he was remanded to the Belize Central Prison. 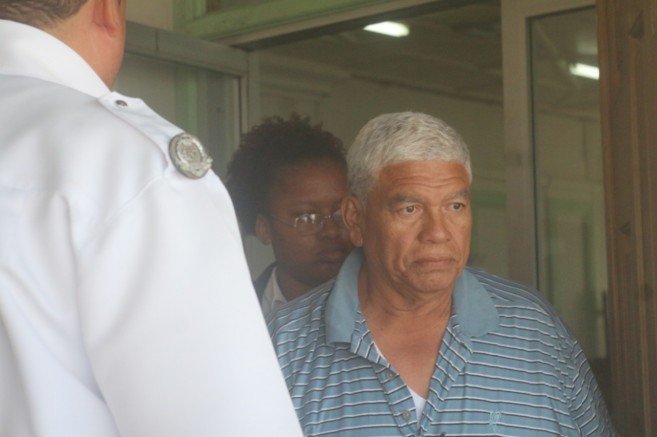 Mateo told police that on September 27, 2018, she was walking on Nurse Shark Street heading towards Pelican Street with her common-law husband, Misael Rufino Riviera and a female friend, when she saw a white van coming at high speed towards her. According to the report, she quickly moved to the extreme left side of the street and tried to hide behind a lamp post. The left side of the van allegedly collided into the lamp post, and also struck the left side of her knee causing her to fall to the ground. The driver the feversed and drove towards her again. Before the van could ran her over, Mateo said that her friend managed to pull her away from the van’s path. When the vehicle hit the lamp post again, Mateo was able to recognize the driver to be her ex-common-law husband, Noel Wiltshire. After the incident, Mateo said that she was taken to the Dr. Otto Rodriguez San Pedro Polyclinic II, where the doctor classified her injury as grievous harm. Mateo claims that a day before the incident, Wiltshire had threatened to kill her.
Wiltshire has denied these allegations stating that his ex-common-law wife is lying. His was granted bail on the condition that he does not interfere or communicate with Mateo either personally or via a third party. In addition, Wiltshire is not to go within 100 yards of his ex-common-law wife. Wiltshire was represented in court by attorney Oscar Selgado, while the Crown was represented by Senior Crown Counsel Shanice Lovell.