The Belize Airport Authority has new board of directors

The Belize Airport Authority (BAA) has a new board of directors after it was dismantled six months ago following a major scandal. Even though no official announcement was made by the Government of Belize (GOB), The San Pedro Sun can confirm that the new board has been meeting, and that two of the new board members are well known residents of San Pedro Town. 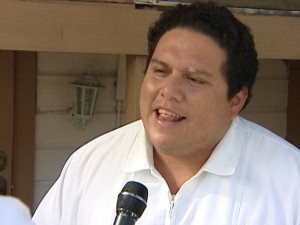 Chairman of the new Board of Directors is Attorney Mikhail Arguelles who is the brother of the former Speaker of the House of Representative Emil Arguelles. Severo “Severito” Guerrero, councilor at the San Pedro Town Council is the vice-chairman, while the secretary of the board is Leila Peyrefitte, a former Belize City Councilor. Other board members include current United Democratic Party (UDP) Orange Walk East Standard Bearer, Elodio Aragon Jr., Nyani August, wife of UDP Party Chairman Alberto August, Gary Greif who is representing Tropic Air, Chief Executive Officer in the Ministry of Tourism and Culture Tracy Panton who is acting as an ex-officio member and BAA General Manager John Waight.

The last board was asked to resign and was dismantled following a major scandal that saw the intervention of the Cabinet and the Prime Minister Dean Barrow. The scandal involved issuance of a large number of checks made out to the then Minister of State with responsibility for the BAA, Hon. Edmond Castro. There were also allegations that several other checks were made to cover the Belize Rural North area representative’s personal and political expenses. The checks were all authorized by the former board of the BAA.
After weeks of mounting public pressure, the Barrow administration caved in and asked the board members of the statutory organization to resign. Back then, PM Barrow called the actions of the BAA board “distasteful, but not corrupt.” Neither the BAA nor the GOB has made any announcement about the new board or the selection process for the composition of the new BAA Board of Directors.

Mayors from across Belize convene in San Pedro