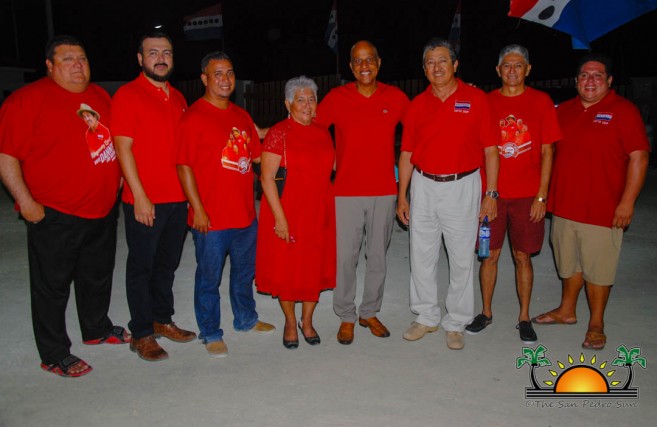 Following the Municipal Elections held on March 7th, the United Democratic Party (UDP) has been hosting victory rallies countrywide in each of the six municipalities that they won. In San Pedro Town, the newly elected UDP town council held their rally in grand style on Saturday, March 17th, with the added presence of Belize’s Prime Minister, the Right Honourable Dean Oliver Barrow. The celebration included a parade through the streets of the town and a program of events at the Honourable Louis Sylvestre Sporting Complex that included official speeches, raffles, and live entertainment. 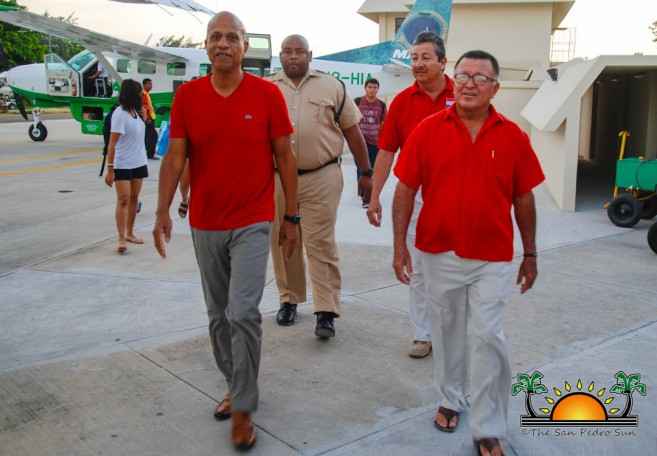 UDP supporters headed to the Maya Island Air terminal to await the Prime Minister’s arrival around 5PM on Saturday, wearing the party’s signature red shirts and proudly waving their UDP flags. When the plane transporting Barrow touched down, newly elected UDP Mayor Daniel Guerrero along with Area Representative and Minister of Tourism and Civil Aviation, Honourable Manuel Heredia Jr., greeted him. Barrow approached the welcoming crowd, waving, hugging and even taking selfies with his supporters. A parade then followed through the main streets of downtown San Pedro, ending at the rally’s assigned venue.

The formalities of the event started shortly after 9PM, with Mayor Guerrero, his six Councillors, Heredia and Barrow taking their seats at the stage. Each Councillor took to the podium to thank their supporters for their vote of trust at the recent Municipal Elections. Mayor Guerrero also thanked the crowd, stating that under the UDP the island’s development has prevailed tremendously. “This island has developed under the leadership of the United Democratic Party,” said Guerrero. “It is time to come together, to unite, and to continue the development that this island deserves. It’s time for us to tell the Opposition to come down and join us in moving this island forward. This island is moving forward and it will continue going forward under the United Democratic Party.” 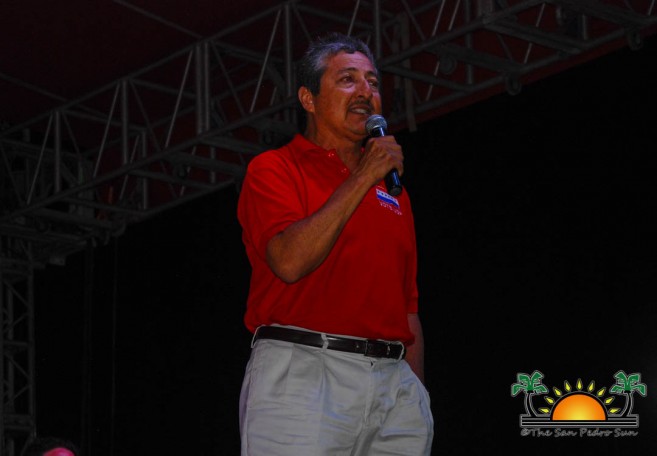 Heredia stated that the marginal results of the Municipal Elections were a wakeup call for the UDP and that they need to govern and treat the people differently. As the Minister of Tourism and Civil Aviation, and the Belize Rural South Area Representative under the UDP, Heredia also has strong ties to the newly elected council in his hometown. “Tourism has never been where it is today,” said Heredia. “It is thanks to your support and encouragement. I promise that together with the Town Council and the Prime Minister, we will continue building San Pedro and the tourism industry.” 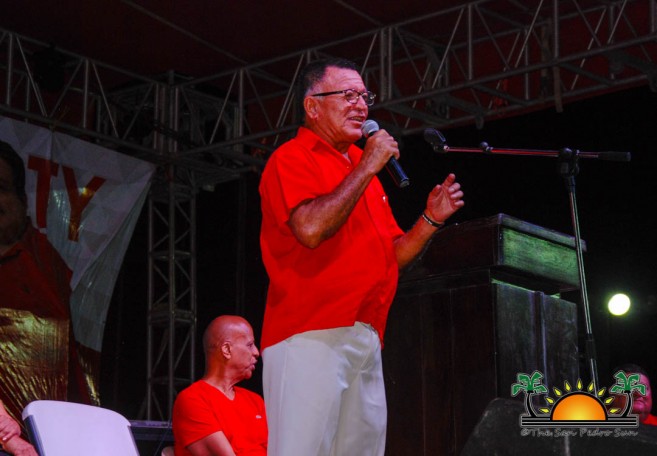 As the formalities of the program wound down, Prime Minister Barrow stepped to the podium to address the crowd. He congratulated the newly elected Town Council, pointing out that San Pedro was the municipality the People’s United Party most wanted to capture. “This was the one they were after,” Barrow said. “San Pedro is the seat of progress in Belize, the repository, and home of people with good sense. When San Pedranos contemplate the degree of progress that has come to La Isla Bonita under the United Democratic Party, why on Earth will San Pedro not vote once more for the UDP 7?” Barrow also stated that the progress and transformation will continue throughout the country, but particularly in San Pedro Town. 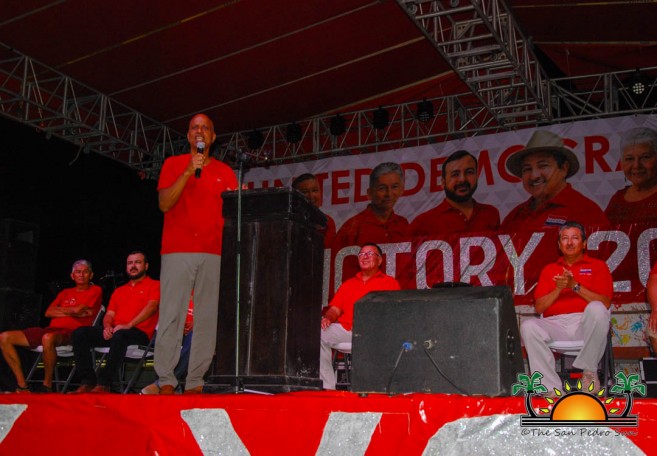 Throughout the event, speakers refrained from addressing the fact that the PUP is preparing to contest the elections result at the Supreme Court. The PUP alleges that they have proof of major discrepancies in the electoral process that took place on March 7th, thus will take the matter to the court and demand for new elections in San Pedro Town.

Following the victory speeches, raffles were held in which lucky winners walked away with fabulous prizes. There was plenty to eat and drink, complemented with live entertainment. The rally went on until the early hours of Sunday, March 18th.