« Older: PUP holds Mass Demonstration in Belize City, calls for an early election
Newer: » Landlords asked not to vacate tenants during this crisis


The United Democratic Party (UDP) has set April 5th for their national convention to elect a new party leader. The announcement was made following a National Party Council meeting on Saturday, February 29th in Belize City.
Party Chairman, Michael Peyrefitte indicated that anyone within the UDP interested in the leadership post has until March 26th to submit their names. He explained that a convention would only take place if more than one name is submitted. “If only one name is submitted, then we have a consensus,” Peyrefitte told the media. 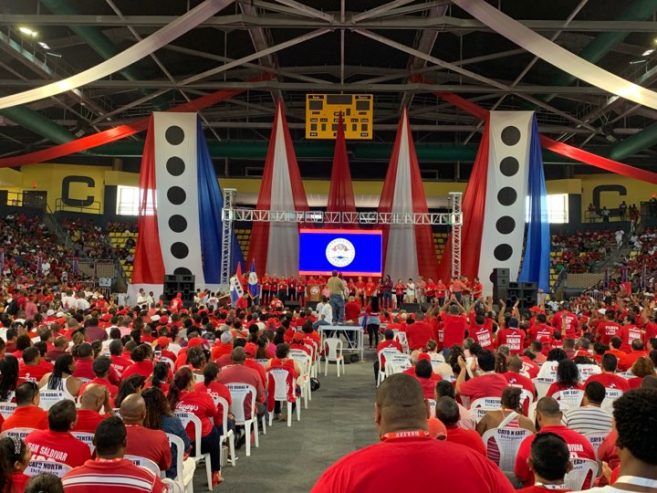 This will be the second convention held by the UDP in an attempt to replace retiring and long-time party leader and Prime Minister Right Honourable Dean Barrow. On February 9th, the UDP held a contested national convention at which former Minister of National Security, Honourable John Saldivar was elected as party leader. However, he was forced to resign less than 72 hours after he was sworn in. Saldivar’s resignation was triggered after evidence revealed in a United States Court that he had received funds from international fraudster Lev Dermen, which he vehemently denied.
It is yet to be known who will be the candidates vying for the leadership of the UDP. After the National Party Council meeting, Minister of Education Honourable Patrick Faber, who contested Saldivar, was asked if he would run again. He did not confirm. Area Representative for Cayo North, and newly appointed Minister for Fisheries, Forestry, the Environment and Sustainable Development, Dr. Omar Figueroa, who allegedly had received support from Cabinet for the leadership position, also, did not offer any hints if he would be offering himself as a candidate.