As previously declared, the People’s United Party (PUP) saw thousands of its supporters come out on Sunday, February 23rd to participate in their anti-corruption demonstration in Belize City. The march started on Albert Street and concluded at Battlefield Park, where the leader of the Opposition, Honorable John Briceño, and his standard-bearers gave charged speeches to the massive crowd. Standard bearers from all over the country were in attendance with their constituents such as Julius Espat (Cayo South), Florencio Marin Jr. (Corozal Southeast), Mike Espat (Toledo East), Kareem Musa (Caribbean Shores) and Andre Perez (Belize Rural South) among others. The demonstration was prompted by the recent scandal involving Belmopan area representative, John Saldivar. His name and involvement with fraudster Lev Aslan Dermen are associated with an ongoing trial in Utah, United States of America. 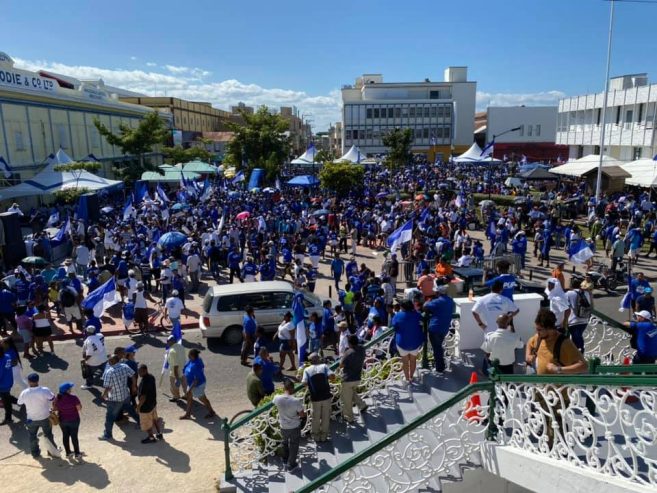 Two weeks prior to the march, Briceño outlined his party’s agenda and called for 10,000 of their supporters. The agenda made proposals for a forensic audit by an independent third party, for legal action to be taken against those responsible for illegally spending 1.5 billion dollars, for all contracts over five million to be disclosed, and for the government to properly address the concerns of its people. As for the number of supporters who showed up, The PUP claimed about 15,000 but the Commissioner of Police, Chester Williams confirmed that it was between 7,000 and 8,000. Supporters from out of district or on the cayes were provided with transportation to Belize City. 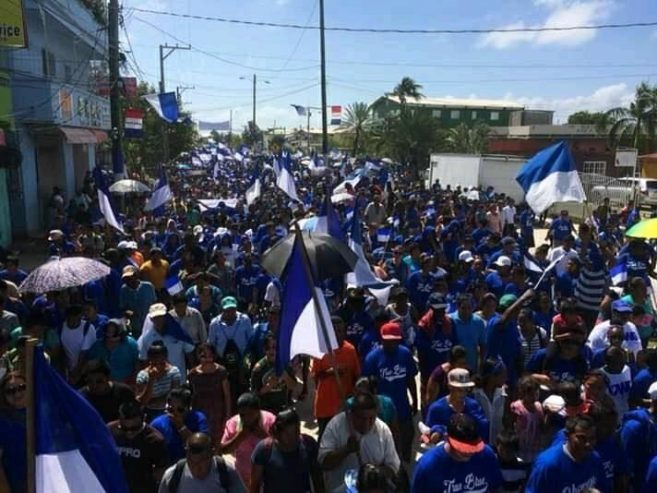 “The message is that the people are tired of the UDP government. They are tired of the corruption,” said Briceño to Channel 5 News. While the central message was anti-corruption, many supporters were there for other reasons, including lack of development and opportunities in their communities, lack of transparency from the government, and quite a few demands for an early election. 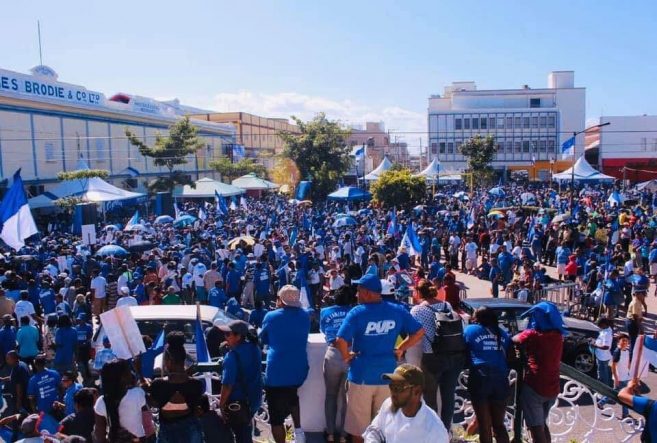 Still no confirmed date for General Elections
Despite the number of people demonstrating and demanding change, there has been no indication of whether elections will come early this year. Current sitting Government, the United Democratic Party (UDP), under the leadership of Prime Minister Right Honorable Dean Oliver Barrow, has seen its share of issues of late. 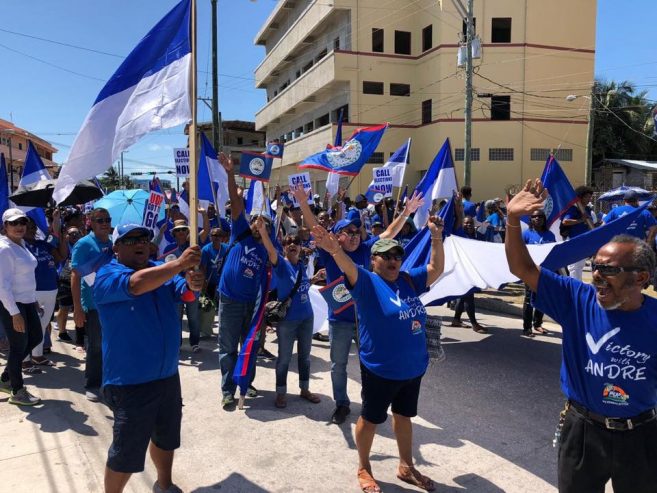 Prime Minister Barrow indicated that he would be stepping down from Party Leader after 21 years in that position. On Sunday, February 9th, Belmopan Area Representative John Saldivar was elected Leader of the UDP at a convention in Belize City held at the Civic Center, but just 72 hours later, he was stripped of the title. Already deep in controversy in the days leading up the convention, Saldivar was named in a fraud case involving an associate, Lev Dermen. It was confirmed through evidence presented at the Utah court that he had received monies from Dermen on multiple occasions. Up until that point, Saldivar vehemently denied receiving any money. While he remains an Area Representative, he resigned as Minister of National Security and was replaced by Honorable Michael Peyrefitte on Tuesday, February 18th. Saldivar now admits to receiving money from Dermen but claims that it was campaign donation money and not bribes. 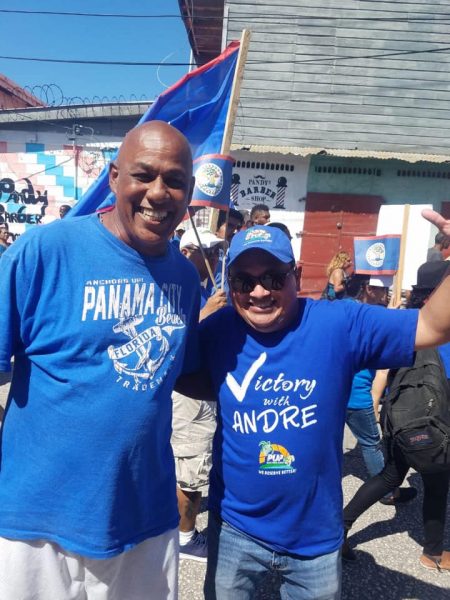 As a result of Saldivar’s resignation, Hugo Patt went from Second Deputy Leader to Deputy Leader of the UDP. PM Barrow remains the leader and Prime Minister, but it is believed that a UDP National Party Council meeting, slated for Saturday, February 29th, things will change.